Data and intelligence have never been so valuable… 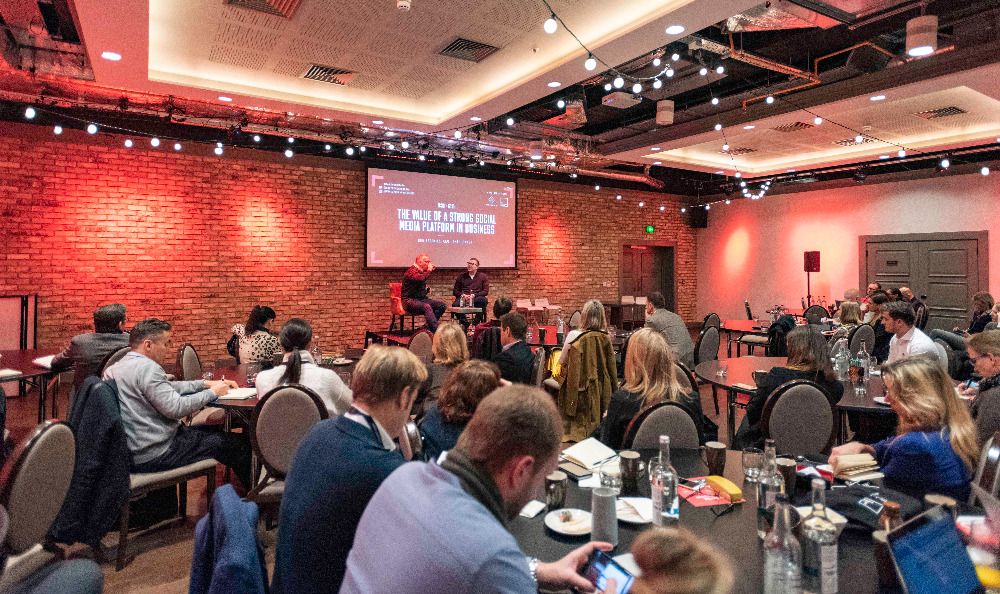 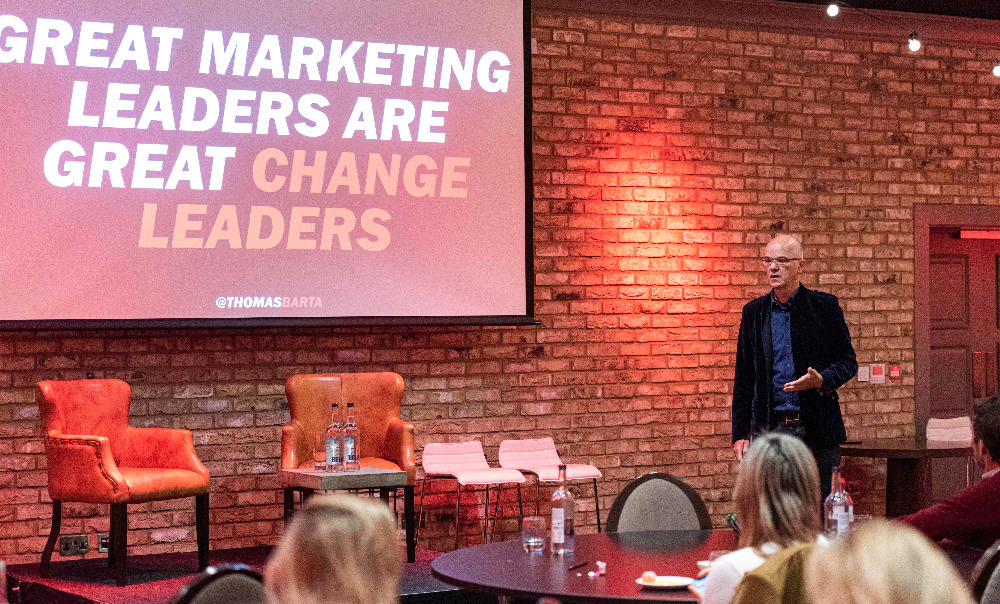 While I am still relatively new to the superyacht industry, I felt the benefit of the intimate nature of The Superyacht Marketing Forum was apparent from the outset: delegates were able to speak directly with those on stage, allowing for candid debates and discussions resulting in an openness for sharing previously un-mentionable frustrations, and suggested solutions moving forward. Across our various Forums throughout the year, the most memorable workshops and keynote sessions I have attended have been those that have included disagreement, because disagreement is often key to progress.

Day two began with a panel discussion entitled, ‘Content Rules’, looking at how to generate more engaging and interesting stories to ensure maximum media exposure, and thus the session quickly focused on the relationship between journalists and PR professionals. Having previously worked in PR, and now for The Superyacht Group as a journalist, I have seen it from both sides of the coin, and it is clearly an essential topic of conversation.

“A number of businesses [within the superyacht industry] are now having to act as their own media companies, and they are struggling to do so because they do not have the internal structures or training in place...” - Alev Karagulle, Founder - Pulse of Luxury

One of our four panellists, Alev Karagulle – Founder, Pulse of Luxury, suggested that “a number of businesses [within the superyacht industry] are now having to act as their own media companies, and they are struggling to do so because they do not have the internal structures or training in place.” Explaining the reason behind this, Karagulle’s insight proved hard-hitting. “Most PR companies that say they work with luxury brands will admit that dealing with those within the marine industry are challenging. Therefore, they are becoming their own media companies,” she explained.

Perhaps a way to reduce the aforementioned challenges PR companies are facing with the marine industry is to rethink the nature of the news these businesses are wishing to share. As it is the PR companies’ responsibility to disseminate the news, the content is key. Panellist Matteo Tivegna – International PR & Media Relations Director at Spencer & Lewis, encouraged businesses to, “use your workforce to promote your brand and the culture of your brand. Create material with these people to be shared with journalists. This will result in more dedicated content."

One question that arose from the crowd was regarding the-then heavily debated issue of sponsored content. Addressing the panel, the delegate asked, “Do you think sponsored content is detrimental?” In response, William Mathieson – Editorial and Intelligence Director at The Superyacht Group argued that “any initial piece of sponsored content is only the beginning of your relationship with a magazine/journalist,” emphasising the fact that companies who are frequently featured in our publications are those who we have built strong editorial relationships with, who are open to sharing their stories and trust the publication with the information they are providing.

The session concluded with each panellist’s ‘golden rules for good content’. “Have your content strategy in place”, commented Karagulle. “Know your contact,” began Tivegna. “Imagine your press release in multiple ways – not just the initial story or piece of news you are sending,” he continued. “Know your audience and what they want,” added Mathieson. “Try to balance the message you want to convey from the company with a level of integrity that will make it more digestible for the journalist. If you are sending a press release, remember that this is the beginning of your relationship with that journalist.”

Taking into consideration the additional platforms that are now available to increase brand awareness and spread news, the following session, ‘The Value of a Strong Social Media Platform in Business’ saw Ben Jeffries – Founder and CEO, Influencer, explain the reasons why it is now essential for our industry to jump on the content creator bandwagon.

“Everyone’s on their phones these days because they have access to anyone, anywhere, 24/7, and that is the current power and status of social media platforms" - Ben Jeffries, Founder - Influencer

“Everyone’s on their phones these days because they have access to anyone, anywhere, 24/7, and that is the current power and status of social media platforms,” Jeffries began. While this session was met with consternation by some delegates, Jeffries’ explanation of working with brands such as McLaren to undertake influencer-driven marketing campaigns helped to alleviate concerns, with one client commenting that they would like to work with Influencer.

When asked where Influencer would begin with a client from an industry so sceptical of this concept, such as the superyacht sphere, Jeffries answered this by clarifying the transparency of his company’s patented platform, which holds “behind-the-scenes data of each ‘content creator’, including their follower demographics and interests,” to ensure tangible value.

“Over the next 10 years, I think influencers will be used more and more. We’re seeing influencers being favoured over creative agencies, we’re seeing influencers on TV,” Jeffries continued, noting that two influencers who recently fought in a boxing match received more viewers than the Champions League Final and Wimbledon. This visibility is arguably enviable, but clearly achievable, for any brand wishing to get in front of the next generation of consumers.

Rumble Romagnoli, Founder, Relevance, who lead our session ‘Communication with a Digitally Native Generation’, concurred, revealing that “98 per cent of HNWIs access the internet on a daily basis and 70 per cent of wealthy investors use social networking platforms.”

Harking back to more traditional methods of marketing, Kiran Haslam – Chief Marketing Officer, Princess Yachts, began his session, ‘The Use of TV Advertising’, to unveil the hidden opportunities available to the superyacht industry, with a personal case study from Princess. While running through the case study of Princess’ venture into TV advertising, Haslam revealed some eye-opening figures. “The cost of a DPS in eight issues of an anonymous industry magazine [Ed’s note. not The Superyacht Report] is the same as the cost of running an advert in the first ad break of every episode of Season 8, Game Of Thrones,” which is reportedly watched by an average of 3.2million people per episode. While this is not necessarily targeted, the advertisement introduced people to the brand, and in addition to receiving enquiries about the product, Princess received questions about the story behind the advert from outside of its traditional target audience – spreading brand awareness and utilising the marketing tool that is free for every company: word of mouth.

The remaining marketing tool that was left to be discussed on day two, and one that is increasingly apparent in the superyacht industry, via brands such as Northrop and Johnson, Sanlorenzo and Camper & Nicholsons was ‘Luxury Brand Partnerships’. A panel consisting of Patrick Coote – CEO, Coote & Co., Tim Davis – Chief Marketing Officer, Burgess, and Haslam gave their opinion on the benefits and common pitfalls of partnerships.

"We need to think carefully about brand partnerships to ensure we are doing it for the customers, not for ourselves" - Tim Davis, Chief Marketing Officer - Burgess

“We need to think carefully about brand partnerships to ensure we are doing it for the customers, not for ourselves,” commented Davis, placing the customer in the centre of all decision making – echoing day one’s closing keynote session.

“I think we need to clarify what a ‘brand partnership’ is,” added Coote, “because recently it is just in reference to any brand another business works with, but it’s more strategic than that.”

Looking outside the superyacht industry, Haslam noted, “If we look at how banks work within brand partnerships, they blend in with their partner/s. They don’t wave flags or make their presence overwhelming; they just blend in with the crowd,” – a thought-provoking comment for our industry.

Day two’s closing keynote session, ‘Are you ready for more influence? The 12 Powers of a Marketing Leader’, saw Thomas Barta, a globally revered expert on marketing leadership, share with our delegates his top tips on the subject. Barta touched upon his findings further to undertaking the world’s largest study regarding what makes for an impactful marketing leader, using over 68,000 assessments, leading delegates through the changes required to take a place at the forefront of their field.

Possibly of most interest to the niche that is the superyacht industry was tackling the problem of, ‘How to create a movement’. While researching this, Barta considered, ‘What drives business impact?’ and found that “a change in leadership skills is responsible for 55 per cent”, therefore recommending that our delegates talk to people when an idea comes to mind, creating energy around the idea until someone latches on to it, resulting in a ripple effect of enthusiasm – a movement.

Pulling up a slide with alternative job titles such as, ‘VP of Cool Stuff’, ‘Budget Burner’, and ‘Head of Fancy Campaigns’, Barta was not afraid to tell our delegates, “You’re not necessarily trusted as a marketer, but that’s just a challenge we have to work with and overcome!”

It is clear that a company’s ability to really understand a brand's identity, based on its own strategic data and intelligence capacities, is proven to be an essential feature in a strong and engaging marketing campaign

When reflecting on The Superyacht Marketing Forum, it is clear that the awareness a company has of its target audience and, ultimately, target consumer, is a crucial point that many of the specialists on stage wished to communicate. It is clear that a company’s ability to really understand a brand's identity, based on its own strategic data and intelligence capacities, is proven to be an essential feature in a strong and engaging marketing campaign and one that helps companies to differentiate themselves within the competitive world of luxury. Above all, we must listen to our customers' objectives to drive the strategy and campaign, rather than adopting a ‘one size fits all’ mindset.

If you can measure it, you can manage it

What is the future of boat shows?

Are you ready for more influence?