SuperyachtNews.com - Business - The legacy of AC36 – from a superyacht perspective

The legacy of AC36 – from a superyacht perspective

With strict COVID-19 border controls, New Zealand missed out on its expected turnout for the 36th America’s Cup… 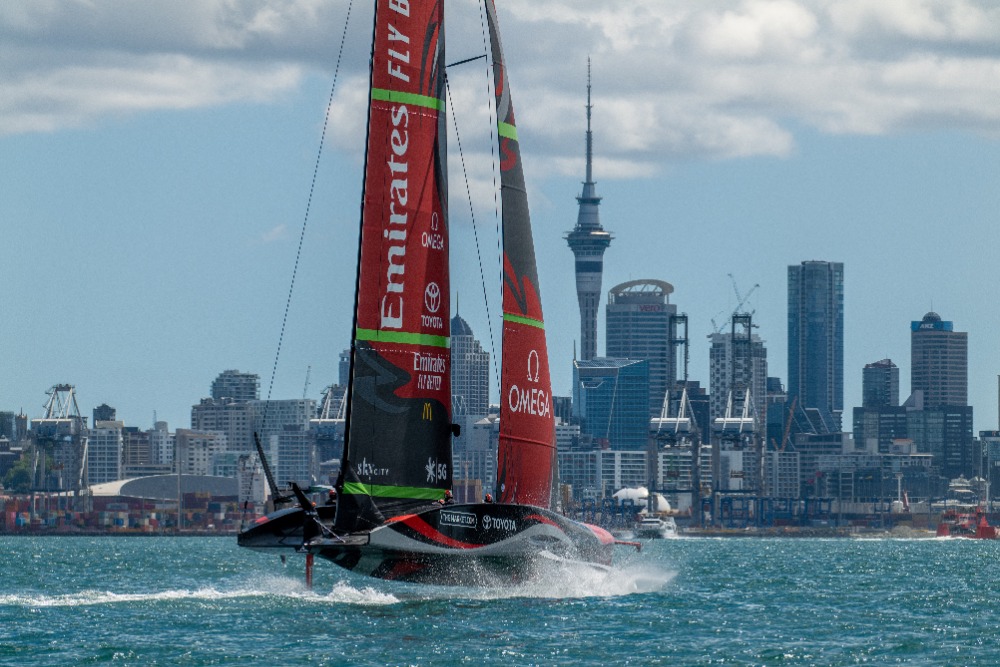 When Emirates Team New Zealand defeated the 35th America’s Cup defender Oracle Team USA in Bermuda in 2017 – bringing the Cup back to New Zealand – the Kiwi yachting community had high hopes for a large superyacht turnout when the time came to host the event. However, these hopes were dashed when the COVID-19 pandemic struck in early 2020, leading to the eventual closure of New Zealand’s borders as part of the government’s strict response to the pandemic, therefore rendering most superyachts unable to enter the country in time for the 36th America’s Cup (AC36).

“Unfortunately, due to border restrictions in New Zealand, a huge number of yachts decided against visiting,” explains Ben Osborne, director of 37South. “Owners with close connections to the America’s Cup syndicates were able to enter the country, which resulted in it being a fairly standard level of superyacht traffic across the summer.”

“There were around 160 superyachts booked in or on their way to New Zealand for the America’s Cup, but we saw about 110 turn around and head back to Europe or the USA, as well as cancellations for the yacht transport ships that were booked in with additional superyachts,” adds Peter Busfield, executive director of NZ Marine Industry Association. As it happened, New Zealand welcomed around 20 visiting superyachts, transforming a forecasted colossal summer season into a season like any other.

A full calendar of events had been organised by the Royal New Zealand Yacht Squadron (RNZYS) and NZ Marine in the lead-up to, during and after the America’s Cup, which included many superyacht-focused events. While the J Class regattas and superyacht fishing competition were cancelled, the RNZYS Mastercard Superyacht Regatta in Auckland and the NZ Millennium Cup Superyacht Regatta in the Bay of Islands were both able to go ahead.

“Whilst the AC36 can be deemed a success for Auckland and New Zealand, there is no doubt that COVID-19 had serious implications on the wider events,” says Aaron Young, commodore of RNZYS. “Initially, we had a significant shortage of berths for superyachts, but by late 2020 we had seen this demand subside to around a third of what was initially projected. The RNZYS had realistic plans and agreed details for a 25-yacht superyacht event, J Class World Championships, Youth America’s Cup and a Sydney-to-Auckland race, to name a few, but these all had to be cancelled or downsized.” 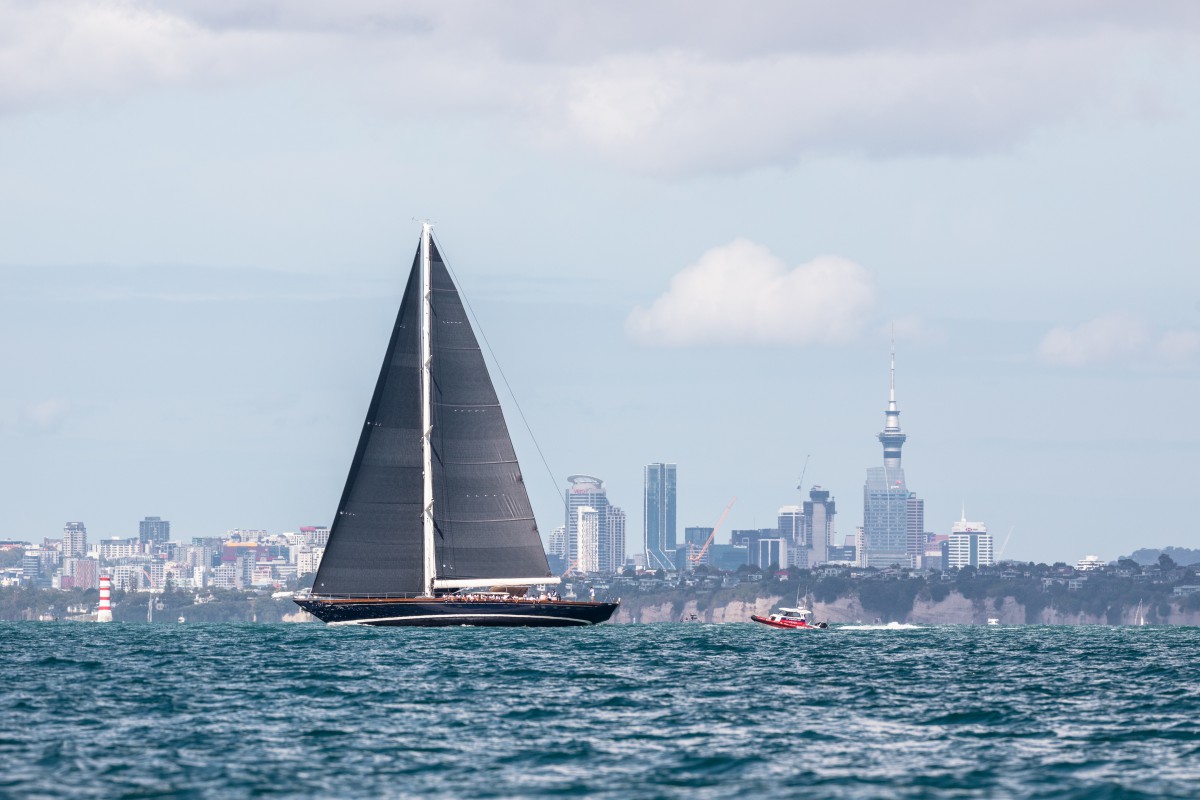 The decline in superyacht attendees was a blow to not only the local yachting sector, which would have directly benefited from an influx of superyachts, but also the local economy in general. For a country hosting a major event such as the America’s Cup, attracting superyachts to its waters that wouldn’t otherwise be in that part of the world can shower the economy of a host city, and its surrounding areas, with money – key to justifying what a government spends on infrastructure upgrades and event organisation to serve as host.

In fact, in a 2017 economic assessment produced for New Zealand’s Ministry of Business, Innovation and Employment (entitled 36th America’s Cup: High Level Economic Assessment Evaluation), superyachts were referenced as one of the biggest contributors to the economic impact of the AC36. The report estimated that, in the best-case scenario, a total of 159 superyachts and their owners would come to New Zealand for the America’s Cup and their direct spending to the local economy would reach more than NZ$300 million.

Furthermore, the assessment concluded that the event would act as a catalyst for several sectors within the economy, and that the “long-term effects of infrastructure investment that is required to host the event will ensure that the Auckland superyacht refit and charter sector is able to grow significantly”. The revenue projection helped to justify investment from the government and the Auckland Council into waterfront upgrades in preparation for the expected superyacht numbers.

With such high stakes for the country’s yachting industry, organisations such as NZ Marine and RNZYS spent much of 2020 lobbying the government to allow superyachts – and their owners and guests – into the country. The lobby- ing had some success as, from July 2020, the government announced a provision that allowed for vessels, including super- yachts, booked in for repair or refit works in the country worth more than NZ$50,000 to apply to enter the country’s maritime borders. However, only the crew were permitted to sail in on these boats, shutting out the owners and guests eager to come to watch the races.

For the local marine industry, however, there were many positives that came from hosting the AC36, even if the superyacht turnout didn’t meet initial expectations. “There was a lot of direct business for the local marine industry in the two years leading up to the event,” reflects Busfield. “A lot of the support boats were built in New Zealand, Emirates Team New Zealand employed around 50 boat builders to build their boat, and the likes of Southern Spars built the rigs for the challenging syndicates. I think the international broadcasts of the racing will also have given New Zealand promotion as a destination.”

Furthermore, the investment into infrastructure ahead of the event saw upgraded facilities at the waterfront area in Auckland, with the number of superyacht berths increased up to around 80, additional restaurants and the area generally smartened up, all of which will be beneficial to superyachts visiting Auckland going forward. Much of the infrastructure has a 10-year permit and is reserved for America’s Cup activity, so it is ready to be used again.

“Improvements to local infrastructure, which included an increased number of berths for 30m-plus yachts, will help to lock in the presence of superyachts in the central-city marinas...”

“Improvements to local infrastructure, which included an increased number of berths for 30m-plus yachts, will help to lock in the presence of superyachts in the central-city marinas,” says Osborne. “We believe that the success of a scaled-back AC36 in 2021 will encourage both public and local investment towards the next regatta here in New Zealand.”

For Young, the upside of the AC36 for New Zealand was that the event was able to be hosted in a basically COVID-free environment. “The shame, however, was that borders were, and are, tight,” he adds. “Having superyachts and visitors come and spend money, not only within the marine and tourism industry but in the wider economy, reduced dramatically. The long-term impact may be that, because some yachts didn’t make it to New Zealand for 2020/21, they may choose to stay away next time around. We hope not as New Zealand has a lot to offer the superyacht world.”

At the time of writing, it is not yet known when the 37th America’s Cup (AC37) will be held. The RNZYS has, however, accepted a Notice of Challenge from the Royal Yacht Squadron Racing (represented by INEOS TEAM UK), which will act as the Challenger of Record, and announced that the protocol governing the AC37 will be published within eight months. There are a number of different options, but it is intended that the venue for the match will be determined within six months and the dates of racing will be announced in the protocol, if not before.

Busfield is optimistic for the next edition. “As long as the borders are open to allow superyachts to enter, we expect there to be huge demand for yachts to visit New Zealand,” he says. “And even if the Cup is not defended for a while, we are anticipating a big demand from superyachts wanting to come and cruise here because we are probably the most COVID-free country in the world.”

“If border restrictions can be eased and the next regatta takes place in Auckland, the city now has the infrastructure to handle much more superyacht traffic,” adds Osborne. “As well as private use, the processes to allow foreign-flagged superyachts to charter in New Zealand provides a genuine commercial opportunity for yacht owners – especially if more syndicates become involved and a greater number of international travellers choose to attend.”

For the AC36’s remote spectators from around the world, watching such a high-drama sporting event unfold in front of Auckland’s beautiful backdrop and crowds with virtually no COVID-19 restrictions in place was like witnessing an alternate universe. While many superyacht owners and guests will have been disappointed not to have been at the event, such a display will only add value to New Zealand’s image in future, and perhaps attract more attendees for the next edition when the pandemic will be (hopefully) a distant memory.

This article appears in full in the recently-published The Pacific Superyacht Report. For complimentary digital access to the magazine, please click here.

Connectivity considerations in the Pacific