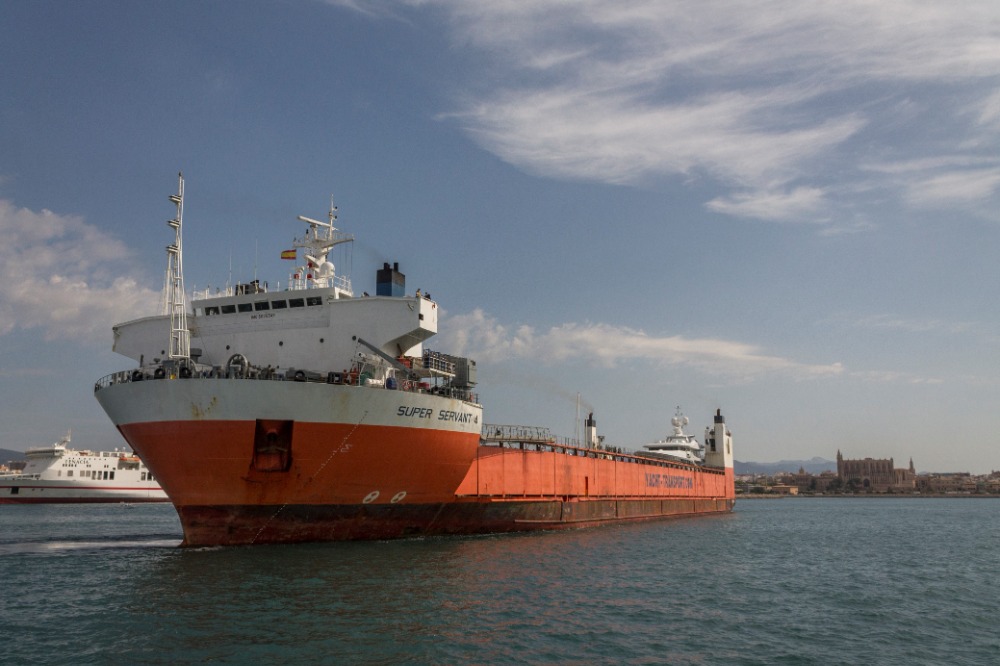 On 8 June, DYT’s semi-submersible vessel Super Servant 4 unexpectedly listed heavily to starboard during load-out. DYT has confirmed that, due to an electrical failure, a limited amount of ballast water transferred from the port to starboard side. This, combined with smaller electrical issues, led to heavy listing of the carrier.

On 13 June, the Super Servant 4 safely resumed ballast operations and loaded several more yachts bound for Genoa and Florida. The vessel departed from Palma to deliver its remaining cargo in Genoa yesterday. DYT has released a statement advising that the vessel and the incident has been heavily investigated and the necessary measures have been put in place to avoid a similar incident happening in the future.

“The master on board Super Servant 4 took quick action to get the vessel and yacht crew on board to safety,” the statement reads. “Two tugboats were called to assist the vessel alongside the quay. After the electric failure was resolved by the crew, the listing was reduced, and the focus was on safely unloading the yachts on board.”

The vessel has since been thoroughly inspected and, in close cooperation with the authorities, various tests were performed. When it was clear that the situation was safe, the vessel continued operations and the yachts were loaded.

The statement adds; “We would like to clarify that the Super Servant 4 is a submersible vessel. The carrier is designed to submerge (controlled ‘sinking’), if needed, even below the visible catwalks. DYT is not minimising the incident but feels it’s necessary to emphasise the carrier was not sinking.”

There were no injuries or marine pollution as a result of the incident and the damages to Super Servant 4 were minimal. Minor damages to the yachts on board were reported, all of which are currently in the process of being handled by the marine cargo insurance in place.

DYT concludes; “We regret this incident took place, for our clients and concerned bystanders. Our sincere apologies for any inconvenience to the parties involved, especially our valued customers. DYT Yacht Transport will continue to learn from this incident and work towards delivering an improved version of the level of service our clients have come to expect.”