What can we learn from an analogous industry? 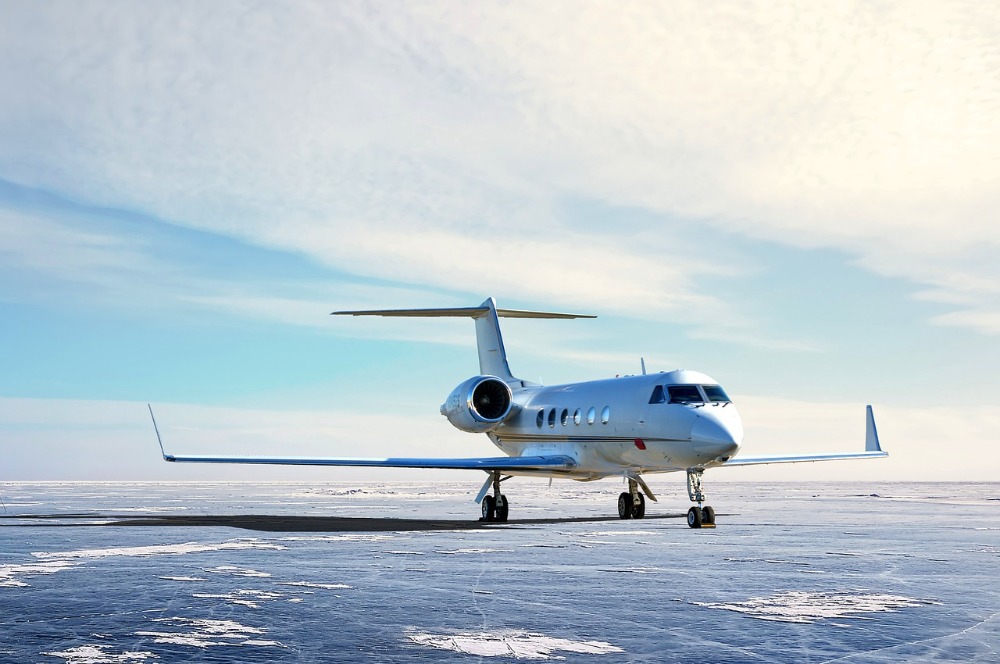 It has been argued often and at length that little can be gleaned from comparing superyacht data and trends to other analogous asset classes given that superyachts are almost entirely leisure-based whereas other asset classes are far more rational. While the sentiment is largely accurate, this argument feels a little reductive in its making. Herein we consider data from the recently published 5-year pre-owned business aviation market forecast 2021-2025 by Jetcraft.

“In the early days of the pandemic, few could have foreseen how quickly new users would realise the benefits of business aviation. This first-time audience, who had the means to fly privately but never previously had the inclination, helped drive the speed and the strength of industry recovery. The final quarter of 2020 confounded all transaction forecasts and 2021 has further demonstrated business aviation’s resilience and growing appeal,” starts the report.

If one were to replace “business aviation” within the above commentary for ‘superyachting’ then the analysis itself would be almost perfectly reminiscent of the superyacht market’s performance since the beginning of the pandemic. Indeed, when the severity of the pandemic became clear, few (no) commentators accurately predicted that 2021 would prove to be a record year for second-hand sales and the best year since before the Global Financial Crisis for new build contracts.

According to Jetcraft, the total number of UHNWIs that use private aviation in any way shape or form is 12 per cent, with only two per cent privately owning their jet. This statistic is similar to a number that is commonly used within the superyacht industry. UHNW wealth statistics show us that a maximum of two per cent of UHNWIs own superyachts, based on the size of the global fleet. However, it should be noted that the superyacht figure does not account for multiple owners or superyachts that are entirely inactive. Indeed, it is more likely that closer to one per cent of UHNWIs own superyachts. It should further be noted that the distinction between private ownership and commercial ownership is far clearer cut in the world of aviation than it is with superyachts.

Nevertheless, the Jetcraft report clearly highlights that the superyacht industry is not as unique as it may feel when it comes to its inability to capitalise on the rapidly growing numbers of UHNWIs globally.

“Slow recovery of commercial airline services, heightened health and safety concerns, and continuing expansion of products and services in business aviation have accelerated the pace of the journey to ownership,” continues the report.

Once again, the analysis of the second-hand private aviation market appears as if it is holding a mirror to the superyacht market. Concerns over commercial travel, hotels (even luxury ones) and improved systems for dealing with clients have helped speed up the transaction process as a result of the pandemic. It is also worth mentioning that although it is not mentioned in the Jetcraft report, it would seem likely that the private aviation market is also benefitting from the same phenomena that have led to superyacht owners getting younger as a result of the pandemic. 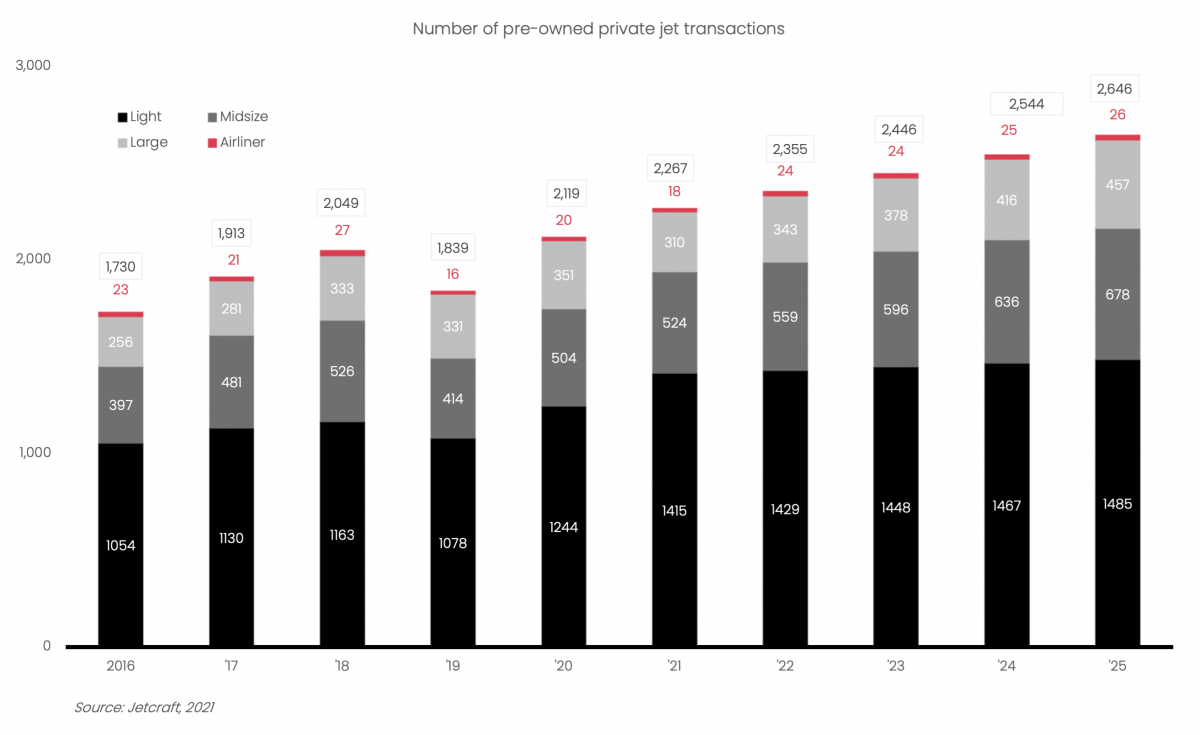 The above graph highlights the number of transactions that have taken place with the pre-owned private jet market since 2016, as well as forecasting the market’s likely performance up to 2025. It is fair to say, unfortunately, that the second-hand aviation market was already on a more impressive trajectory than the superyacht brokerage market. Click here to see some analysis of the superyacht brokerage market. Nevertheless, given the similarity in trends between the two market’s that have been expressed above, that private aviation is forecasted to grow certainly supports the findings of our own brokerage data and indeed the finding of The Superyacht New Build Report, which is scheduled for delivery in February 2022.

“Unlike during the 2004-2008 bubble, values are predicted to remain rational,” says the report. “Far from mere market exuberance, transaction value is stabilising as a result of low inventory and high demand.”

Speaking with SuperyachtNews earlier in the year, Jonathan Beckett, CEO of Burgess, commented: “…as it stands prices are sensible. There is no more COVID pricing, you can’t go out and find a cheap deal for excellent superyachts but, equally, I don’t think prices are overinflated by the demand at the moment. Prices seem fair, which is terrific.”

Lastly, Jetcraft predicts that as a result of OEM backlogs and high buyer demand, many first-time buyers will be looking to enter the second-hand market rather than buy new. Again, this statement accurately reflects the situation that the superyacht market finds itself in today.