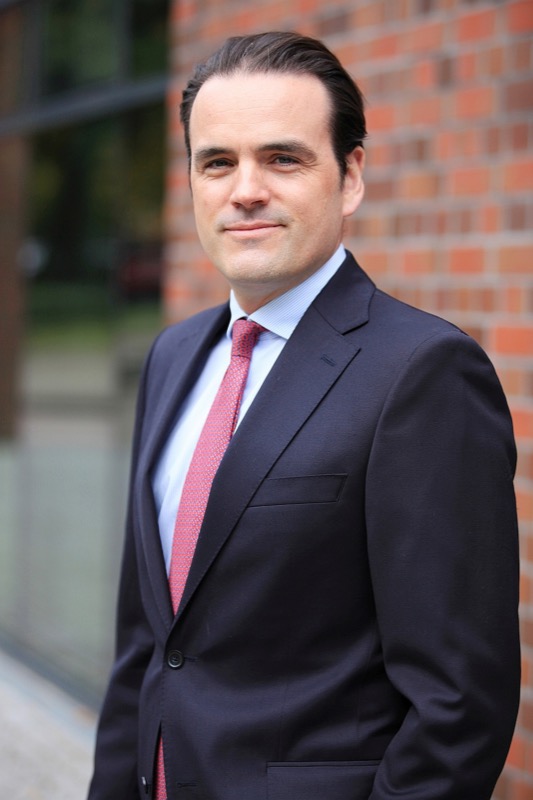 On 19th August Lars Windhorst, founder and owner of the Tennor Group, took over the renowned superyacht shipyard Nobiskrug in Rendsburg, Germany. In a recent press release it was announced that the total 645 employees at Nobiskrug and FSG would work together in synergy between the two shipyards. SuperyachtNews spoke exclusively with the newly-appointed CEO of Nobiskrug , Philipp Maracke, who also heads FSG, about the future of the two shipyards and how they will operate under one roof. The company plan to increase the rate of production and are aiming to feed the market with more eye-catching and iconic superyachts on a more regular basis.

Maracke outlined three key benefits of the new model: “Firstly, there is less idle time, more productivity and an ability to shift resources. Secondly, if you look at the two facilities, one is perfect for steel construction and pre-outfitting and the other one with the two dry docks and huge space is perfectly situated for outfitting. So, we will do the construction of the steel hull in FSG, and then ship it to Nobiskrug to continue the work. Thirdly, both companies have good solutions for different applications. But what we are going to do now is cherry-pick the best and streamline.”

Before the insolvency and takeover, Nobiskrug was known for producing a small number of highly customised superyachts and developed a reputation for building high-risk projects. Maracke re-enforced the necessity to retain that ‘risk taking’ aspect of the brand while also being able to feed the market with megayachts on a more frequent basis. The 41-year-old CEO went on to explain how the right chord can be struck with clients through investing in the workforce.

“With the takeover of the Nobiskrug shipyard, we are positioning ourselves broadly for the future. Both shipyards have extensive know-how in the construction of specialised and technically complex vessels, which complement each other perfectly. It is the people who will make FSG and Nobiskrug strong as a unit. The mutual support in working across sites will lead to tighter relationships with our customers and suppliers. ” 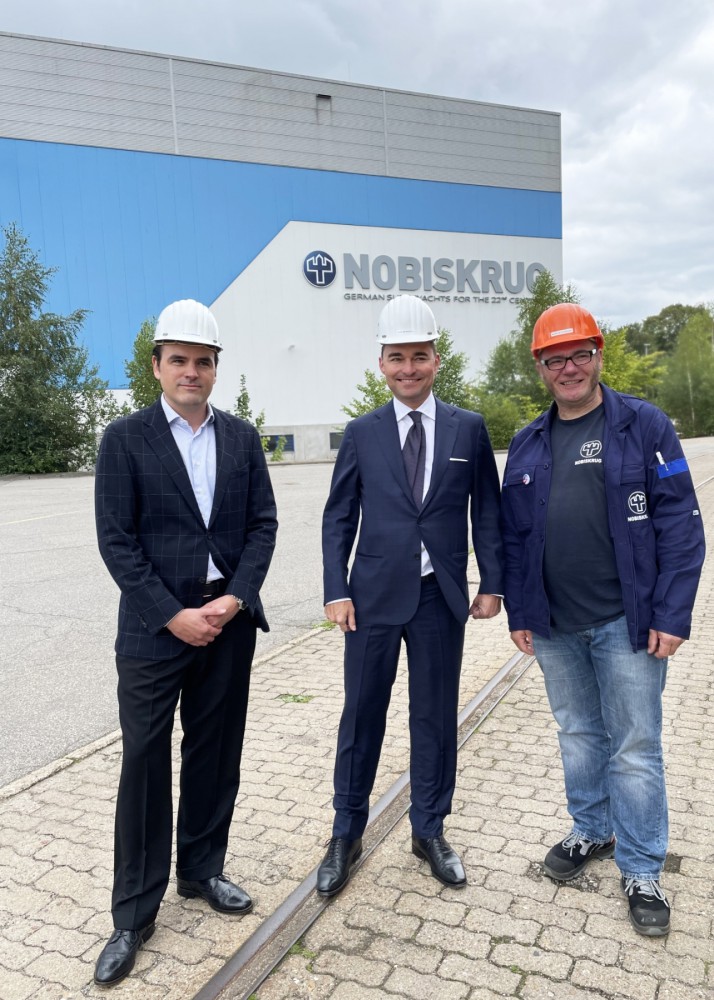 Recently, there has been a call from some industry stakeholders to raise the industry standard of qualifications in project management. By combining the expertise and knowledge of those working in the commercial and private shipbuilding industries, Maracke hopes to put the German state of Schleswig-Holstein back on the map.

He argues that, while there will be a number of benefits to draw from the integration of the two shipyards, there still exists a need to make use of the various specialisations. “Painting and interior work for example, are a totally different story; in these areas, it has to be differentiated. We will have separate departments which take care of this. At Nobiskrug we have the expertise needed for painting and interior work and they will remain . We are going to optimise the skills that are found in the two shipyards in order to raise the overall industry standard. That's my personal clear vision of how we are setting up the company.”

With the workforce being placed at the heart of the shipyard, the continuation of in-depth training is of vital importance to the CEO – currently 16 young people are apprenticed in seven different professions at Nobiskrug.

“We need to invest in the know-how of the people who have the best knowledge of the market. We want new applications, to develop innovative products with the facilities which we will establish in the shipyard. This is something we already do at FSG, and it is quite successful.”

Chairman of the Works Council, Marcus Stöcken recently echoed this long-term perspective for the company: “The entire Nobiskrug workforce stands for craftsmanship. As a team, from planners and administrative staff to mechanics, engineers and metal workers, we deliver high-tech quality in custom shipbuilding to owners from all over the world. For us, cooperation at eye level with the investor and the management is important. Mutual trust is fundamental for the workforce to work well.”

Maracke also highlighted the fact that it is still very much the early stages of a new beginning at Nobiskrug. The team are still to decide the nuts and bolts of the future strategy with a number of exciting new ideas and innovations already in the pipeline but not yet ready to be announced. It appears that this is the end of a tumultuous period for the shipyard which just two months ago succumbed to demonstrations from its workforce who wanted to send a clear message to the  prospective buyers. It appears the selected new owner Tennor Group has replied with a similar vigour and assurance which will surely excite and inspire both their employees and clients.