SuperyachtNews.com - Business - Passions and hobbies of the wealthy and ultra-wealthy

Passions and hobbies of the wealthy and ultra-wealthy 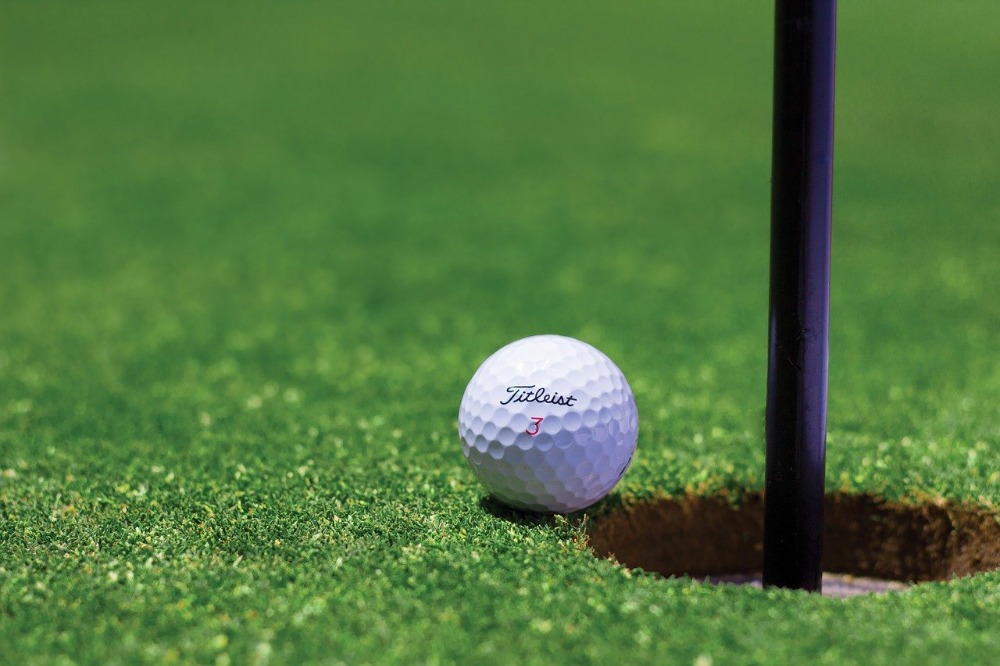 Wealth-X’s recently published report Interests, Passions and Hobbies of the Wealthy 2021, takes a deep dive into the pursuits of the wealthy, highlighting what makes the wealthy individuals from different sexes, ages and wealth brackets tick. Herein we consider how this information relates to the superyacht market directly.

In recent years, much has been made about how the superyacht market has evolved to remove its ego and self-aggrandising from its policies of outreach, especially where this relates to different forms of marketing across the brokerage, charter and new build sectors. Much has been made about the transition away from yacht specifications and locations towards the experiences and values of the client or owner. If anything should be taken away from Wealth-X’s new report, it is that the move towards focussing on experiences and values was a good one.

One of the strengths of the superyacht market’s core sectors has always been their ability to gain a privileged insight into the passions and values of superyacht owners and clients. In a more commercial space, such insight would seldom be shared. Nevertheless, the knowledge gained by shipyards, brokers and the charter community is typically specific to a particular individual or their close family and/or acquaintances. That being said, conversions with various houses and shipyards have revealed a desire to formalise the data gathering process in such a way that more profound conclusions and be generated about the wants and needs of the wealthy class of individuals that the whole market relies on.

It may be that Wealth-X’s report simply confirms what many already knew about the pursuits of the wealthy. Regardless, knowing the genuine interests of the superyacht market’s client base provides an incredibly valuable resource for outreach and engagement.

“Within the philanthropy space, the wealth support causes that are often more aligned with their passions than their commercial focus. Within the luxury space, the crossover of interests is also important, with art, cultural and philanthropic-minded events offering a connection point for luxury good and lifestyle providers to engage with their target clientele…On the engagement side, understanding an individual’s interests allows organisations to deepen relations with their clients,” explains the report.

According to the report, there are 3,257,600 individuals globally with wealth exceeding $5m. When listing the top 30 interests, passions and hobbies of individuals of this group, boating and, by extension, yachting ranked 20th with 4.2 per cent of the wealthy indicating an interest, representing 136,819 individuals with an active interest, which is by no means a small captive market. However, for anyone who truly understands the superyacht offering, the report also highlights many other positive findings. 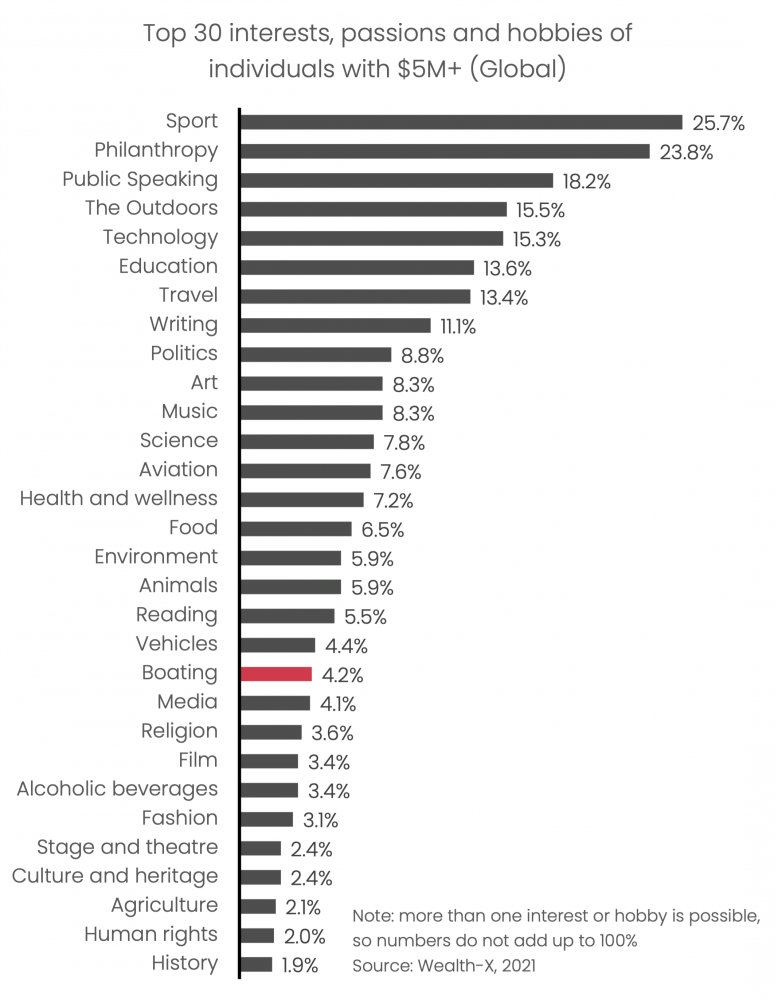 Perhaps unsurprisingly the report reveals that the greater the wealth profile the more diverse the set of interests becomes as a result of the greater financial freedom experienced by those who fall into the UHNW ($30m+) Super Rich ($100m+) categories. The report found that the interest in philanthropy, for example, increases in line with the wealth profile. However, passion for the outdoors remained fairly stable across the various wealth profiles.

One quite staggering statistic supports the fact that North America is the most prolific region for superyacht ownership. Obviously, the major contributing factor to North America being the largest commissioner of superyachts is that the region has the highest number of UHNWIs in the world. However, UHNWIs in North America also express a much greater interest in the outdoors with 27.7 per cent listing it as a hobby. By contrast, the second most outdoor-centric region for UHNWIs is the Pacific with 10.7 per cent of UHNWIs expressing interest.

There are also noticeable differences in the interests of the wealthy according to their gender.

“When we examine the wider (top 30) list of interests…most show a sizeable disparity. Examining the pursuits that are more over-represented by UHNW men and women respectively we discover that aviation shows the highest over-representation among UNHW men who are three times more likely than women to show an interest. This is followed by vehicles and boating.”

Much has been made in recent years about the emergence of wealthy millennials as superyacht clients. The Wealth-X report reveals that there are significant differences in the interests of this group of wealthy individuals. For instance, millennials’ top 10 interests include travel, music, food and animals, none of which feature in the top 10 interests for the VHNW population generally. Conversely, while philanthropy remains important, it comes lower down the list of interest for millennials than it does for the general VHNW population, suggesting that these individuals are more career focussed and self-interested than those older VNWIs.

Data source: Interests, Passions and Hobbies of the Wealthy 2021

How long is a piece of string?