SuperyachtNews.com - Business - It’s not what you know, it’s who you know

A lack of meritocracy is stopping the industry from evolving… 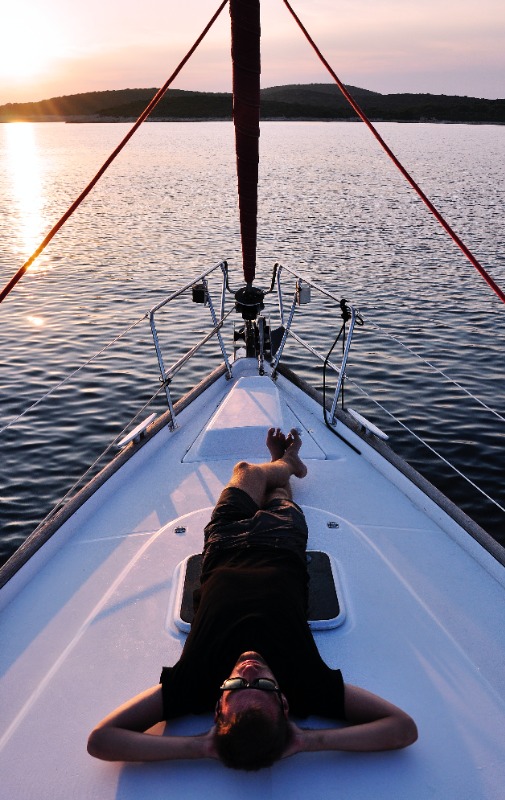 In 1958 British sociologist Michael Young defined meritocracy as ‘IQ plus effort’ in a biographical dystopian fiction book. In the eyes of a satirist or a pragmatist, meritocracy is merely defined as a system whereby the winners win and the losers lose. From the perspective of the many stakeholders in the superyacht industry that I’ve spoken to, meritocracy is seen as a distant goal, something we should probably address… one day.

It’s pretty bizarre when you think about it - the commercial shipping and aviation industries would never consider employing someone if they hadn’t earned the job purely on merit. I certainly wouldn’t feel comfortable getting on an aeroplane if I knew the engineer or co-pilot had got the job because he did a couple of courses and knew a guy who knew a guy. Superyachts are carrying ultra-high-net-worth individuals in boats built for pleasure and style as much as they are for safety, so the connotations of an incident are significant. Surely then, the necessity for highly skilled workers is just as great as it is in comparable industries.

Not everyone is a fan of meritocracy. Some say that it promotes inequality and doesn’t allow room for diversity. But the pool of candidates the superyacht industry normally recruits from is so shallow I think that argument becomes nullified. It’s not even enough to say that most of the people who get employed are white and middle class. More often they are white, middle class, probably grew up somewhere along the coast, and probably already have a family member or friend working in the industry.

Speaking on the topic of a lack of unqualified project managers in the refit sector, one person I interviewed recently, who shall remain nameless, said, “It’s because of all the egotistical and arrogant ‘bleeps’ in the industry. And hardly anyone is interested in trying to promote young people.” I think it is fair to say that there are a handful of people working in the industry who feel somewhat frustrated and angry at the lack of professional conduct.

In politics, journalism and even higher education, the upper-class label is becoming more of a handicap than a desirable trait. The rise of meritocracy in the Western world is a telling example of the direction the world is heading in. The class-ridden snobbery and privilege in the UK is something Orwell had highlighted as far back as 1941. But now Red Brick universities are making a conscious effort to attract students from state schools and working-class backgrounds. Etonian MPs are not highly regarded anymore, and instead politicians from humble backgrounds are becoming more popular among voters. Systems and industries which still practice plutocracy in the 21st century are going to be scorned in years to come.

There are some sectors of the industry where it will take longer for meritocracy to be implemented than others. On-board operations, for example, is a complicated one to tackle; crewmembers who are working in guest-facing roles often fall under a certain category: ‘It’s down to the owner of the boat to decide what kind of people he wants working on his yacht’, is an argument you hear time and time again. I remember sitting in a café in Puerto Portals one morning and watching a group of crewmembers walk off a yacht, and it was as if the gangway had turned into a catwalk.

Every single one of them had razor-sharp jawlines, sun-kissed skin and beach-blonde hair, and some even walked in slow motion. All around me single mothers back from the school run shared approving glances while peeking over their sunglasses while some of the men dabbed at the beads of sweat rolling off their noses and pretended not to look too obvious every time a gust of wind wiggled its way through the port in the general direction of a miniskirt.

It’s not to say any of those crewmembers didn’t have the qualifications to merit working on that yacht. Nor is one anecdote an example for the nature of recruitment on every superyacht. But I’ve found that there isn’t a whole lot of drive to perhaps address some of the limitations and consequences that have arisen from this aspect of the industry. One begs the question, is it really professional?

So what are the solutions? Normally I end these opinion pieces with an air of mysticism, in the form of an open-ended question. But I think for this one there is quite a solid answer – invest in the next generation and demand a higher standard of qualifications and training. A lot of people will agree with the fact that the training and education sector of the superyacht industry has been left behind as the yachts themselves become larger and more technologically advanced. There are people beginning to make more noise about this, and I feel it is only a matter of time before things begin to change, but first things first, we must have an honest discussion…