How accurate have assumptions been about the war in Ukraine and superyacht brokerage performance? 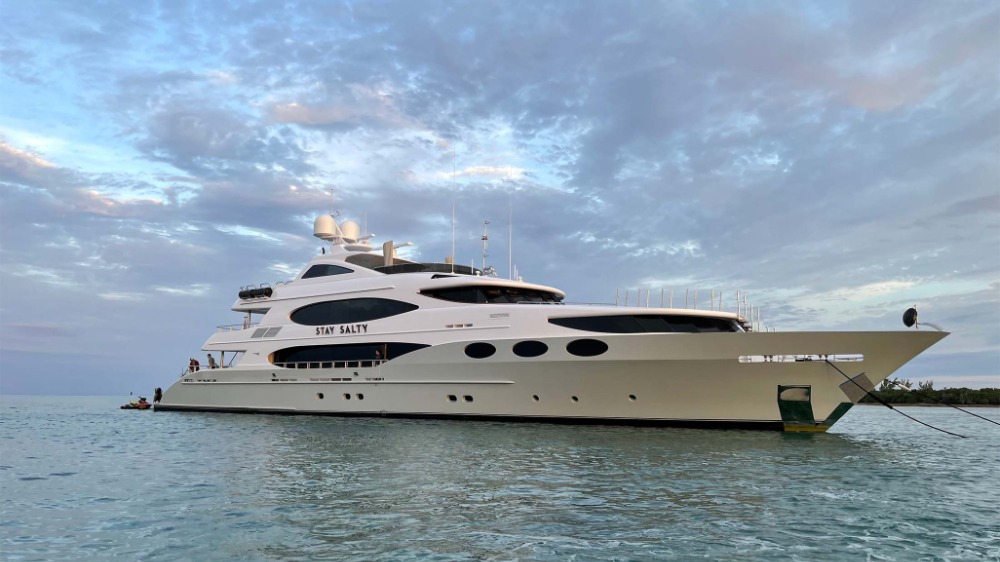 Despite the eyes of the international media having been trained on the superyacht market since the beginning of the Ukraine crisis, second-hand superyacht sales have remained consistent throughout the year, with the period from 12-25 March proving to be absolutely no different with 10 superyacht sales completed. 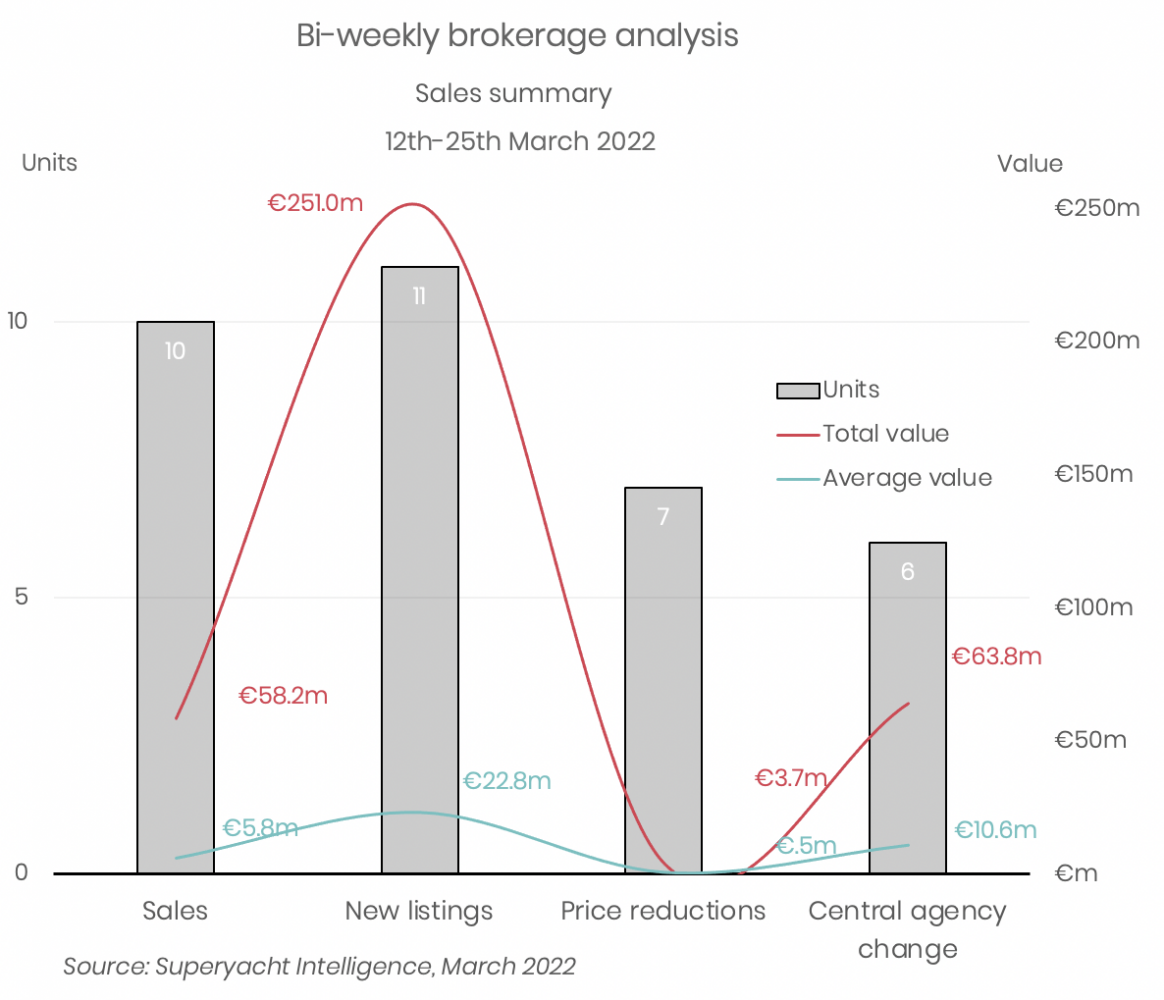 One might be forgiven for assuming that the war in Ukraine and the media attention received by the superyacht market would have caused a slowdown in superyacht sales, regardless of the fact that the various international sanctions and regulations have been focused on a particular set of Russian owners and buyers. In reality, however, the crisis has seemingly had little to no impact on the appetites of superyacht buyers.

Indeed, for the period analysed herein a total of 10 superyachts were sold with a combined value of €58.2m, with the highest-grossing sale, as well as the largest sale by LOA, belonging to the Trinity-built 49.1m Stay Salty, which had a last known asking price of €16.3m. 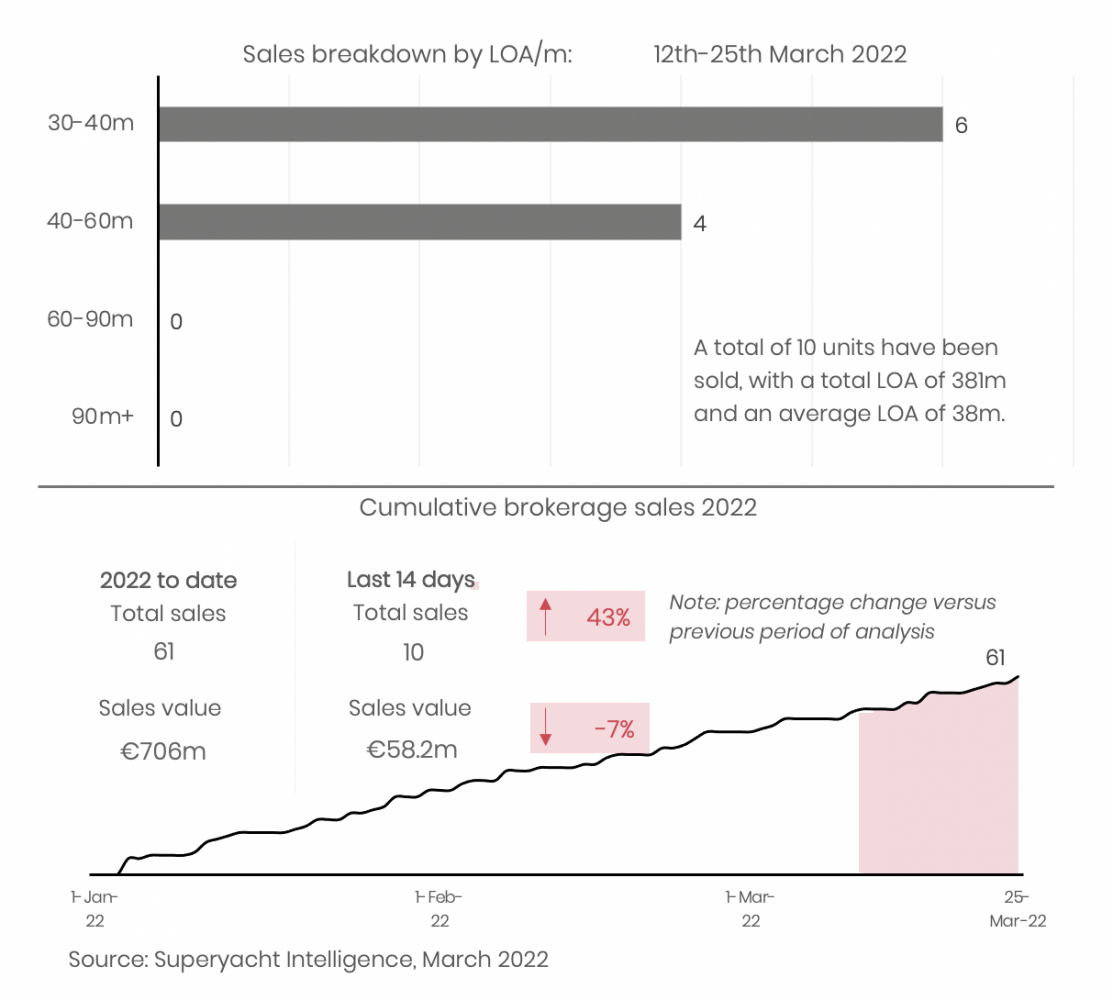 There has been a fair amount of unfounded speculation on the part of the broader media about the number of Russian superyachts that may land on the brokerage market. However, such speculation almost entirely overlooks how the sanctions themselves have been implemented.

While there may be some sanctioned and Russian owners who are looking to sell, there simply aren’t that many established avenues for them to sell their assets through and one assumes that the pool of potential buyers, given that the most prolific buyer demographic is the United States, has shrunk for these sellers exponentially.

We have, therefore, not seen anything shocking by way of new listings, with 11 superyachts coming onto the market, none of which we have been able to link to Russian owners. The two biggest new listings were VSY's Atomic, and Feadship's Rio Rita, at 63.8m and 56m respectively. Atomic has been listed at €61.8m whilst Rio Rita is listed at €12.3m. The average new listing price for this period is €22.8m. 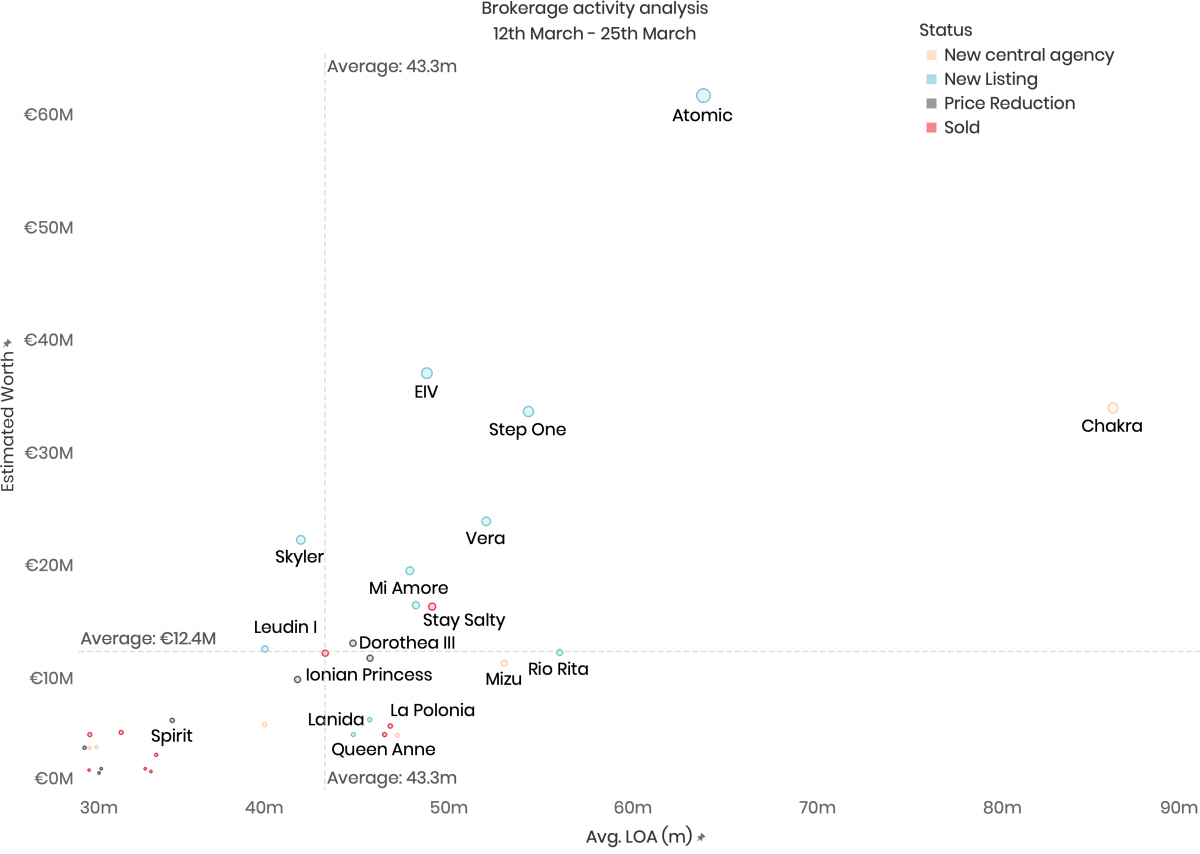 When the war in Ukraine began, question marks were obviously raised over how the superyacht industry would be able to weather the impact caused to it as a result of Russian buyers being cut off. However, while there will undeniably be an impact, especially on those shipyards that focus on the largest superyacht projects, many theorised that the market was perhaps more well-placed than ever before to ride out such a crisis, such is the demand for superyachts. Certainly, for the brokerage market, the data supports this theory.