SuperyachtNews speaks with CEO Daan Balk about the history, the acquisition, and the plans for the future in Northern Holland… 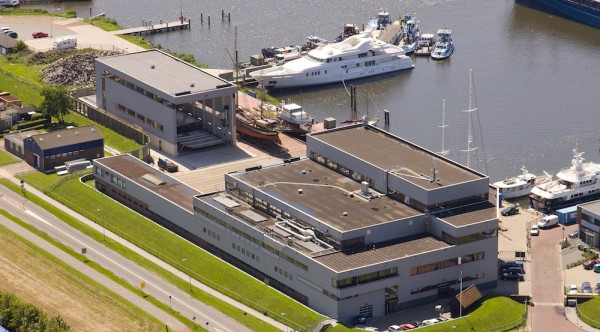 The family-owned Dutch shipyard hands over capital shares to Chinese firm Zhongying International Holding Group, after 224 years in the Balk family. The acquisition hopes to draw the necessary financial injection for an expansion of the Balk Shipyard facilities, as well as offering  Zhongying International Holding Group a Northern European service centre for its other maritime holdings. Speaking with SuperyachtNews, CEO Dan Balk discusses the decision and the new direction for one of the cornerstones of European shipbuilding.

“I was the 100% owner and managing director, and I'm the seventh generation in line, going back 224 years” Begins Balk, continuing; “So, it was a very tough decision, especially when I consider that I have three sons at home. One of them studied business and one is an engineer. So, yes, they potentially have interest but the world is changing.”

Balk explains that he will remain in his position for at least the next three years and that Zhongying International Holding Group is committed to building upon the Balk Shipyard legacy. “Should I be the guy who is closing the door after 224 years?" Continues Balk, explaining; "Especially because there is no need to. If we were in some difficult financial situation you could think 'okay there is no choice', but that's absolutely not the situation and we are completely happy and healthy, we have done this because we are looking forward.”

“The growth in the industry is big and if you want to be part of it, you have to move, you have to change. We are preparing ourselves to move to new facilities.  Building new sheds, building new slipway. The cost is significant.” Affirms Balk.

As the acquisition took shape, a full takeover of all capital shares became apparent. Speaking to this, Balk is refreshingly frank in his assessment of the dynamic. “If you are not in control, I ask myself; what is the need for having only limited ownership? I am a person who says 'It's left or it's right and then that's it.' So in the end, it became an acquisition, and I'm happy with it. I think it's best for the family. I think we did the right thing for the company as well because the company can now move on.”

Speaking to the long term strategy for Zhongying International Holding Group, Balk concludes: "For our investors, it is very advantageous to have a facility where their own ships can be serviced, maintained and rebuild if necessary; that's a broader strategy. They process themselves at a facility in Europe, which is a great option to have. We are small but we can oversee it and we have a strong, established reputation."

Balk Shipyard has undertaken some intriguing new build projects in its history, including the 65m sailing yacht, SY Mikhail S. Vorontsov, in 2014. As seen below.

The Superyacht Report in 2022

Superyacht 2030: Is our infrastructure ready for the future?