Matthew Zimmerman, CEO at FarSounder, explains how sonar systems can help complete our understanding of the seafloor……

Forward-looking sonar (FLS) systems are underwater imaging devices that use sound waves to create a detailed, real-time picture of the underwater environment surrounding a vessel. Not considered an essential tool for navigation, they have been treated as optional extra. Early iterations lacked the resolution and reliability to give watchkeepers confidence in navigating poorly chartered waters. However, significant developments have been made by several manufacturers in the past decade.

SuperyachtNews speaks with Mathew Zimmerman, CEO at FarSounder, about how the technology has improved and how the benefits of underwater situational awareness extend beyond any one vessel.

A common misconception when looking at a large-scale chart is that there is a reliable level of resolution on the seafloor. According to Seabed 2030, less than 25 percent of the world's oceans have been surveyed at all, and much of this only at 100m resolution. When referencing that data input on a navigational chart, especially those from more remote locations, often the survey is from pre circa 1940 (and the invention of sonar). What this means in practice is that, despite being recorded with specificity, it was likely recorded with nothing more accurate than a lead weight and a line. 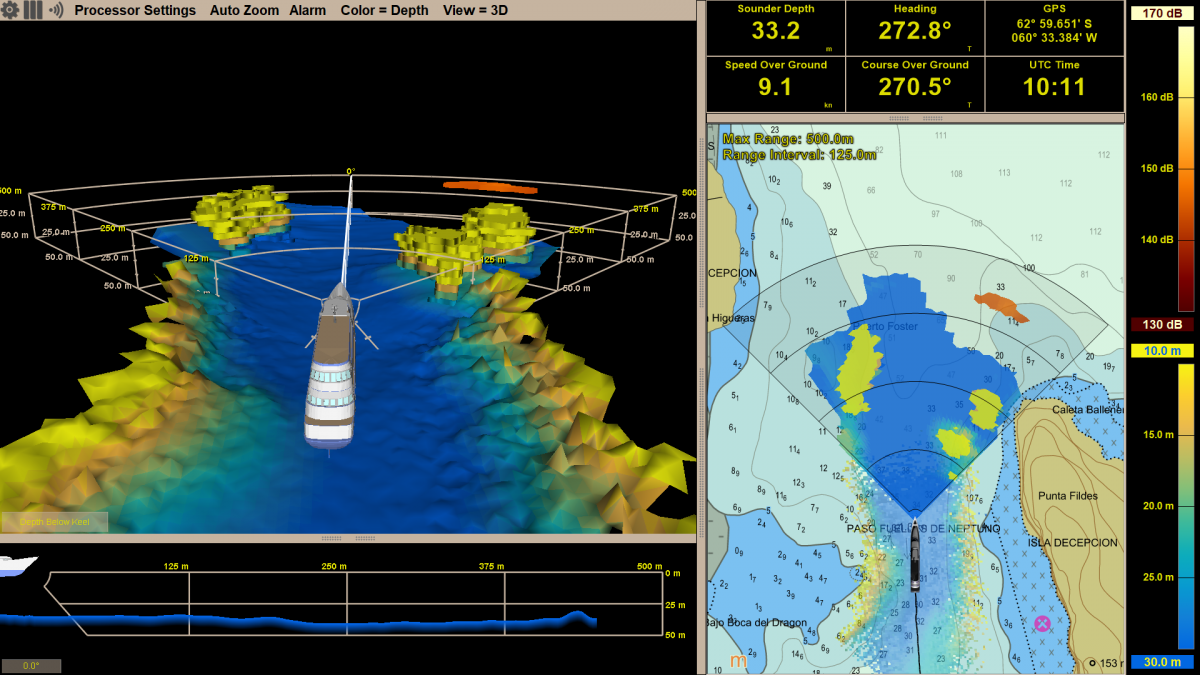 As the technology supporting FLS systems has developed, so too has the depth of data they collect. With onboard storage of this data, a superyacht can theoretically manoeuvre with confidence across known tracks, such as reentering a lagoon or harbour entrance. Additionally, safe and environmentally conscientious anchoring practices are predicated on a knowledge of the seafloor substrate.

This data also presents a significant opportunity to contribute to a wider scientific purpose. However, data sharing is, as most corners of the industry can attest, a thorny issue. “To be clear, we are not looking to share any sensitive data across the fleet,” says Zimmerman “For select customers, we are offering what we have termed the 'expedition sourced ocean data collection program.' We offer a hard drive to collect and record all of the raw data taken in by the FarSounder system.”

What they are looking to do, Zimmerman explains, is take the sonar data (which can be anonymized without IMO number, vessel name or characteristics) and use it to create a more complete picture of the shallow ocean by contributing to initiatives such as the Seabed 2030 project. FarSounder sees the superyacht fleet as a potentially vital part of this effort.  As the cliche goes, we have a clearer picture of the surface of Mars than we do of the seafloor.

This data is a form of passive scientific research. Additionally, as Zimmerman explains, it can be collated into a database of oceanographic data points that can complete contemporary soundings of the seafloor to improve charts for navigation. One such organization that has used the data is the Canadian Hydrographic Service, which along with a hand full of trusted other sources, has included depth measurements collected by a FarSounder customer in the Northwest Passage as part of the official chart data in the area shown in the  snapshot seen below. 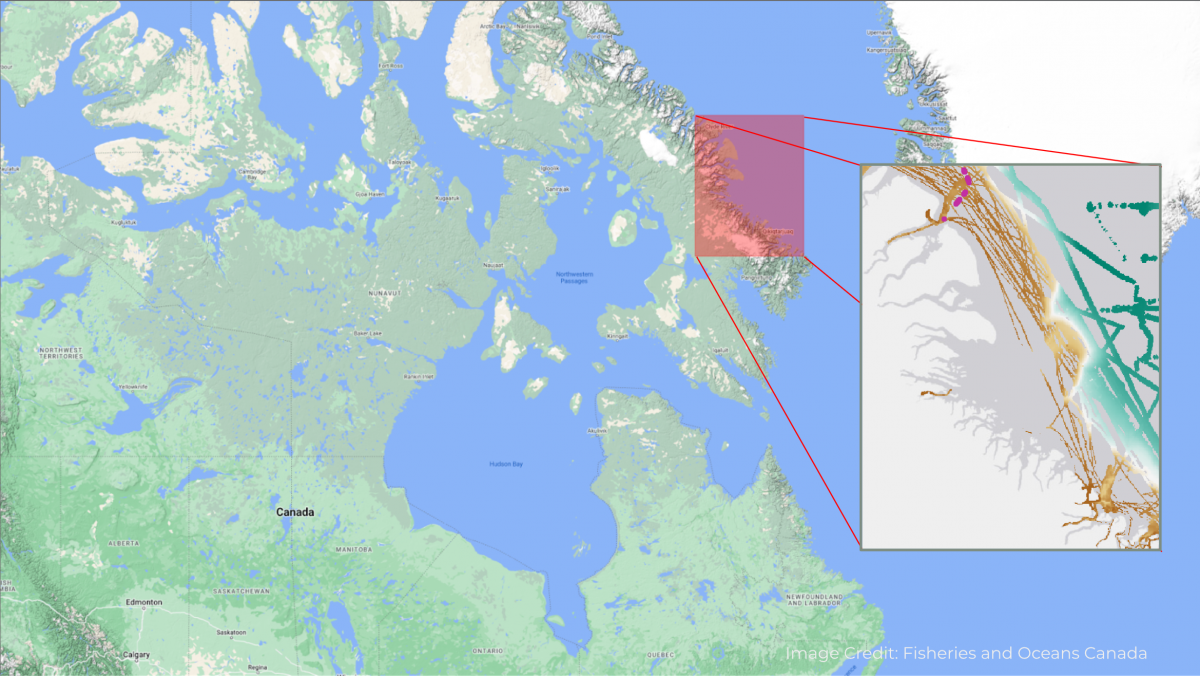 The lack of detail worldwide to this point is because traditional hydrographic surveys are expensive. The USA has dedicated the largest amount of resources to its survey work and concurrently has arguably the most complete charts. However, as Zimmerman explains, sporadic surveys do not complete the picture. “The US has the best charts in the world and even then more than 50 per cent of these charts are more than 50 years old. Something close to only 53 per of US waters have actually been surveyed, and you only get to that 53 per cent if you loosen the constraint to 100-metre resolution."

Zimmerman goes on to highlight how this was laid bare not far from where he is based. “We have a Navy base in Narragansett Bay (Rhode Island) that is the home of a couple of aircraft carriers. They are not active, but they have a 50-foot draught and an actively maintained channel to get the carriers in and out of their home berth. Around 15 years ago, a shipwreck was discovered in the 50-foot draught shipping channel that was only 27 feet deep at low tide. And that shipwreck had been there for roughly 80 years.”

“So if that's what we're finding here, imagine what's in other places" concludes Zimmerman. "What debris is in a previously known and previously safe passage and likewise post-military conflict? What type of new debris is now in a previously known location? Not to mention all the “traditional” navigation hazards such as rocks, corals, ice and shipping containers." 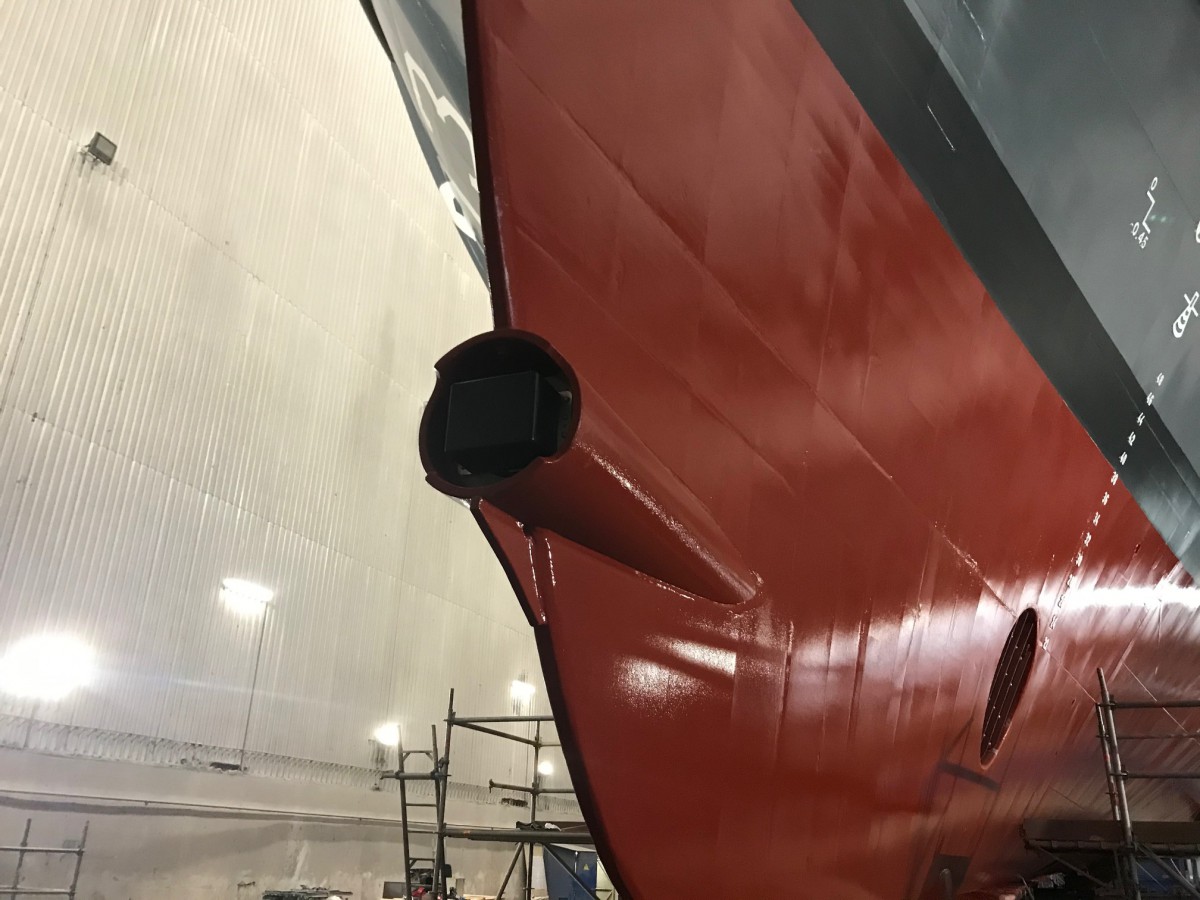 The initial safety and efficiency benefits of FLS systems are clear. They can provide detailed information about the underwater environment, including the location and size of obstacles, allowing for safer and more precise navigation.  FLS systems can help mariners better understand the underwater environment around their vessels, allowing them to make more informed decisions and avoid potential hazards. By providing advanced warning of obstacles and other hazards, FLS systems can help reduce the risk of collisions and groundings, protecting the vessel and its crew.

Thinking outside the bridge, many superyachts also now have the chance to use a system such as FarSounder to significantly contribute to initiatives such as Seabed 2030. By incrementally improving our fragmented picture of the seafloor, the safe navigation of the fleet and understanding of the oceans can improve hand in hand.

What do you think of forward looking sonar systems?