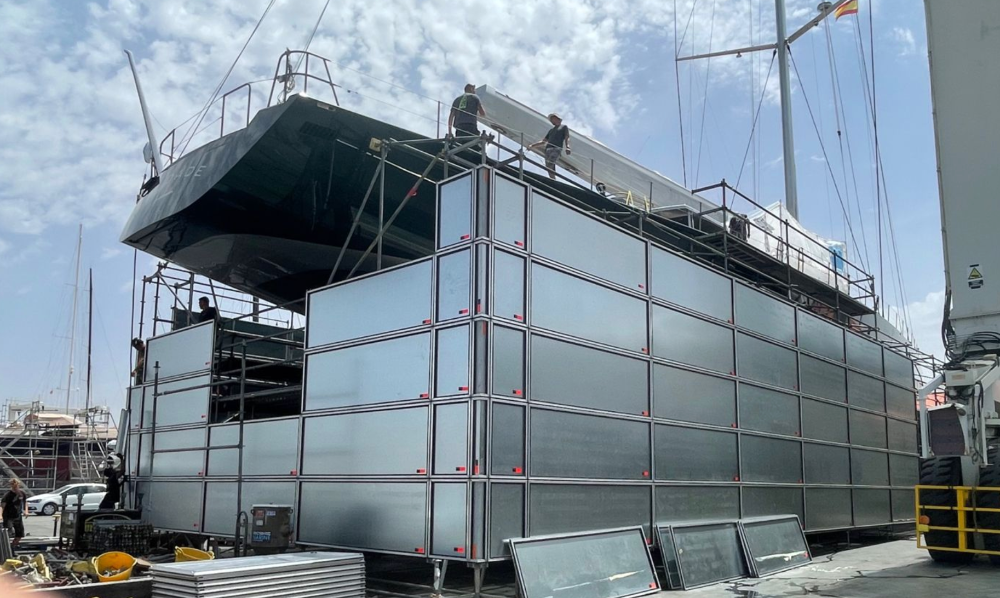 The amount of plastic that is used in the refit sector is not only abhorrent but also unnecessary. That's why James Smith, Founder of Undercover Solutions, has introduced a sustainable scaffolding alternative for the superyacht industry which is slowly gaining traction amongst environmentally conscious owners and crew in Palma de Mallorca. The metal panels used on their latest project for the 45m S/Y Saudade, which took place in STP, saved roughly 2000 kilos of plastic. Smith also revealed that the 56m Perini Navi S/Y Asahi will also use be using their services for a project in Astilleros De Mallorca at the end of this month. Carlos Morales, the CEO of Astilleros de Mallorca hailed the product as, ‘The future of the refit sector.”

Environmental benefits aside, the financial inefficiency of ‘drum tight’ plastic shrink wrap pales in comparison to the more modern alternative. In countries such as Spain, the majority of this plastic is imported from other countries and arrives with an expiry date. Moreover, roughly 18-20 per cent of the cut-off material is thrown away and never used - a financial and environmental disaster. 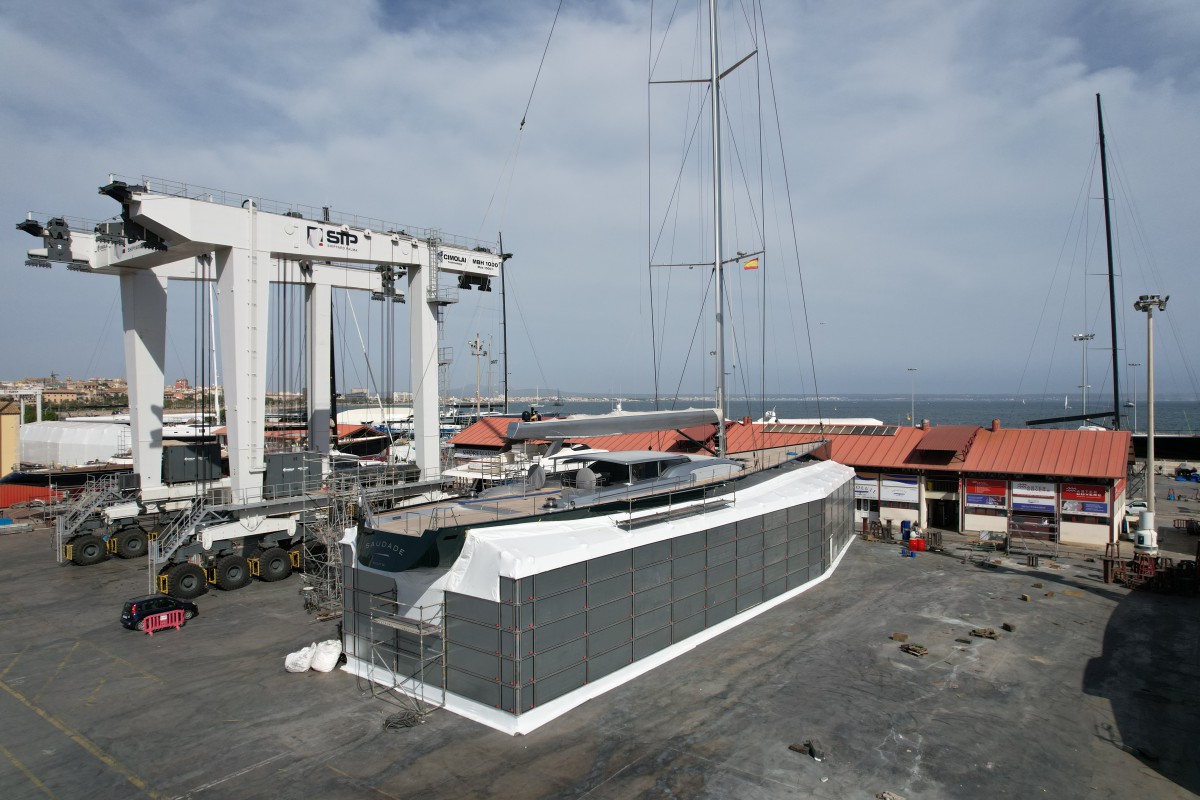 "Both the owner and I are very much into it and we are trying to be more conscious.”

Shipyards do argue the case for recycling and reusing the tonnes of plastic that go to waste in their yards every year, but given the state of the plastic after the refit process, and the chemicals it is often exposed to, the majority of it will most probably end up harming the environment in one way or another. National Geographic estimates that 80 per cent of plastic in the ocean comes from land-based sources, with the remaining 20 per cent coming from boats and other marine sources. 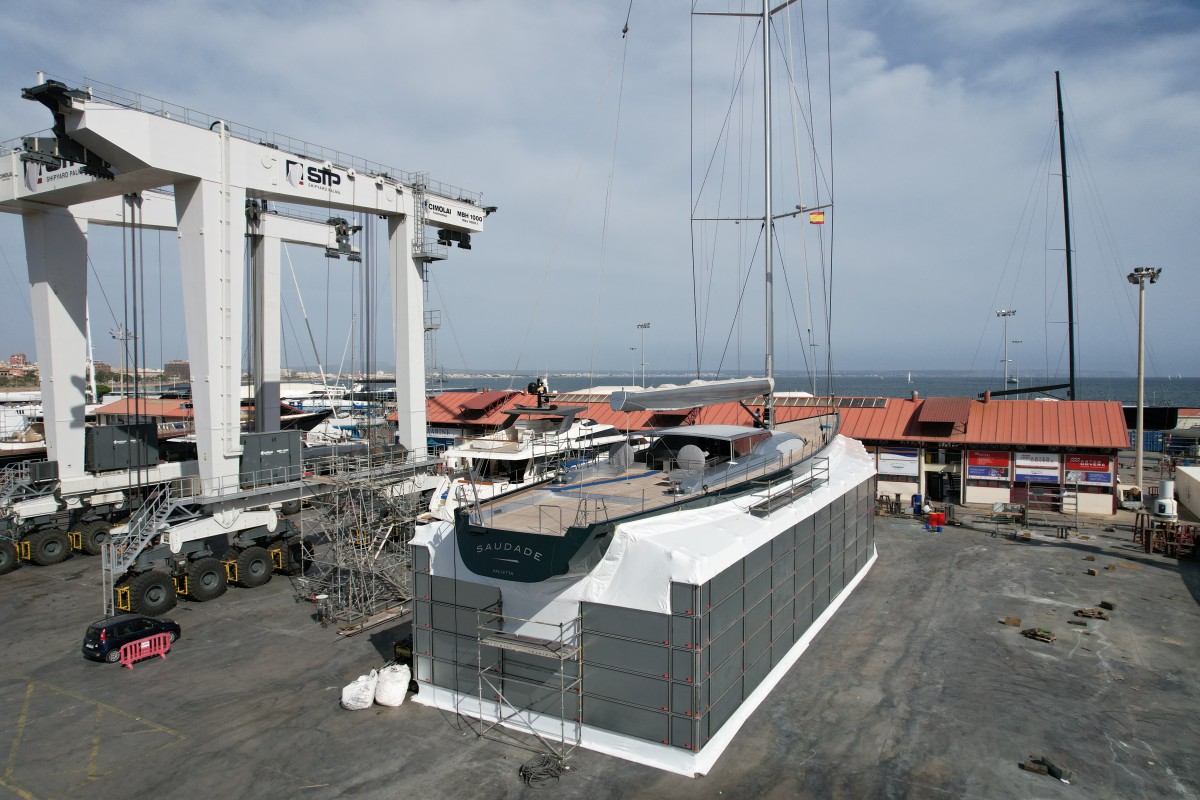 "They could do what others do and rest on their laurels and just make a load of money but they haven’t.”

The superyacht sector plays a small role in the wider marine industry, and some will argue that global statistics do not represent the efforts that some stakeholders are making to become more environmentally conscious. But nevertheless, the issue of plastic waste is one which concerns everyone, and considering how bad the superyacht industry is at fast-tracking obvious solutions, it must be held accountable. Although Europe is finally stepping up measures to prevent a climate crisis, there are still many worrying statistics being revealed about some of yachtings most popular destinations for refit. 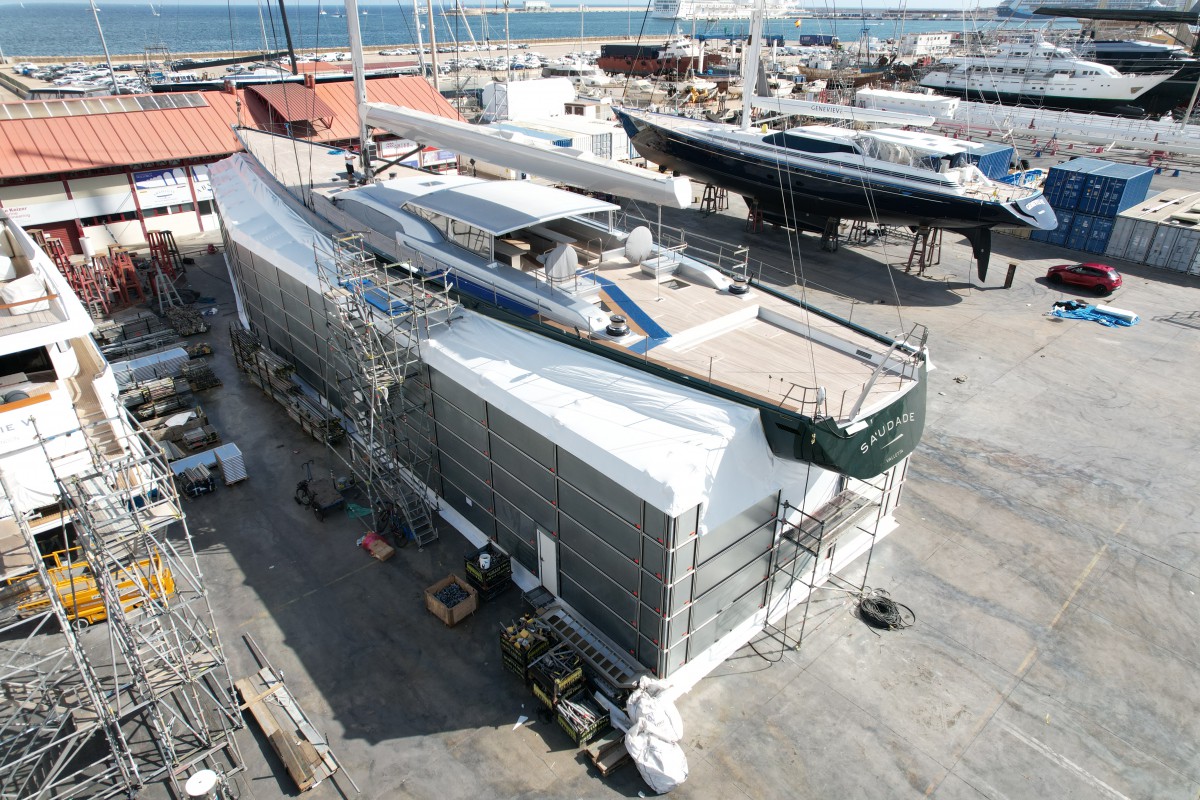 In Spain, it was revealed that over a third of the country's plastic waste ultimately ends up in landfill. The WWF estimate that each year, France dumps 11,200 tonnes of plastic into the Mediterranean Sea - it is estimated that this plastic pollution costs the French economy about 73 million euros per year. Italy, the second largest consumer of plastic in Europe, was recently caught exporting tonnes of plastic waste to Malaysia following China’s import ban on recyclables.

While the initiative is still only just starting to take off, Smith believes the product will be popular with captains and clients who are more likely to award contracts to companies who offer a more sustainable service, even if it is at a slightly greater cost. While it is a small win in the grand scheme of the industry, it will help to rectify one of the most glaring issues facing the refit sector to date should clients and shipyards choose to reduce the amount of plastic they waste.

Where is the refit sector going?

The experts who comprise the ideal in-yard team