SpaceX expands its Starlink services to the marine sector, with its LEO constellation now available for superyachts… 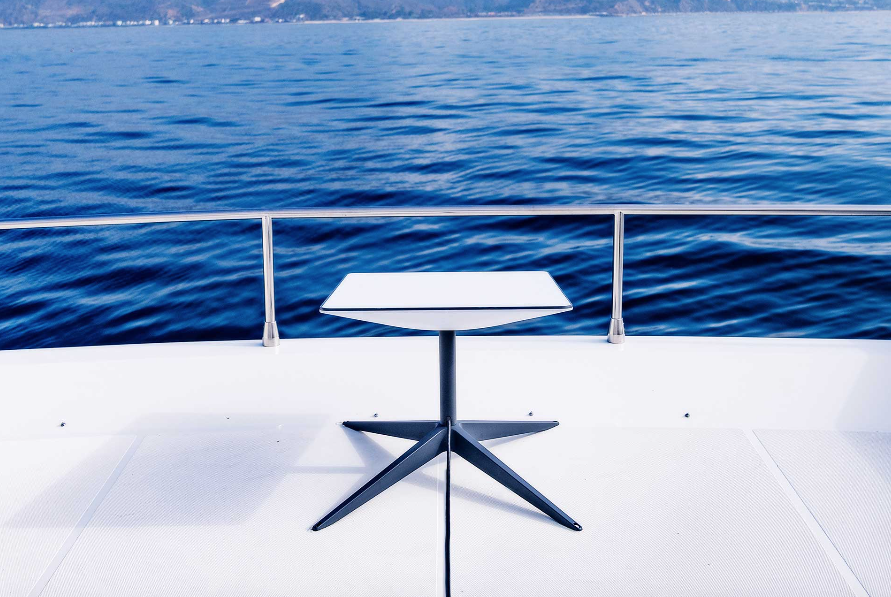 The long-running race to launch low earth orbit (LEO) constellations of satellites just took another interesting twist. The loudest proponent of the service, Starlink and Space X, has announced what it is calling a “High-speed, low-latency internet with up to 350 Mbps download while at sea” via its new service, Starlink Maritime.

The promise of ubiquitous internet coverage worldwide has driven many private providers to launch thousands of satellites into orbit in recent years. There are, at last count at least a dozen individual providers vying for LEO supremacy. Starlink alone envisages that it will launch 42,000 in order to make this coverage universal via its offering a reality.

One of the primary benefits of LEO constellations is that they offer significantly reduced latency in communications. More traditional satellite communications, such as VSAT, rely on satellites in high earth or geosynchronous orbit. These orbits are significantly further away from earth, and the delay in a signal being sent or received, even at the speed of light, creates latency.

As can be seen from the below diagram of coverage published by Starlink, that level of coverage is still a number of years away. As outlined, the current coverage is likely to be insufficient for many yachts heading further away from the Mediterranean and more traditional cruising grounds. The forecasted growth of the network is likely to change this equation significantly, with services in the North Atlantic and North Pacific scheduled to start in Q4 2022, and global service in Q1 2023. However, as specified by Starlink, this is subject to regulatory approval. 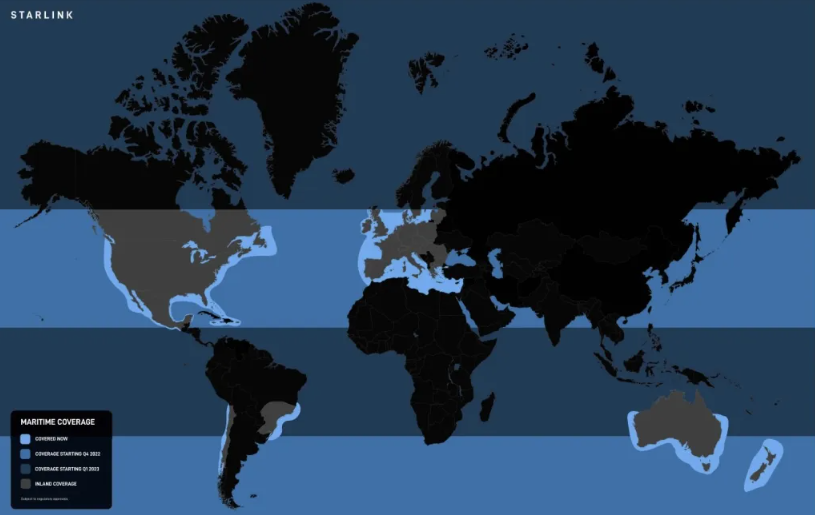 The flat fee model of $5,000 USD per month is high by terrestrial standards, but for high-speed uncapped download, if the service delivers as specified, may appeal to the superyacht sector. As more providers and their networks come online, it is foreseeable that these prices may come down also.

It is likely that the IMO will maintain a significant amount of conventional GMDSS systems regulatory requirements. It is therefore also predictable that many of the communications systems that are foundational to the GMDSS network will remain a standard issue in the maritime sector in the near term future. A fascinating step forward for the communications sector, the crowed sky that so perturbs astronomers worldwide is bound to influence the satellite communications market and evolve the concept of at-sea connectivity.

Connectivity considerations in the Pacific