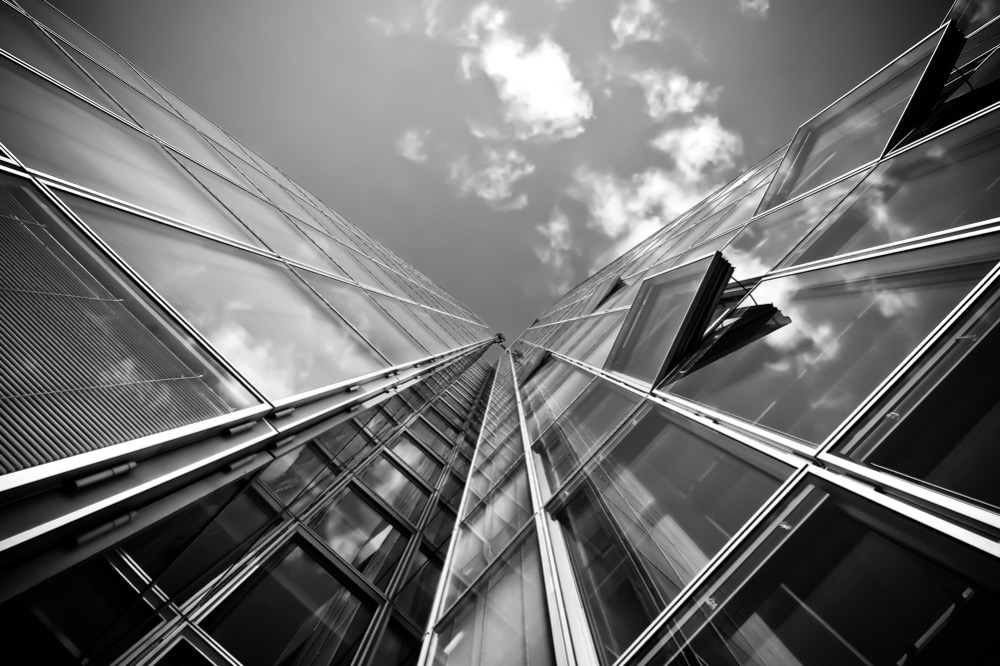 In the latest instalment of his 'Not Well Distributed' series, Etc. Solutions founder, Rob Henderson explores the applications of thin glass...

You’ve got it in your pocket or you’re reading this article through it right now. Your car, microwave or conventional oven sports a thin version of it, too. It even comes on a roll!

Glass. It’s not a new material. It’s generally agreed that the first glass was produced 3,500 years ago in Mesopotamia and Egypt, with the process being improved in the 1st century BC in Syria. The first fully transparent glass was created in the early Renaissance by Venetian glass blower Angelo Barovier. He called it cristallo. Back then glass sheets were produced by casting until 1902 when Irving W. Colburn invented the glass drawing machine, a method that has particular importance when it comes to thin glass. Glass as we know it in today’s buildings is produced by ‘floating’ it on molten tin, a process developed in 1959 by Sir Alastair Pilkington.

Since the mid-17th century the effects of rapidly cooling glass, called tempering or toughening, were known, but it wouldn’t be until the 1870s that the process was fully harnessed. Toughening in warm oils or water-cooled moulds was developed for more industrially-focused glass production. The mechanical process of rapidly cooling nearly molten glass essentially hardens the surface, leaving the inside to flow for a short period of time before it also hardens. The resulting material is highly impact-resistant but shatters into many small (relatively safe) pieces when tapped in the right place. That’s why you seen so many broken mobile screens starting in the corner or edge.

It was around 1960 when Corning developed a more refined drawing process and, importantly, a chemical strengthening process that made ultra-thin, scratch-resistant glass possible. Instead of using rapid cooling, this process chemically rearranges molecules to make the surface more dense, thus tougher. Like aerogel (link) though, it was a solution waiting for a problem. After it lingered in more or less market obscurity for many years, it finally found its problem when Steve Jobs brought it down from the proverbially dusty R&D shelf and it made its way into your hand.

It was around 1960 when Corning developed a more refined drawing process and, importantly, a chemical strengthening process that made ultra-thin, scratch-resistant glass possible.

As the innovations in glass production possibilities levelled in the typical ’S-curve’ progression the processing of glass furthered its development. In the last 50 years, the major developments in glass products have been in the application of coatings to glass. In the building industry, coatings took off in 1975 with the introduction of low-emissivity (low-e) coatings, which block non-visual solar radiation. The first of these were pyrolytic and sputtered, later called “hard coatings” because of their brittleness. By the 1990s, silver-based low-e coatings were developed, bringing greater transparency with reduced solar radiation. Today these coatings can also be moulded and tempered.

As the architecture and construction industry worked to develop the performance of buildings, electronics industries (gaming, personal computers, handheld devices, et al) were capturing our imaginations and our wallets. This requires a separate branch of glass coating developments that enables today’s increasingly haptic interaction. The thin glass screen you just scrolled on has an indium-based touch sensitive coating (depending on the brand), an OLED coating and more in a ‘layer stack’ (a set of deposited coating layers) that allows for the multi-functional and multi-scalar interactions. These layer stacks together with those described above for architectural glass demonstrate how dreams of transparent, interactive touch screens are becoming a reality. For instance, the current state-of-the-art in glass processing is ultra-thin, roll-to-roll glass preparation (link) and multi-layer deposition. Imagine a touchscreen more than a meter wide of ‘endless’ length.

In addition to coatings, many other materials, from the decorative (meshes, plants, pictures, wood, etc.) to the functional (like the brand Okalux’s 3D optics to provide transparency and reflected light), have been encased in glass. Argon gas has long been used in the air space of insulated glass units to reduce heat transmission. And, there are two very compelling developments on the current market: one with no air at all and another of encased liquid crystal. Vacuum insulated glazing (VIG) is not an entirely new technology, but now products from AGC and VacGlass (links) are reaching viable dimensions with the benefits of drastically reduced weight and insulating values similar to a solid wall. They will be compelling for historic renovation where single glazing is required, and in ultra-thin façades of the future. The latter of the two developments, is also not new, but with products like those from Eyrise (link) they hope to disrupt the low-e coatings industry with the monochromatic variable transparency and screen-like dynamic possibilities of liquid crystal.

As is consistently being emphasized in this series, the history of research and development can be fascinating, but innovation is in the application. Corning and Gorilla Glass have made some bets on application with interior finishes for walls and elevators, including lighting and audio/visual integration. They also developed coatings and processes for windshields and other transportation applications. Beyond the handheld screen, Schott has brought their ultra-thin glass even closer to the retail consumer as an added smartphone screen protection layer, so everyone will soon understand the value and possibilities of ultra-thin glass. Interfaces in appliances and cars already make use of thin glass. At the building scale, tests have been executed to stiffen thin glass, and at the end of October at the Glasstec fair in Düsseldorf (link), a car was hung by two panes of thin glass using only glue to hold it in place.

In the next couple of years, we will likely see an expansion of the use of thin glass. Samsung claims to have developed a folding-screen phone. Thin glass reduces weight, so it will be used in the windows of cars, trains, ski lifts and cable cars. At the architectural scale, vacuum-insulated glazing is becoming more commercially viable and ultra-thin glass is a clear technological pairing with it –as would be its combination with encapsulated liquid crystal technologies. In general, thinner glass would make any photovoltaic cell more efficient. As thin film pv reaches a viable efficiency, its pairing with ultra-thin glass, allowing the literal flexibility of both materials, will bring new applications and design possibilities. The same glass could be micro-formed with lenses to further increase its efficiency.

In the next couple of years, we will likely see an expansion of the use of thin glass. Samsung claims to have developed a folding-screen phone. Thin glass reduces weight, so it will be used in the windows of cars, trains, ski lifts and cable cars.

Thin glass will play a primary role in the myriad and ubiquitous interfaces that define our spatial future. It will be the combination of processes and applications that will allow thin glass or glass in general to continue to develop and augment our lives. Now, a roll of glass can be coated to be an interactive screen, then chemically toughened and stiffened into voluptuous surfaces. In the personal medicine industry, one could imagine a pocket-sized monitor for real-time measurement of blood pressure, blood sugar, hydration, alkalinity, pulse, and myriad other vital signs viewable on a rollable glass band. There will be playgrounds that shift in color and content as kids play interactive games on it. You’ll ride in an autonomous taxi drone with an Imax resolution interactive glass dome that can contract for stackable storage. A precoated roll of vacuum-insulated ultra-thin glass will be delivered to the building site or boatyard to be unrolled to create a continuous interactive and dynamic window. The possibilities will be infinite as application innovations attempt to keep pace with new processing technologies.

Check back soon for the next instalment: The Tininess and Hugeness 3D Printed Future

Interior design: back to nature