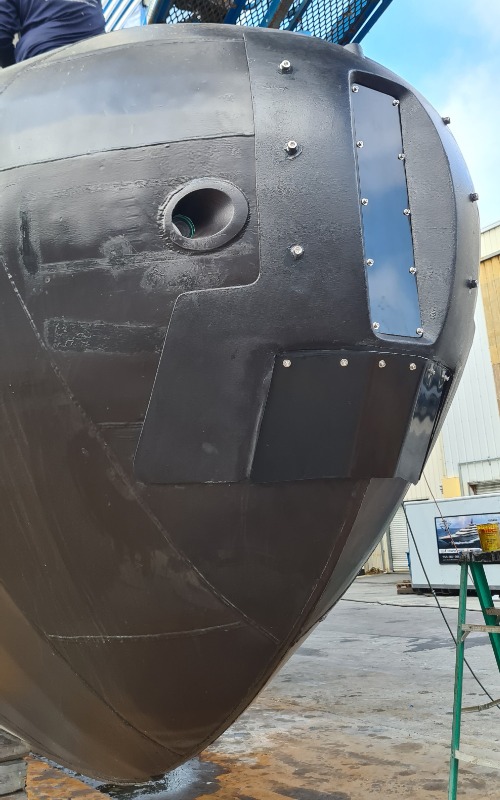 Real-time, high-resolution forward-looking sonar (FLS) provides an unparalleled tool for a superyacht. Any vessel navigating in poorly chartered areas, Polar regions or through debris fields is significantly disadvantaged without some form of FLS system.

There have been various iterations of sonar systems available on the wider market for a generation, but few could provide the level of detail that would inspire real confidence from a watchkeeper. The main drawbacks of these early generations of the technology were a lack of resolution and range. When using a sonar system that was limited by these factors, a vessel is forced to move cautiously, despite the read-outs ostensibly displaying the foreground of the vessel.

The technology has come a long way since its inception, as has the number of yachts venturing further afield and into less chartered waters. As any watchkeeper can attest after cruising the Pacific or Polar regions, many of the charts that support these voyages are outdated and inaccurate. Safe and environmentally conscious anchoring requires a detailed understanding of the depths and composition of the sea floor – details that were, in many cases, at best implied by limited and analogue data inputs.

Although FLS systems have been a more common feature for offshore supply, exploration cruising and naval applications, the superyacht industry has been slower to integrate them. Now leading the field, Wavefront has redefined the outermost limits for these technologies, designing systems that can meet the next generation of challenges specific to the yachting industry. 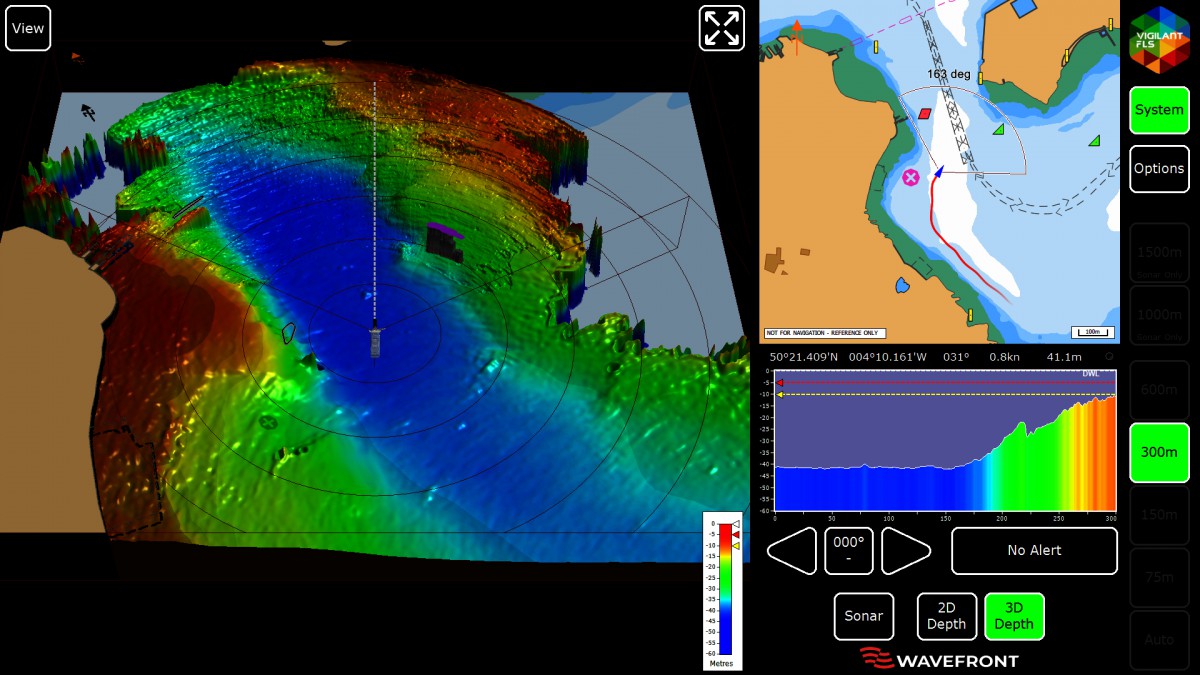 Wavefront’s solution is set apart by its high definition and range, which can allow relatively high-speed manoeuvring with confidence. From a performance perspective, Wavefront is pushing the boundary of the technology as far as it will go. The Vigilant Forward-Looking Sonar provides real-time 3D images of the seabed and water column ahead of the vessel.

The 1.5km range of the Vigilant 1500 system provides an unrivalled level of resolution at such a range, and detailed 3D resolutions at 600m provide a bridge team with valuable data streams for safe manoeuvring, anchoring and navigation. Having these data input in sufficient time allows the vessel to maintain sufficient speed and, in turn, water over rudders to maintain effective steering.

The simplest solution is to install a Wavefront system, such as Vigilant, into a bulbous bow, as seen in the graphic. Retrofitting these systems during a refit is also relatively easy. Measuring 300mm by 300mm, the projector unit fits into a sea chest, which in turn only needs a power cable and a connection to the ethernet.

As well as off-the-shelf systems, a custom project that the team is currently developing requires a forward-looking system that can detect semi-submerged containers while travelling at 26 knots. Wavefront has created a system that will detect a container 1.5km away, giving a high-speed yacht the vital minutes to adjust course.

The software is designed to integrate with existing on-board navigation equipment such as ECDIS, and via a standalone display can produce a highly detailed three-dimensional field view ahead of the vessel. With fully adjustable limits and ranges imputable, vessel-specific UKC (under keel clearance) and contour colourations can be set.

Along with the Vigilant 1500 and 1000, Wavefront is developing a smaller unit, the Vigilant 500, with a significantly smaller footprint. The 500 is designed for smaller non-displacement superyachts, where technical space is at a premium. Although designed for a shorter maximum range of sonar capabilities, none of the Vigilant models will compromise the resolution or range of the 3D modelling.

What do you think of forward looking sonar systems?

Where is the anchor?