SuperyachtNews.com - Technology - Where is the anchor?

Where is the anchor? 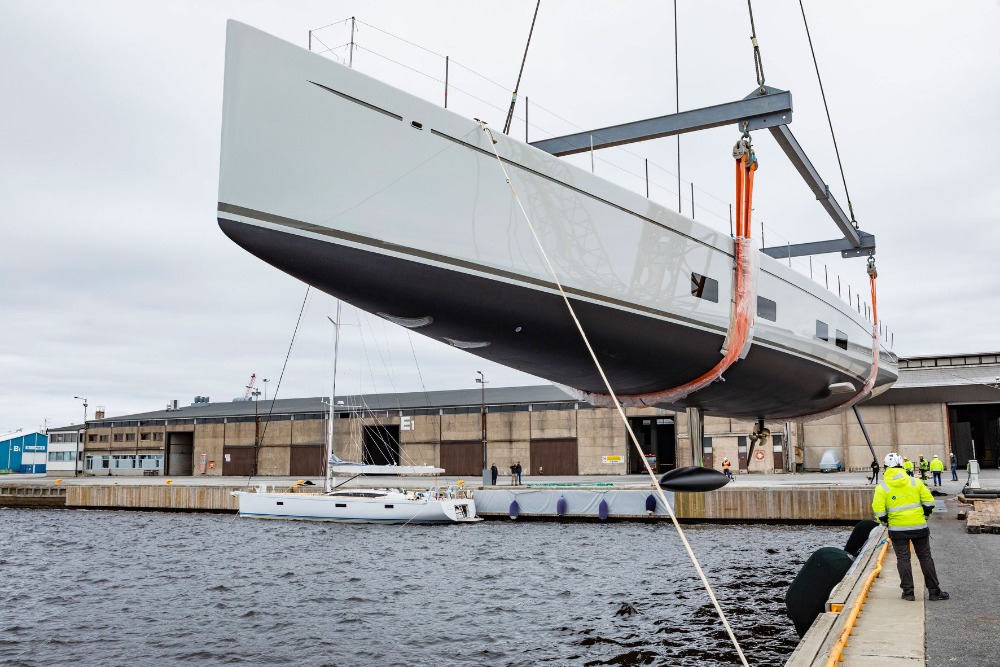 The Anchor is a simple, ancient piece of technology. It is also perhaps the part of the boat that is most consequential to the safety of the yacht and those on board, on a day to day basis. Anchor designs have evolved over the years, but the basic principles have remained the same. The systems that house them, and the design considerations of superyachts, on the other hand, have come a long way. One company that has flown under the radar somewhat, but has quietly made some significant innovations in the superyacht sector, is Manson Anchors.

A proudly New Zealand owned company, they have been building anchors and anchoring systems for 50 years. Manson Anchors are based in the manufacturing district of Avondale, in West Auckland. I caught up with Ned Wood, technical sales director, at Manson Anchor’s and Bowmasters's facility, to see how an often overlooked part of the superyacht, has evolved.

While Manson Anchors serve a full range of custom and production vessels with its range of anchors, its subsidiary company, Bowmaster, produces systems and solutions for housing and holding them. It was these full systems, specifically those that house the anchor below the waterline, that were the most fascinating. I have used the earlier generations of similar systems on a large sailing yacht. It is striking to approach a yacht from the water and have no visible anchor or chain. We would occasionally even trick onlookers by suggesting that we have a dynamic positioning system. These early systems were not perfect, however. Sometimes it would take a few attempts to get the anchor home, and occasionally we would have to move the boat with the anchor hanging below the bow 2m. Not life-threatening, but not ideal.

I was interested to hear how the team had addressed these concerns with the next generation of systems. Wood, and the team at Manson & Bowmaster, suggest that these early issues stemmed from the fact that the anchor was delivered separately from the system that will house it. Marrying these two technologies, even with the best intention of the yard, is challenging. By building a complete system in-house, to class, Wood and his team can then test it exhaustively, simulating the stresses at sea, on a purpose-built test rig.

“We find that if you do full-scale mock-ups, we are able to iron out any of the kinks in the system. Probably two-thirds of the time you are just validating the design. That's what we are focussing on, building a system, testing it and sending it all over, so the shipyard just has to install it. Shipyards don't want to have to crop together pieces from a number of different suppliers.” Says Wood.

One such system can be seen below; a Subplough anchor and submarine system in Titanium. The length of the shank and its rounded shape are specific to an underwater system, and as Wood informs me, this is what ensures that the anchor reliably comes home each time. Interestingly, this system is one of a growing number that is built in Titanium. Not the anchor, it is worth noting, as Lloyd's Register classification is tied to weight, which dictates steel. Having the surrounding system in the pocket in titanium, however, makes significant thickness and weight savings. Titanium, as you may expect is considerably more expensive, however. Wood explains that this is largely due to the labour time associated with the TIG welding process, and not solely linked to the material cost. 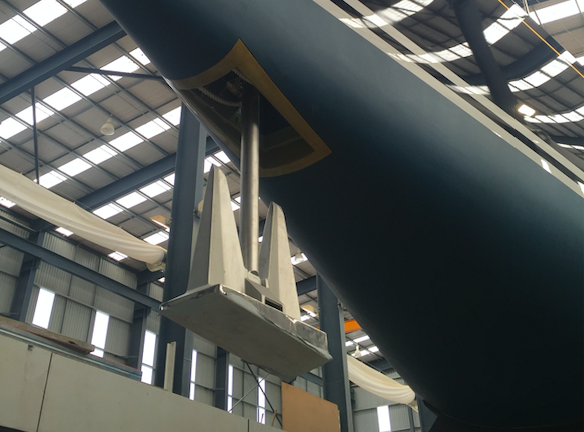 The anchor and chain are the loudest things on board, and traditional systems can take up a lot of space. The design process and integration of the anchoring system can be highly consequential to the safe operation, and comfort of the vessel. Although a similar lament is heard from almost all suppliers to the new build sector, Wood has a strong case when he asserts that, especially with their custom systems, Anchoring system suppliers such as Manson and Bowmaster should be factored in early on in the design process, to maximize the use of space and the comfort of those on board. “A good example I can give is that if you compare it to something like a 50 ft Beneteau,” continues Wood, “every single cubic centimetre of space has been maximized. Often the anchoring systems of superyachts are replicated between builds, and if you are to take a close look at it, there are almost always ways to maximize that space and the operation of the system.”

Wood also sees the typecasting of certain anchors and systems as being for sailing or motor yachts as a narrow way to think about it. There are few design restrictions to prevent submarine systems on most vessels, as Wood explains:  “On a large new build motor yacht project we have been working with, for example, we were involved early. We submitted 8 different configurations of systems to the shipyard and designers. We have 13 different type-approved anchors and different solutions suit each. If we are asked the questions and presented with the problems, we can usually find the right solution.”