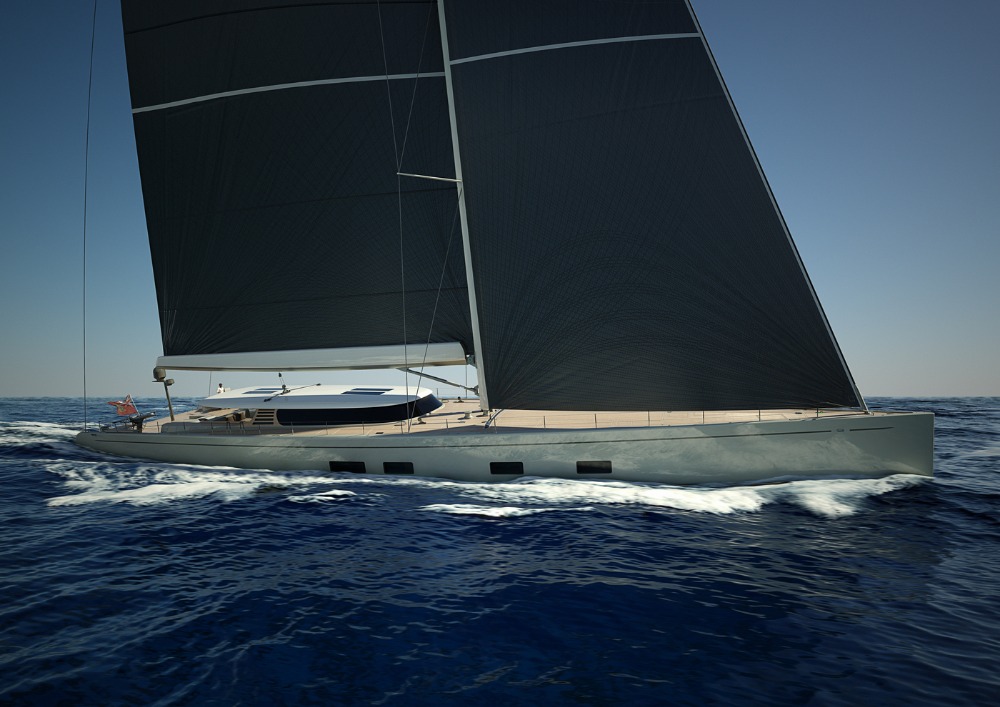 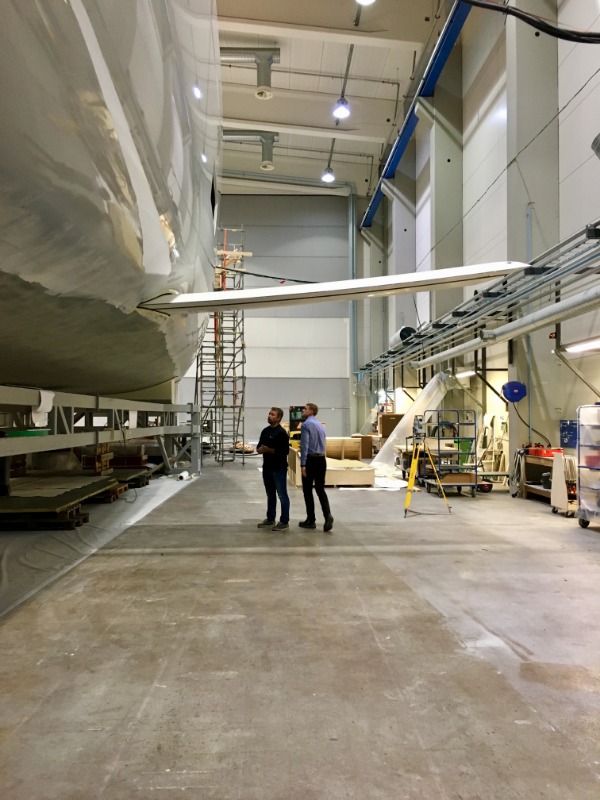 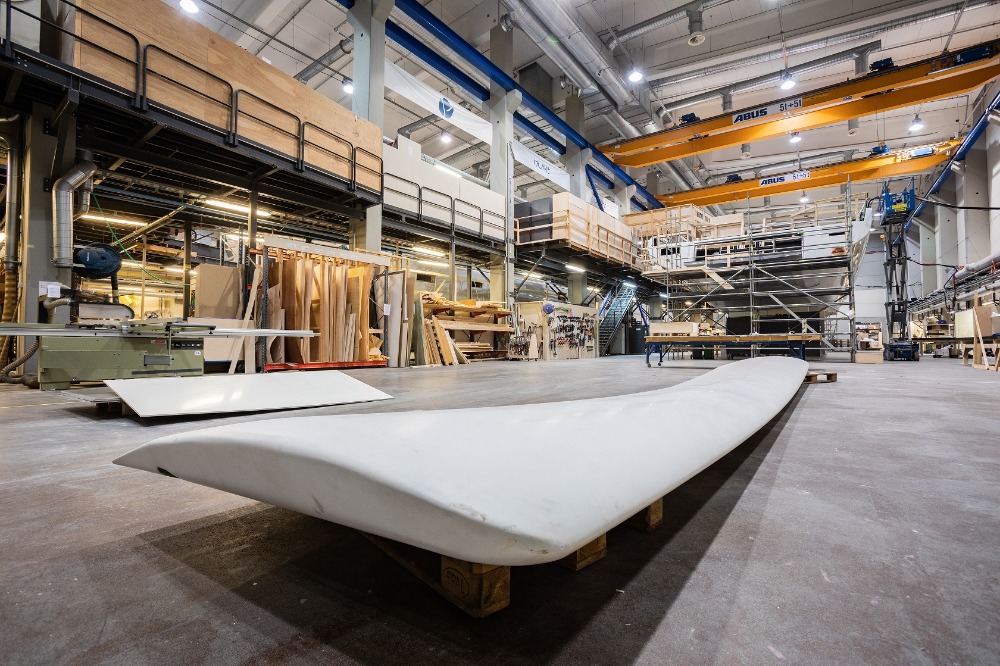 At the end of 2017, Baltic Yachts announced the construction of carbon composite Baltic 142 custom sloop, named Canova. Commissioned by a repeat Baltic client, the project will be the first superyacht to be equipped with a Dynamic Stability System (DSS) foil. With the casing for the foil now installed, Baltic is able to reveal more about the high level of technology that is being featured on the project.

Once launched, Canova will be able to deploy its 29ft 6in-long athwartships DSS foil at the touch of a button, which will create lift to dramatically reduce heel, increase speed, dampen pitching and enhance comfort. Designing and fitting the case, through which the foil will move, has been a major engineering challenge for Baltic, naval architect Farr Yacht Design and composite engineers Gurit, not least because the carbon structure runs directly beneath the owner’s berth amidships.

“I believe this is the most complex moveable appendage we have ever fitted to a Baltic yacht,” explains Roland Kasslin, head of research and development. “It was challenging to engineer the carbon hull to take the loads around the hull aperture, not to mention finding space for the transfer cassettes, control lines and captive winch. In order to simplify the system that moves the foil, it required a significant amount of effort from the team. We wanted to ensure that something so complex was made as simple and reliable as possible.” 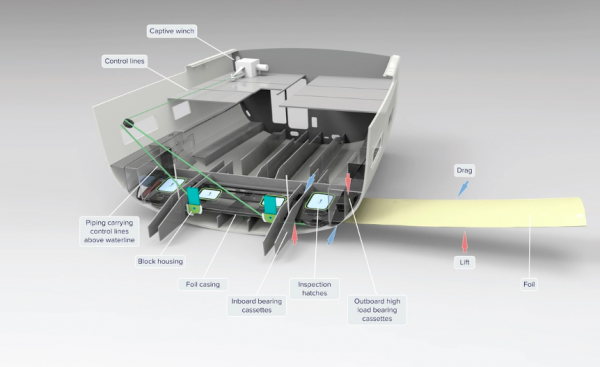 The foil itself is designed to be deployed while the yacht is sailing at speed, so it runs on four sets of highly specialised bearings designed by America’s Cup engineers at BAR Technologies who are currently working on Ben Ainslie’s 2021 Cup campaign. To cope with the size of the foil and the projected 140-tonne upward load on the leeward bearings when it is being deployed, an electric Harken captive winch, with a pull capacity of 20 tonnes, will be installed. This will make the operation of the DSS foil a safe, press-button process no matter what the conditions.

Farr Yacht Design has predicted impressive performance numbers, with the boat expected to comfortably achieve boat speeds equal to wind speed in moderate to strong conditions, about four or five times faster than a conventional yacht of its size. “For a conventional boat of these dimensions, we would anticipate heel angles of 20-25 degrees, but in this case with the foil deployed we see optimal heel angles in the 7-15 degree range,” adds Britton Ward, vice president at Farr Yacht Design. “One of the less understood impacts is the additional pitch and heave damping the foil provides, significantly improving motion and making for a more comfortable ride.”

The machinery room components, including the diesel-electric propulsion system and the pull propeller pod, are also in place. The propeller rotates through 340 degrees to avoid having to install a separate stern thruster. Twin generators and the large Lithium ion battery bank, which supply the yacht with all its electrical needs and enable to yacht to run for long periods of time in ‘quiet’ ship mode, are also in place and just have to be linked with their cabling and piping for final testing,

Canova is on track to be launched in the spring of 2019 and be delivered to her owner in the summer. Read more about the project’s DSS foil in previous SuperyachtNews.com coverage here.

The Swan 120 – pushing the boundaries of a performance cruiser