SuperyachtNews.com - Technology - A case of glass half full and class half empty?

A case of glass half full and class half empty?

Advances in glass technology are coming thick and fast, but does this epitomise the problems with classification and obtaining type approval? 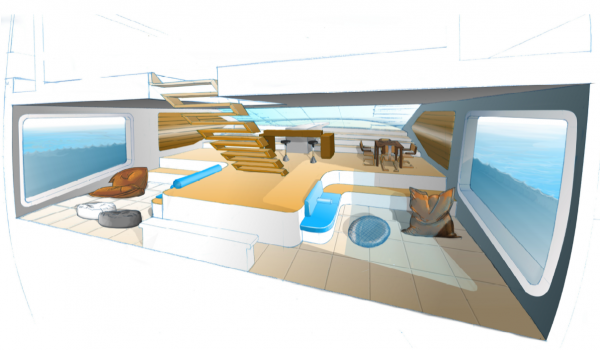 When it comes to the evolution in superyacht design, few things have played such a key role as glass. Think of the iconic window design of Enigma (ex-Eco) and it would be easy to think that complex shapes and innovative styling have always been the norm. But in fact it is only in recent years that glass has started to become a dominant part of superstructure design, driven partly by advances in glass tech that allow for larger panes which weight considerably less than the more traditionally used tempered glass. Moreover, complex shapes are becoming easier to achieve.

“Glass is not necessarily an easy material to understand,” says Steven Miller, product manager at glass specialists ProcCurve, “so I think a lot of people stick with the traditional approach to glass, and also the standard way to calculate glass thickness based on tempered glass. They stick with that because they understand that.” But things are changing – the development of Gorilla Glass, for example – which has been used in 4.5 billion devices from smartphones to tablets – is heralding a new dawn of possibility for lightweight, thin glass. Moreover, modern chemical treatments mean glass can be strengthened without the drawbacks of tempered glass. “Our process provides a higher optical quality than tempered glass,” Miller explains, “as it doesn’t have the distortion or surface defects you might get when tempering.”

Such innovations are being utilised across the board, with one prime recent example being the 83.5m Feadship Savannah which was launched in 2015. Feadship has been investigating glass technology since 2009 when it incorporated underwater viewing lounges to its Aeon and Breathe concepts. “Aeon had lots of windows in the middle, and the Breathe concept had a viewing lung in the aft end with windows on both sides underneath the waterline,” says Ronno Schouten, design manager at De Voogt Naval Architects. “It was with Breathe that we really started to do more research on the feasibility of it construction-wise, and also talking with glass suppliers. You could say, in fact, that Breathe was the base for the aft underwater lounge on Savannah.”

Of course, this brings up the perennial question of how to deal with classification societies, who are often seen as being somewhat conservative when it comes to considering elements such as underwater glass. “I think in the last decade the knowledge about glass has increased, and also the awareness of yards, engineering companies, naval architects and Flag and class,” comments Schouten.

“We’ve seen recently, specifically with Lloyd’s, that they’ve been much more interested in working with us to get thinner glass approved because they see that the designers and the builders want it,” says Miller. It hints at a wider shift within class societies as they become increasingly aware of the need to change both their processes and the approvals system in general, but things are far from perfect.

“The problem,” says Ian MacDonald, president and CEO of underwater lights manufacturer Sea Vision, “is that we’ve lost our way a little bit. Class is a kind of necessary evil at the moment, and it has become very complex, very time-consuming and very expensive. I can only speak with regard to the products we manufacture, but if we’re going for type approval on a new product the timeframe required – and this is the same for all the class societies – is way too long.”

Action could soon follow, though. At a Lloyd’s Register workshop in Rotterdam earlier in 2017, Engel Jan de Boer – yacht segment manager at Lloyd’s – admitted that there has been some negative as well as positive feedback about certain aspects of the class process, but also announced that steps were being taken to improve the system for the benefit of manufacturers and yards within the superyacht sector. “It’s definitely a changing world,” de Boer says. “We have had issues with fluctuating oil prices, there is a lot of disruptive technology being introduced, client needs are changing, there’s big data coming up, there is a lot more interactivity in terms of data and digital, and there are both new entrants to the market and some companies exiting the market. There seems to be an accelerated rate of change and we all need to adapt a lot quicker to the changes. As a consequence,” he continues, “there’s also a lot of changes in regulations – not always for the benefit of the industry – but we try to contain it to something which is acceptable to all.”

Part of the frustration for OEMs is that the current, post-2008 process requires testing individually for each of the class societies, rather than one society accepting the standards of another’s type approval. It makes for a complicated, time-consuming and expensive development process for all OEMs operating in the yachting segment – and it can only be hoped that the class societies will get together to find the easy wins, which would benefit everyone in the industry.

More in-depth looks at both the development of glass technology and the type approvals process for OEMs appear in issue 180 of The Superyacht Report.