Could the shift into a sellers’ market have a long-term impact on pricing for the brokerage sector? 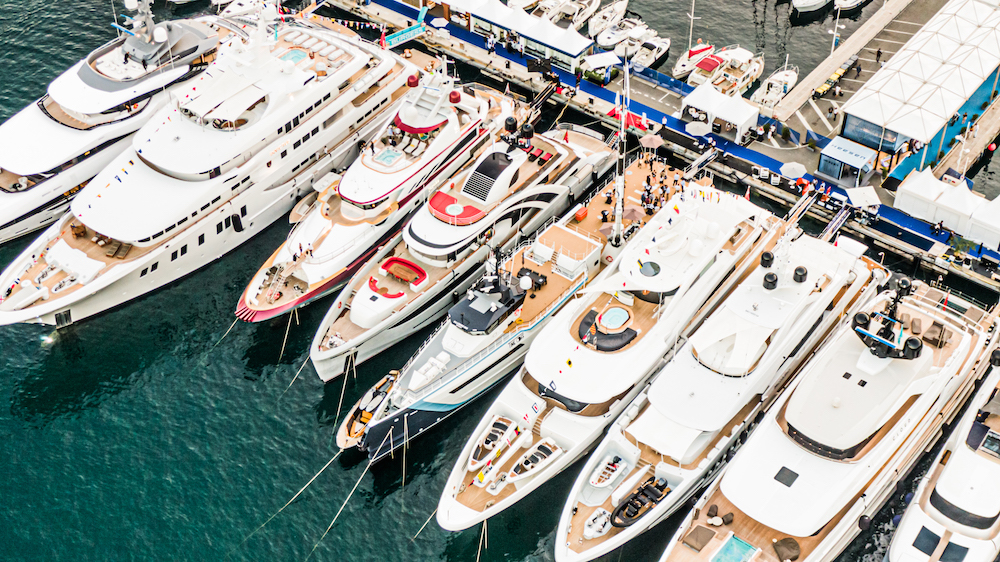 In recent years the second-hand brokerage market has, unfortunately, been partially characterised by large assumed price reductions, long sales periods and fairy tale valuations designed to prey on the vanity of superyacht owners. However, with the balance of power shifting from the buyer to the seller, might the currently strong performing brokerage market have the opportunity to right some of the wrongs that were created in the post-2008 sales environment?

“We are seeing brokerage prices firming up and, probably for the first time since 2008, I would say that we are in a sellers’ market, and that is not something that I have said for 13 years,” starts Will Christie, founder of Christie Yachts. “In the decade pre-2008, buyers perceived the value of a brokerage yacht to be determined by three key considerations. What did the owner originally pay for the boat? What would it cost to build the same boat new today? And what have comparable boats sold for on the market recently? There was a balance between these three considerations that enabled the vested parties to reach a balanced conclusion on fair market value. The post-2008 environment, however, was completely different.”

By stark contrast, Christie explains that the post-2008 brokerage era was characterised by a movement away from the three logical key considerations and towards a period where the only metric that was valued by buyers and certain factions within the brokerage community was the lowest common denominator. “The primary concern was the lowest price for a similar vessel and all buyers wanted to match or beat that, even if that one sale was an outlier due to unique circumstances,” he says.

In an environment where large reductions became the norm, inflated pricing became the accepted antidote. Sellers were dangled unrealistic values for their superyachts, with certain individuals praying on vanity and the knowledge that once a central agency is signed, even in the event of price reductions and a long sales period, clients were more than likely to stick with the brokerage house they originally appointed as central agent (CA).

“It became commonplace for buyers to come in with bids that were 20-25 per cent less than the market value, so it was necessary to build in a pricing buffer. This was largely a hangover from ‘the beauty parade’, where brokers would seduce new owners with fairy tale prices because they wanted to win the central agency at any cost,” continues Christie. “Often there would be clauses within the central agency agreements to make owners refund unlimited marketing costs if the owner wanted to switch CAs. Given how high the marketing costs can become, the owner will typically stay with the brokerage house and succumb to a price reduction.”

This process often continues until the yacht is sold at the price that the more scrupulous members of the brokerage community had initially advised. However, at this point, rather than engaging in a relatively swift sale at a fair price, the owner has had to continue paying operational and maintenance costs while also suffering from ongoing depreciation.

“It may be that during that prolonged sales period there is a five-year class survey or a particularly expensive piece of maintenance to be done,” explains Christie. “This could have been avoided if the boat was priced properly and sold swiftly.  This approach to sales does not serve the owner’s interests. Part of the issue is how opaque the industry can be unless you are in the know. It is difficult for clients to know what boats cost to build originally, what similar ones have sold for recently, and without good contacts, what they would cost to replace. Access to data is limited, and even if provided, data can be used to support any argument, so it’s vital that both buyers and sellers really do their homework and ask probing questions to establish what fair market value actually is.  One or two “outlier” deals do not dictate value.  Some boats sell for massive discounts as the owner needs a quick sale, the boat has an odd layout, the interior design is not attractive to the wider market or it is in bad condition. Similarly, there may be a couple of boats that sell for big premiums each year, but they are often off-market deals where owners were reluctant sellers. These outlier deals are often used to create an argument by both sides to value a yacht – it’s not very helpful or realistic though.”

Fortunately, the recent uptick in brokerage performance has returned a sense of logic and balance to the sales and acquisition process. Once again buyers are, according to Christie, weighing up original purchase cost, current new build prices and equivalent sales to determine fair market value. With demand so high, the opportunity to drive prices downwards has been hampered significantly. What the medium-to-long-term impact of this shift will be on the market remains unclear as it will be determined by how sustainable this period of high demand proves to be. However, Christie offers a theory as to this period may prove to be more sustainable than the cynics are giving it credit for.

“The pandemic created the perfect test environment for working remotely,” says Christie. “In the past, there have been limited owners who were willing to test their ability to work from their yachts, but they were in the vast minority and even in these cases the rest of their workforce would not have been adapting to the remote working environment like the owners were. However, the pandemic caused a massive cultural shift in so far as it made remote working the norm. So many potential buyers in the past have stopped themselves from buying a superyacht because they couldn’t justify the limited potential usage in light of running their businesses. Now, clients are confident that they can use their vessels year-round if required and still run their businesses. This is certainly part of the reason that we have seen so many new entrants to the market and, potentially, will help maintain the strong brokerage performance that we are experiencing at the moment. There is also a finite amount of new yachts that the top shipyards can produce. This limited supply is fuelling the firming of pricing in the brokerage market.”

While a levelling off of the brokerage performance curve is inevitable, it is hoped that the market will level off with a higher base performance level than experienced in recent years and it must be hoped that there is an industry-wide buy-in for balanced pricing. Theoretically, the brokerage sector should not be competing on price, it should be competing on quality of service and the value that is either added by an individual broker or the business that they work for. Returning to a marketplace where 20-25 per cent reductions are accepted as standard practice does not benefit anyone. Indeed, when everyone is aware that a 20-25 per cent reduction is likely, it entirely negates to point of adding the buffer in the first place. With the balance of power between buyers and sellers becoming more reasonable, the industry must take this opportunity to negate some of the more ridiculous parts of the sales process.