SuperyachtNews.com - Owner - The perils of plastic in the ocean 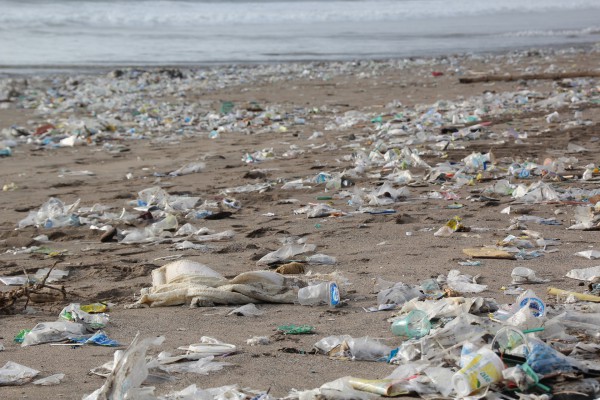 After the 2016 Great British Beach Clean, leading marine environment charity the Marine Conservation Society (MCS) found that over 70 per cent of all litter dumped on our beaches is plastic. It seems that despite various charities’ efforts, society is very much in the midst of a throwaway culture, where an ‘out of sight, out of mind’ mentality has taken over when it comes to the correct disposal of plastic. Unfortunately, this cavalier approach to littering at sea has forced us into a catastrophe whereby soon there will be more plastic in the ocean than fish.

While there is no definitive figure on the amount of plastic floating in the ocean, a recent study of ocean pollution ‘Plastic Pollution in the World's Oceans’ it was indicated that “a minimum of 5.25 trillion pieces of plastic is afloat in the ocean, weighing 268,940 tons.” This alarming figure really puts into perspective the enormity of this issue, and why immediate action is, now more than ever, essential.

There are countless known sources of continuous plastic littering at sea, and in a recent study carried out by the MCS it was found that more than nine per cent of plastic in the ocean consists of items disposed from fishing boats, such as fishing nets and lobster pots, and a staggering more than 36 per cent is public litter, such as water bottles or lighters.

A slightly less obvious, but equally significant, concern, which poses a colossal threat to the welfare of the ocean and everything in it, are microplastics, defined as all types of plastics less than 5mm in size. Microplastics enter the sea in a variety of forms known as primary microplastics, including plastic beads from personal care products, such as exfoliating body wash or plastic clothing fibres, and secondary microplastics, which derive from larger plastics that end up broken down into smaller pieces over time. “Microplastics have been found in fish and shellfish bound for human consumption,” says the MCS, “and it has been estimated that an average European seafood consumer ingests 11,000 plastic particles a year.”

Microplastics have affected the entirety of the food chain in all oceans, hindering the lives and having a significant impact on the growth and reproduction of sea creatures. But it is not just the physical effect of these foreign objects affecting marine life – microplastics can carry toxic pollutants which could be passed into animal tissue and passed up the food chain, reaching human consumption.

Beyond the effects of human consumption, the presence of plastic debris of all shapes and sizes is changing the marine environment for the worse, making the ocean an extremely dangerous place for marine life, including sea birds. In addition to microplastics, there are a number of plastic items which make up a huge proportion of plastic litter. The MCS 2016 Great British Beach Clean showed that eight per cent of litter found was made up of plastic cutlery, trays and single-use straws, the latter of which pose a particular threat to marine life, getting lodged in the nostrils of turtles and penguins as they ingest plastic litter. The MCS is targeting straws in one of its campaigns, asking people to make a small change in their everyday life and thus helping to reduce the plastic footprint and the amount of litter accumulating on beaches on a daily basis.

The crisis facing the oceans is taking place every day. The immeasurable amount of plastic of all forms in the ocean has already had a detrimental effect on marine life, and will continue to deteriorate ocean life beyond repair. More charities and individuals need to be aware of the issue in order to make minimal changes to our lifestyle, to protect our seas form further damage. To support the MCS and help make a change to the deteriorating state of the oceans, join The Superyacht Group’s 25th anniversary campaign, the Ocean Chari-Tee Shirt Project, to raise funds for the Marine Conservation Society and help support its campaigns.

Stay tuned for more information about the project, which will be unveiled in the coming days. By purchasing a Chari-Tee shirt and contributing a small about to this fantastic cause, we hope the superyacht market can showcase its dedication to helping the environment upon which the industry lives and works.

The implications of coral bleaching