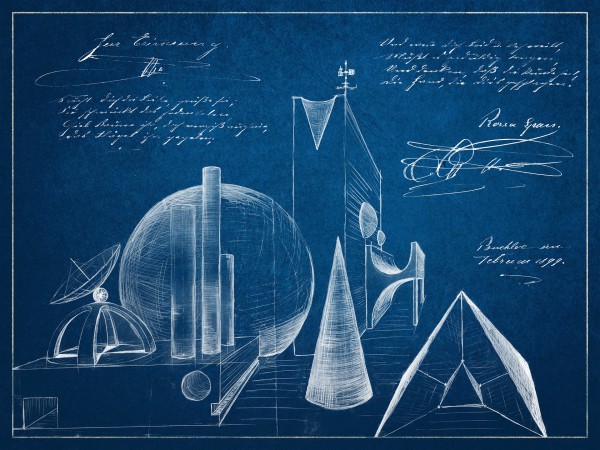 A growing number of the ultra-wealthy are making their imprint across the globe by funding legacy projects, using their assets to leave a positive impact on the world. Elon Musk’s SpaceX, Hyperloop and SolarCity are all examples of the entrepreneur using his considerable wealth to influence the world. Leading by example, his commitment to moving technology forward is due to his ultimate focus on colonising Mars as a way to “save the human race.” Bernard Arnault, CEO of LVMH has donated millions to arts charities, most notably in the Fondation Louis Vuitton. Opened in 2014, the cultural centre has been described by Arnault as a way of ‘giving back to the culture’ that has influenced his life and company.

As the instances of these billionaires choosing to use their legacy for the good of the world appears to be increasing, anecdotally at least, is this an attitude that the superyacht market needs to adjust to?

Before his presentation at The Superyacht Design Summit, David Nelson, head of design for Foster + Partners, sat down to discuss the intent of billionaire Michael Bloomberg, the driving force behind the company’s record-breaking new European headquarters. Bloomberg is known for his philanthropy, and commitment to environmental initiatives. It would be self-evident, then, for his company to lead the way on developing a building that is influencing the way that corporate architecture is seeing sustainability. This new ‘billionaire’ mindset is one that needs to be addressed in order for our market to continue.

It was lamented at The Superyacht Design Summit that on a client’s list of priorities, being eco-friendly or sustainable is incredibly low down on the list. But, as Nelson explained to me, it’s the job of the designer – or advisor – to promote these new ways of thinking. “Bloomberg are very advanced in their thinking in regards to sustainability,” he explained, “But we were also putting things before them.” The Foster + Partners team saw this project as an opportunity to really push the boundaries of what a building could achieve in terms of ‘eco-friendliness’, and with a client open to ideas, it enabled the dialogue about sustainability to come to the fore.

“We can’t insist, architects have no power,” Nelson observed. “What we can do is present things and show the possibilities and the options and the alternatives of what you might pursue. So as the project was developing, ideas of sustainability were developing.” Nelson highlighted that, in the somewhat unusual case of the Bloomberg HQ in London, the company is the owner-occupier of the building, not a tenant on a lease. Inherently, this sense of ownership has increased the company’s commitment to reducing its environmental impact. “If you are going to live in it and make it your own, there is a whole different mindset. That mindset, therefore can look over a time period, rather than a 25 year old lease for example. People think longer than that.”

“Architects have no power. What we can do is present things and show the possibilities and the options and the alternatives of what you might pursue." - David Nelson, Foster + Partners

Interestingly, within the architectural field, it is a collective of professionals that have collaborated to create new standards, which push the boundaries of what each practice does. “All of these standards that you work to, were all put together from within the industry,” he explained. “A lot of them are put together by consensus so you’ve got to get a lot of people in the industry all agreeing, and then standards can change and the designs move on.”

There are examples of this within yachting – owners such as the late Tom Perkins or the focus of sustainable new technology available on S/Y Black Pearl are all making waves. Hybrid technology is becoming more common on yachts, such as Heesen’s Home delivered last year. There needs to be a collective of voices, from all areas of the market, to have this new ‘blueprint’ on their mind when approaching new projects. According to Nelson, architects see it as their job – perhaps even their duty – to do this. “We have to make a significant change, and that will manifest itself in projects,” he offers. “We then find clients who are prepared to take it on.”

Owners should be encouraged – by designers, shipyards and naval architects – to embrace these challenges (or move away from the norm) as a badge of honour. They are not beholden to anyone, not necessarily tied to any governmental bureaucracy; they can showcase their interests and support of a particular cause in a hugely powerful way. For example, Nelson revealed that the high environmental score of the new Bloomberg HQ is a source of incredible pride for Michael Bloomberg, who has co-authored a book on the importance of environmentalism. Furthermore, those who create such projects are also seen as visionaries within their chosen field. “That’s the ambition,” added Nelson. “It is to produce something to show people that, this is what you can do.”

The assets and influences of individuals such as Musk, Bloomberg or Arnault mean that they can push their own agenda. However, if there are clients that have yet to discover their interest in being a boundary-pusher, shouldn’t the market be prepared for those who may need a little guidance? Offering a ‘blueprint’ for these individuals is a way to innovate our market, engage with new technologies and, maybe, change the world a little.