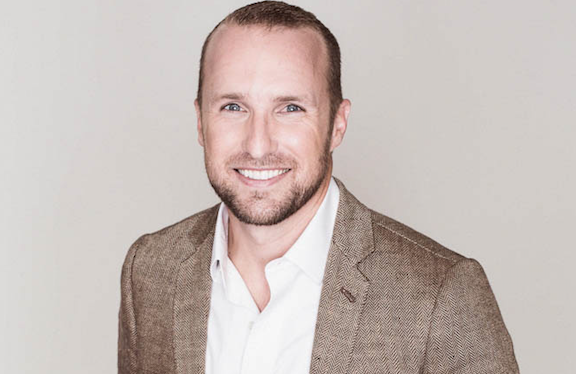 Timothy Hamilton, director of Lürssen Yachts America, believes the American yachting industry is thriving, riding the wave of a booming US economy and full of old and new clients. However, this success and the good times aren’t evenly distributed...

American buyers and charterers
The market in America has been strong for the past five years and has been growing over the past seven. The market for yachts in many ways follows the equities markets where we’ve seen similar growth trends in the US. I’ve often heard people in Europe saying the market has been poor, is just now recovering and that they need to get into the American market, but they have missed the boat! Buyers and charterers in America have been confident for years now. Don’t believe me? Look at the order books for most Northern European shipyards: they’re fuller than they’ve ever been and half (if not more) of their orders are from US clients.

US Builders
While the market for American buyers and charterers is near or at an all-time high, superyacht builders in our country have mostly been closing their doors or barely hanging on. Delta and Westport, the only two dedicated yacht builders actively still building boats, are well off their peak production levels and somehow struggling to capture all of these American orders. As someone with experience of working just with European builders, I can only hypothesise on why this is. US yards have an advantage with exchange rates (making labour cheaper), which represents the largest portion of the build cost. Market perception says US builders lack in quality compared with their European counterparts but I think it has more to do with lack of investment and unfortunate commercial activities. Regardless of the reasons, as a patriotic American I would love nothing more than to see American boatbuilding thrive again – either under the known brands or with new upstarts.

Regardless of the reasons, as a patriotic American I would love nothing more than to see American boatbuilding thrive again – either under the known brands or with new upstarts.

US buyers going to Europe
In Europe, the story is very different. Some European shipyards either went out of business or converted to refit shipyards as a result of the Global Financial Crisis; the strong brands from Holland, Germany and Italy not only survived but also are now busier than ever. Much of this business is not from old Europe but from the Americas, Eastern Europe and increasingly Asia. Americans are attracted to European builders because of strong branding, products that have evolved to meet the demands of the clients and the security of investing in shipyards that deliver on time, on budget and perform well in the resale market. Thriving shipyards have invested in new or upgraded facilities to produce larger yachts in a timely manner, without restrictions.

US and European brokerage houses
An interesting perspective on the state of the US yachting industry is how the brokerage community is evolving. It used to be that the major brokerage houses were either headquartered in America or many of their major offices were stateside, typically Florida-based. Of course, there are still several big-hitting brokerage houses in the US, but it seems some of the bigger names have moved their headquarters and decision-making to Europe, often Monaco. What has followed is that many bigger-name, net-worth American buyers are often dealing with brokers based in Monaco. As an American, this has always perplexed me. With so many smart, dynamic Americans in our industry, why do buyers from New York and California end up dealing with someone based in Monaco, who is from a different culture? From one perspective, it seems that although the US buyer and charterer is on the rise, US builders and brokers may be on the decline. This is an odd dynamic. You certainly don’t see an overwhelming number of European buyers doing their business through American brokers and building boats at American shipyards.

Consolidation
It will be necessary for brokers and shipyards to consolidate in order to pool both talent and financial resources and remain relevant for the future market. We’ve seen an excellent example of this with the American brokerage house IYC merging and restructuring with a Greek firm [Cape 4 Yachting] resulting in a slimmer, smarter, sharper company that is doing some serious business. It might be interesting to one day see a European and American shipyard merge to share expertise and production capacity.

New clients
One thing is for certain. For the US yachting industry to continue to grow we will need to not only service the clients who are already in our market, but also bring in the new wealth that is being created. I expect the next-generation owner and charterer to be brought in by next-generation brokerage houses and yachts. Denison Yacht Sales, one of the largest brokerage houses worldwide in terms of numbers of boats sold, isn’t even on the radar of the established firms in Europe. These guys are quietly introducing yachting to a huge number of next-generation American owners.

I would love to see the shipyard of tomorrow building green yachts coming from ‘the land of the free’!

Where have all the big (US) boats gone?

Inconsistencies with issuing of US visas to yacht crew continue

Does the stereotyping of US crew still exist?