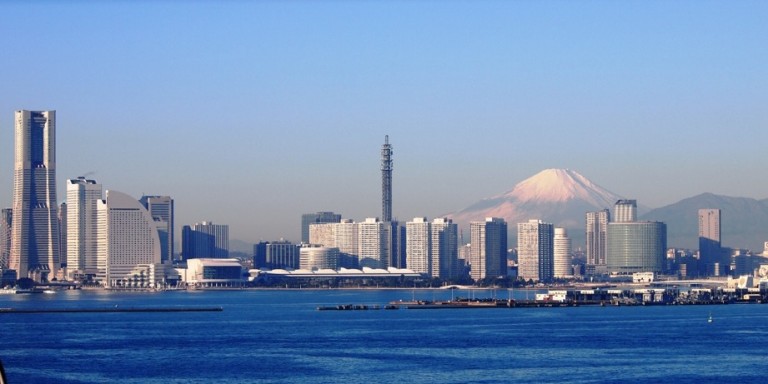 Superyacht Logistics Japan (SYL) has announced superyacht berths for the upcoming Tokyo 2020 Olympic Games. SYL’s official dockage for the games will be in Yokohama, part of the Greater Tokyo metropolitan area and a short drive from a number of Olympic venues.

Most of the dockage will be at the new HamaHead Marina site near Minatomirai CBD in Yokohama, a stunning city scape skyline, with an abundance of shops, restaurants, train stations and car access. Overflow dockage will be close by at Yamashita Futo and Pacifico North.

SYL Japan also reports that they have a proposal into the city to add concrete floating pontoons to the site and are pushing to have at least one of these in place before the Olympics start. “We hope to have a 200m superyacht pontoon in place,” continues Kusu, “we are negotiating this with the city now and are very hopeful that this will be done before the summer games.”

Until the Japan Rugby World Cup in 2019, the island nation was ordinarily visited by four or five superyachts per year, this number grew to around 20 for the World Cup and is expected to exceed the record figure for the Olympics. Although Japan has yet to establish itself as a superyacht hub of the same calibre as the likes of the Mediterranean, it should take the predicted influx of superyachts in its stride.

While Japan’s marina infrastructure has not been developed to exploit Mediterranean-style superyacht marina culture, which places a great deal of emphasis on gastronomy, retail and real estate, the key marinas for the Olympics are close to the centre of town, offering easy access to more Michelin Star restaurants than London, Paris and New York combined, as well as the games themselves.

“During the Tokyo Olympics we suggest staying in Yokohama because is much more fun and only 25 minutes away from Tokyo by car,” explains Nigel Beatty, chairman of the Asia-Pacific Superyacht Association and owner of SYL Japan.

“In terms of cruising around Japan, I would suggest starting off at Ishigaki, travelling up the island chain to the larger ‘mainland’ islands of Japan. The Inland Sea, which is 300 miles long with 3,000 islands, is one of the world’s greatest undiscovered cruising areas, completely protected from the Pacific swells.”

From within the Inland Sea, Beatty suggests visiting Kobe and Osaka on its eastern edge, from where you can visit Yokohama and Tokyo and double back to the Sea of Japan of the Pacific side of Japan to cruise up to the port city of Hakkodate in the far north.

“As you travel around, you will discover many ultra-modern cities intermingled with 2,500 years of history. Japan, with essentially year-round cruising, has so much to offer adventurous superyacht owners. But, as it is still an emerging destination, a level of forward planning is required compared to travelling around more established cruising grounds,” concludes Beatty.

The Pacific Superyacht Forum will take place from 28-30 June 2020 at Victoria International Marina, Canada. This invitation only event be utterly unique, attracting around 200 VIPs including owners and their advisors, regional industrialists, and C-suite stakeholders from around the world, for a powerful closed-door discussion. To register your interest in The Pacific Forum, click here.