Learn why The Superyacht Group's Ocean Chari-Tee campaign is tackling this issue.…

For those who question the reality of climate change, here are a few facts and figures: The European Environment Agency reports that mean sea levels have risen by 19.5cm since 1901. According to a number of scientific reports, global sea levels are now rising by a minimum of 3.4mm per year, (From 1901 - 1993, the average reported sea level rise was 1.7mm per year, indicating the rapid rate at which this problem is accelerating). The Intergovernmental Panel on Climate Change (IPCC) forecast that sea levels will rise by a minimum of 28cm by the end of this century, but many believe this figure to be incredibly conservative. As a result of these facts, they released the following statement: “Scientific evidence for warming of the climate system is unequivocal.”

The U.N. Atlas of the Oceans outlines that eight of the world's 10 largest cities are located by a coast. Coastal areas - and superyacht destinations and epicentres such as Florida, the Maldives and the Netherlands, to name but a few - are all at risk of devastation. The National Oceanic and Atmospheric Administration (NOAA) has created a tool entitled ‘The Sea Level Rise Viewer’, where it illustrates the vulnerable areas of the United States that will be affected.

In addition to the flooding of coastal developments, rising sea levels will mean greater risk of storm surges, tidal waves and sometimes, hurricanes. Unfortunately, the areas most prone to these disasters are often in developing regions. A recent report published by the Scientific Journal (Article number: 1399) estimates, “The 10 to 20cm of sea-level rise expected no later than 2050 will more than double the frequency of extreme water-level events in the Tropics, impairing the developing economies of equatorial coastal cities and the habitability of low-lying Pacific island nations.”

“The 10 to 20cm of sea-level rise expected no later than 2050 will more than double the frequency of extreme water-level events in the Tropics, impairing the developing economies of equatorial coastal cities and the habitability of low-lying Pacific island nations.”

There are many studies and reports that detail a myriad of causes for the rise in sea levels. In layman’s terms, the main reason behind the changes are temperature increases across the globe. Human activities, such as burning coal (and other fossil fuels) and destroying the rainforest, mean that the earth's temperature has risen, causing seawater to expand. This is compounded by glacial ice melting, adding more water to the oceans. National Geographic magazine reports that if the Greenland ice sheet completely melts, sea levels will rise by a meteoric seven meters, which is “enough to submerge London.”

Sadly, the extent of human destruction thus far means that we cannot undo the rise in sea levels. The main action moving forward is damage control, making sure that the global community works together to stem the flow and restrict emissions worldwide. According to The Ocean Agency, 93 per cent of climate change heat is being absorbed by the ocean and a third of CO2 emissions.

The lack of unified governments fighting against the global crisis, organisations and charities have to take control to educate the masses about these issues. One only has to look at President Donald Trump’s recent proposed withdrawal from the Paris Agreement, to see the disparate attitudes to protecting the environment. This means that more and more charities and private organisations must take on the role of actively campaigning. To support these organisations, and as part of The Superyacht Group’s 25-year anniversary campaign, the ‘Ocean Chari-Tee Shirt Project’, we will be donating a portion of the funds to The Ocean Agency.

According to The Ocean Agency, 93 per cent of climate change heat is being absorbed by the ocean and a third of CO2 emissions.

Speaking about the collaboration with The Superyacht Group, Vevers explained the important role of superyacht owners in the ongoing fight to protect the environment. "Superyachts are hugely important in ocean conservation. Owners are influencers and have the opportunity to see and communicate what is happening in the ocean on a global stage. The yachts themselves are hugely important as platforms for science - making critical science feasible and attracting media attention where is most needed."

"Superyachts are hugely important in ocean conservation. Owners are influencers and have the opportunity to see and communicate what is happening in the ocean on a global stage."

Stay tuned for more information about The Superyacht Group’s ‘Ocean Chari-Tee Shirt Project’, which will be unveiled in the coming days. By purchasing a t-shirt and contributing a small amount to such a good cause, we hope the superyacht market can showcase its dedication to helping the environment upon which our industry lives and works. As Vevers concludes, "The recent record-breaking hurricanes are clear indicators of how serious the issue has become. People are slowly waking up to the realities of climate change but much more focus and education is needed about the fundamental role of the ocean." 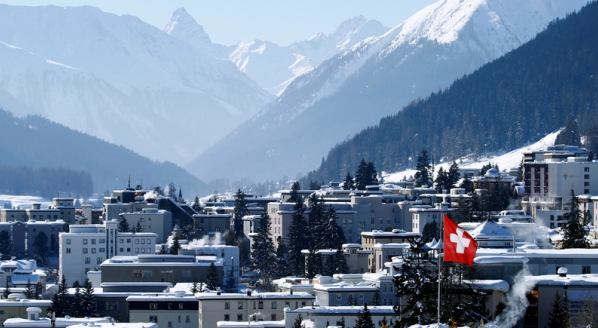 Over 3,000 global leaders met to debate a route towards this business model