SuperyachtNews.com - Owner - Overfishing – a danger to our playground 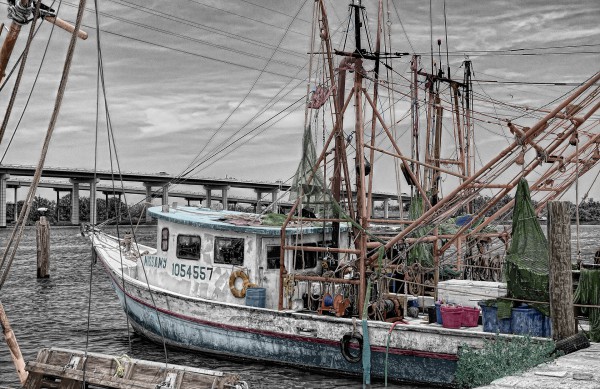 It is estimated that 90 per cent of the world’s wild capture fisheries are being fished at or above their maximum capacity. It’s something of a shocking realisation, particularly when seen in light of the growth of the world’s population, which is expected to reach 9.6 billion by 2050. A concomitant rise in demand for fish means the seas and oceans face a crisis – and it’s a crisis that could impact on all of us.

As the Marine Conservation Society (MCS) charity points out, unsustainable fishing practices are causing profound and, in some cases, permanent changes to our seas. Overfishing, bycatch and bottom towed fishing gears have damaged habitats, altered marine foodwebs, depleted our fisheries resources and left many species on the brink of extinction. “While in some areas overfishing has simply resulted in fewer large and long-lived fish,” says MCS, “some stocks, like cod, have collapsed and been replaced by short-lived species which exist further down the food chain, such as crustaceans and jellyfish. These species now dominate those ecosystems, reducing overall productivity and undermining the recovery of fish stocks.”

It is said that 1989 marked the high point for yield when around 90 million tons of catch were taken from the ocean, but since then yields have stagnated or declined, and in some cases for specific fish have collapsed completely. Further, a study by Science in 2006 predicted that if fishing rates continued unabated, all the world’s fisheries would have collapsed by 2048.

It is not just about the food aspect – changes in the abundance of species and structure of the food chain can lead to less secure futures for coastal communities that have, in many cases, relied for centuries on the fishing industry. Throw in pollution, global warming and acidification and it is clear that the pressures on the seas that we enjoy so much, and which are central to the superyacht community, are set to increase substantially.

Aggressive policies designed to protect fisheries have started to be implemented to prevent further damage to the delicate ocean ecosystem and to rebuild stocks, but there is still a lot of work to do. MCS has been working hard in recent years to influence the reform of the European Union’s Common Fisheries Policy – the overarching legislation managing Europe’s fisheries. “Changes to the new policy in 2013 were extremely positive with targets for sustainable fisheries and aquaculture engrained in the legislation,” says MCS. “The challenge now is ensuring that these promising new targets are properly implemented. Our fisheries team is helping to drive forward both policy and consumer-led actions to support development of good fisheries and aquaculture management.”

MCS’s fisheries team is also busy working with industry to promote and support aquaculture production that is based on innovative and responsible practices. “Two of the top five species eaten in the UK are farmed – Atlantic salmon and warm water prawns,” says MCS. “Both rely on marine proteins and oils in their diets which we get by catching wild fish or crustaceans to feed to them. We believe the sustainable management of feed fisheries, along with increased use of non-marine feed ingredients, will ensure that aquaculture can contribute to our future food security by being a net producer of fish protein.”

In addition to pressure on the fisheries at a European Union level, MCS is also implementing other measures designed to aid consumers in choosing sustainable fish and seafood through its Good Fish Guide website, as well as helping retailers, restaurants, suppliers and takeaways to adopt sustainable seafood policies and develop recognition schemes so people know where to dine and buy their seafood.

The crisis facing our oceans is real, and urgent. This means that more and more charities and private organisations must take on the role of actively campaigning and applying pressure to national and international governments to ensure policies are put in place to protect our seas for now and for future generations. To support these organisations, and as part of The Superyacht Group’s 25 year anniversary campaign, the ‘Ocean Chari-Tee Shirt Project’, we will be donating a portion of the funds we raise to the Marine Conservation Society.

Stay tuned for more information about The Superyacht Group’s ‘Ocean Chari-Tee Shirt Project’, which will be unveiled in the coming days. By purchasing a t-shirt and contributing a small amount to such a good cause, we hope the superyacht market can showcase its dedication to helping the environment upon which our industry lives and works.