SuperyachtNews.com - Owner - Opening up the Red Sea to yachting 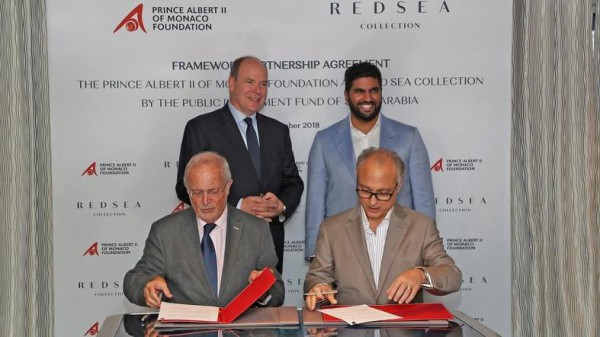 A new initiative hopes to invigorate yachting in the Red Sea. The Red Sea Collection comprises three sites and locations: Amaala, NEOM, and The Red Sea project, which are all owned by the Public Investment Fund (PIF) of Saudi Arabia. According to reports, “The Public Investment Fund seeks to become one of the largest and most impactful sovereign wealth funds in the world, enabling the creation of new sectors and opportunities that will shape the future global economy, while driving the economic transformation of Saudi Arabia.”

“The Red Sea Collection is a combination of the three projects that the PIF is developing on the Red Sea,” explains Nicholas Naples, CEO of Amaala, in a conversation with SuperyachtNews. “It’s a coastal area that we are looking to develop, it’s about 450km distance from the bottom of The Red Sea Project to the top of NEOM.”

The Red Sea Collection was an official partner of the Monaco Yacht Show (MYS) last month, with the aim to further engage with the yachting community and establish itself as a future yachting hub. “The primary reason for our presence at MYS is we’re building a yachting strategy for the Red Sea, and all of our projects will feature marinas, yacht clubs, sports facilities and things that engage diving enthusiasts. We intend to have regattas and different types of events throughout the year, so this is really the beginning of what I would say is a very long journey to establish the destination,” says Naples.

The Red Sea has long been a destination for divers and those looking for more exotic cruising grounds. The climate of the region is also a huge draw for any yachts looking to eke out the summer. “We’re so close,” argues Naples. “The Mediterranean is a stone’s throw to the Red Sea, it’s right through the Suez Canal. So, we have this opportunity to extend the Mediterranean yachting season, through the autumn into winter.”

Promoted as one of the world’s most pristine environments, the Red Sea Collection has embarked on a partnership with the Prince Albert II Foundation. Before the Monaco Yacht Show, the Saudi Minister of Culture, His Highness Prince Badr bin Abdullah Al Saud and HSH Prince Albert II of Monaco signed a ‘Framework Agreement’ which outlined the shared interests and objectives of sustainable development. “We had a really wonderful MoU signing with the Prince Albert II Foundation. It’s a special foundation that really focuses on oceanographic research, sustainability and conservation,” remarks Naples.

The development of the Red Sea Collection is underpinned by a commitment to sustainability when it comes to the yachts that visit there and the construction of the project itself. Although yachting and environmentalism often aren’t seen to go hand-in-hand, Naples is confident that the project will be considerate to its surroundings.  “Our resorts are being developed on the world’s second largest coral reef in the Red Sea. It’s an incredibly sensitive, beautiful environment. Our commitment to the Kingdom is to develop in a sustainable way. That is also central to the message of the Prince Albert II Foundation, so that relationship has kicked off our conservation efforts at Monaco Yacht Show.”

Acknowledging the delicate nature of the environment where the developments will be built, Naples and the Red Sea Collection are aware of building and managing the project in the most sensitive way. “We’re one of the last few places on earth where people have not been allowed to go. The reason why it is so pristine is that it’s untouched, it’s untouched by man. It’s been so well preserved, and we have to really respect that.”

Outlining the initial commitments to sustainability from the outset, Naples highlights the myriad ways the project hopes to reduce any negative impact on the region. “On the construction side, sustainable construction is not just about where you get materials from and your carbon footprint, but also how sensitive you are to the nature that you are building within.” In light of this, the Red Sea Collection will not be carrying out land reclamation – something very common in the building of new resorts. He also explains that the preservation of the coral reef is being seriously considered at every step of the way, much to the relief of coral reef campaigners across the world. “We look to maintain the coral reef, and [will employ] any construction method that supports the growth and development of the reef, as opposed to diminishes them.”

Amaala will see the ‘first phase’ of the development open at the end of 2020, with the project aiming to be finished completely by 2028. The Red Sea Collection is already clear about the type of client they expect to be visiting in the future. “Our target customer is a very high net-worth customer… They are not just in the Mediterranean, the Caribbean or in Asia. They are a global, jet-set group of people. They want to go places that are either unusual or undiscovered, different or exotic,” says Naples.

“Our target customer is a very high net-worth customer… They are not just in the Mediterranean, the Caribbean or in Asia. They are a global, jet-set group of people. They want to go places that are either unusual or undiscovered, different or exotic.”

In addition to the luxury resorts, he explains that there will also be education centres and activities dedicated to the ocean that visitors will experience. “We’re building a marine life museum in the Red Sea, which will sponsor research efforts, with a focus towards sustainability and conserving the world’s oceans and seas.”

The Red Sea Collection hopes to offer the yachting industry an alternative destination, and with over 64,000sq km of islands, there will be more than enough to explore.

At The Superyacht Forum, held from 12 - 14 November in Amsterdam, a panel of global destination and marketing experts will debate the question: “What will make owners get out of the Med and explore new cruising grounds?” To find out more and see the rest of the programme, click here.