OK Google, tell me about superyachts 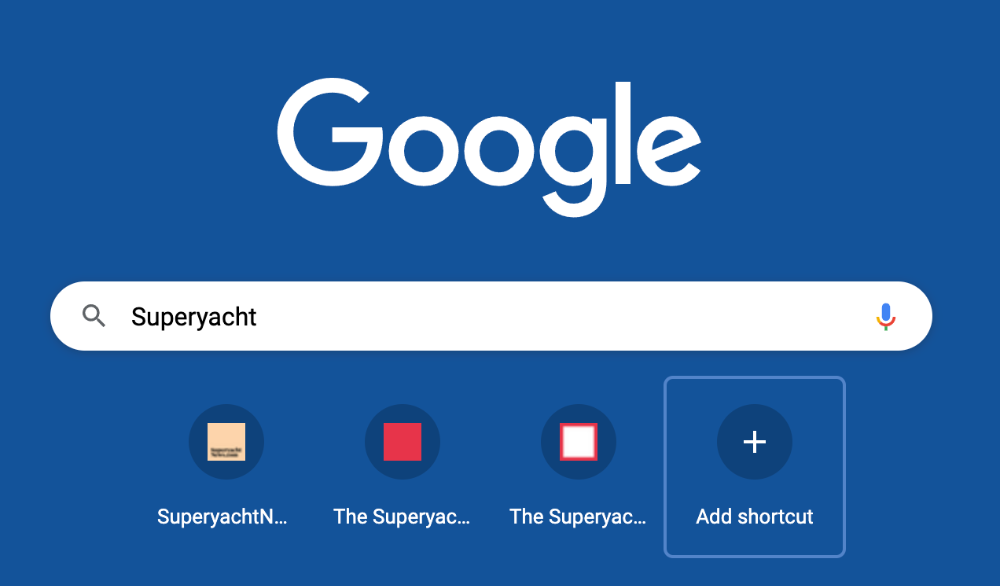 Despite the chaotic media landscape that has engulfed most people in the last couple of years, there is still time to have a quick look on Google at the latest marvels of naval architecture. Data from Google Trends has shown that popularity for the term ‘superyacht’ peaked in August 2006, however, the word has steadily gained more recognition since 2013. With that being said, December 2021 was the least successful month for people googling superyachts since 2004.

While Google Trends is by no means the ultimate metric of public perception of an industry, there is still plenty of food for thought that can be found in the world's biggest search engine. The numbers on the graph represent search interest relative to the highest point on the chart for the given region and time. A value of 100 is the peak popularity for the term. A value of 50 means that the term is half as popular. A score of 0 would mean that there was not enough data for the term.

The majority of the industry's most highly regarded chief marketing officers have discussed the need to put superyachts on the world stage for some time. At The Superyacht Forum Live event in Amsterdam earlier this year Farouk Nefzi, CMO of Feadship, explained how he planned to do just that through the use of live music. “We decided to host a live stream DJ set in the shipyard, the idea was to use something that everyone loves - music, and associate it with the industry. Everyone is enjoying the music as the main focus, and then, in the background, you notice the Feadship building and the superyachts.”

Kiran Haslam, the former CMO of Princess Yachts, also spoke about the need to bring superyachts into the ‘real world’ at great length in The Superyacht Owners Report as well as SuperyachtNews. During his seven year tenure, Haslam ensured that Princess Yachts were the first yacht brand to appear in a marketing campaign on connected TV. Princess was also featured in the first ad break of Sky Atlantic's Game of Thrones (Season 8). It was a Princess Yacht that was the first brand to appear in the trailer reel for cinemas across the UK for the debut of Quentin Tarantinos ‘Once upon a time in Hollywood’. All in a bid to try and make more people more curious about superyachts, and the brands that exist in the industry.

It would of course be ludacris to not mention the hit TV show Below Deck, and the impact it has had. The show is almost certainly the most popular and successful insight into the world of yachting across any media platform that has ever existed since it was first aired in July 2013. The Google Trends graph clearly shows a depreciation in overall popularity of the term superyacht up until that year, since then, it seems to level out and steadily grow. Moreover, the first episode of each season typically aired during the August and September months, while this was the usual peak for google searches, it would be fair to suggest that the show helped boost popularity during those time periods.

What's also interesting is the fact that ‘Superyacht A’ is the query with the biggest increase in search frequency. The breakout search term has had more related queries than ‘superyacht jobs’ and ‘superyachts for sale’. Furthermore, the city with the most searches for superyachts has been revealed to be Antibes, with Fort Lauderdale coming in second, and Palma, Nice, and Auckland also making the top five - A possible indication of the fastest growing superyacht hubs in the world. While the data should be taken with a pinch of salt, it wouldn’t hurt to question why this has been the industries worst year for google searches since 2017. Likewise, it is certainly interesting to know that Youtube searches for superyachts has grown steadily since April 2018 and that the searches are mostly coming from Scandinavia and Australasia.

Stakeholders have been criticised in the past for living in a bubble, but if it's any consolation, it appears the efforts of those working in the media and marketing sphere have managed to rectify a downward trend, and are steadily garnering curiosity for superyachts. Whether or not it's the best or worst parts of the industry that are being sought out, is a slightly more difficult thing to measure. However, it goes without saying that the related search terms to ‘superyachts’ should be relatable to the younger generation if the industry wishes to remain future-proof in the digital era.