Will the legacy continue? … 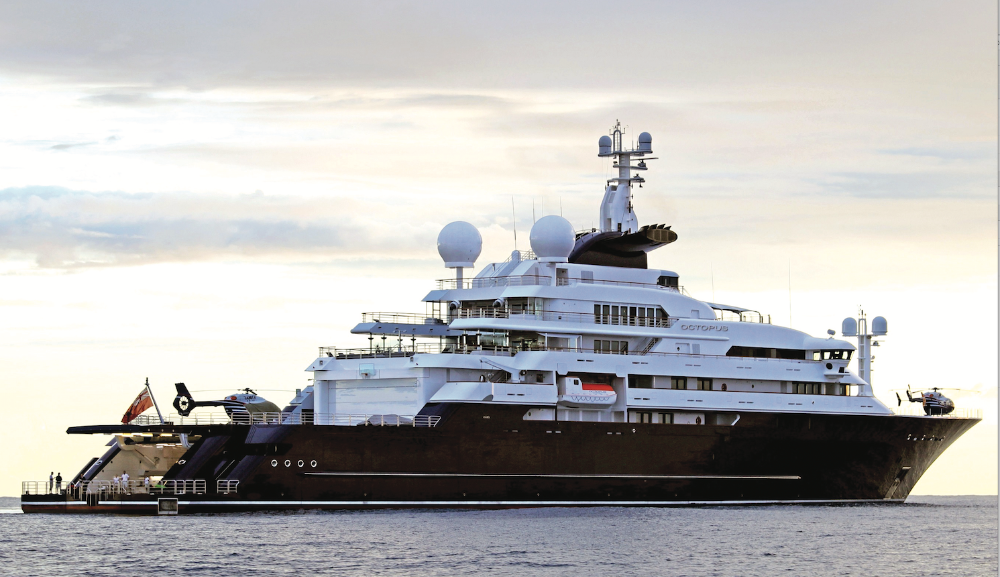 After a successful sale, completed by Burgess and Fraser, the legendary Lürssen Motor Yacht Octopus is currently listed for charter with Camper and Nicholsons. In a statement to the media, Camper and Nicholsons affirmed their desire to work with the new ownership team to deliver an industry-leading charter program as she enters a refit period and departs on a two-year round world trip in January 2022. Camper and Nicholsons also highlighted the owners desire to maintain the expedition spirit that she is renowned for.

Designed by Espen Øino, Octopus was launched at the Lürssen shipyard in 2003. At 126m and 9,932GT, it was the largest exploration yacht ever built. With a diesel-electric propulsion system that allowed for dynamic positioning, Octopus could also act as a stable platform for truly ground-breaking scientific research and the operation of submersibles. Octopus was a paradigm-shifting motor yacht, not only in scale but also in how it lifted the idea of what was possible from a private vessel and the standard of what could be contributed to human knowledge. Without Octopus carving a trail, it is fair to say we may not have seen a project like REV Ocean greenlit.

The pioneering work undertaken was due to the irrepressible curiosity, scientific mind and colossal financial backing of a visionary owner, the late Paul Allen. With a past itinerary that many of the most intrepid exploration vessels today can only dream of, the next team will have some incredible past tracks on the ECDIS to retrace. At last count, Octopus had undertaken three trips to Antarctica, three through the Northwest passage, along with St Petersburg, Norway, Iceland Greenland. Papua New Guinea, Indonesia, The Solomon Islands, Namibia, and Gabon...to name a few.

It was not just that it had the ice hull and the range to pioneer visiting these places, but the intent with which it was there. Paul Allen’s fascination with shipwrecks led the team to discover the Japanese battleship Musashi and recover the bell from HMS Hood from a depth of 3000m, a feat that truly redefined what a superyacht with a vision was capable of. Octopus’s strength as a platform for exploration and research was also demonstrated when acted as surface support for James Cameron's successful return to the Challenger Deep mark in the Mariana Trench, a feat that, incredibly had not been replicated since it was pioneered by Jacques Piccard and Don Walsh in the bathyscaphe Triest in January 1960.

After the purchase and retrofit of the purpose build commercial support vessel Petrel, in 2016, Octopus took up a more traditional superyacht profile, with Petrel conducting the majority of the research and exploration. After Allen died in 2018, both vessels passed to Allen’s estate.

With an iconic pedigree and history to match, the next steps will be intriguing to observe. Chartering an icon like this will present a challenge for the charter team at Camper and Nicholsons. Hitting a moving target, even one as big as Octopus, is not easy. Marrying the right guests to a specialised exploration yacht in niche locations is tough for any yacht. With no charter price listed but assumptions placing it in the seven-figure range per week, the list of potential charter guests, at least to classical thinking, is smaller still and adds to the challenge.

However, if successful, this may represent a further evolution in the approach to superyacht use, even at the very top end of the charter fleet. Hopefully, there is a willingness to engage with this specialised explorer to its full capabilities. So much of what Octopus achieved was inseparably tied to the will, curiosity and budget of Allen and his team, but the DNA of what they did is built into the ship. The marker is laid down, and as more details of the itinerary and operational profile are unveiled, we stand by to see what direction Octopus will take.

Superyacht 'Octopus' to the rescue for second time in 2012