The AB 100 is a remarkable vessel, and its big brother, the AB 120, is expected to be even more outrageous … 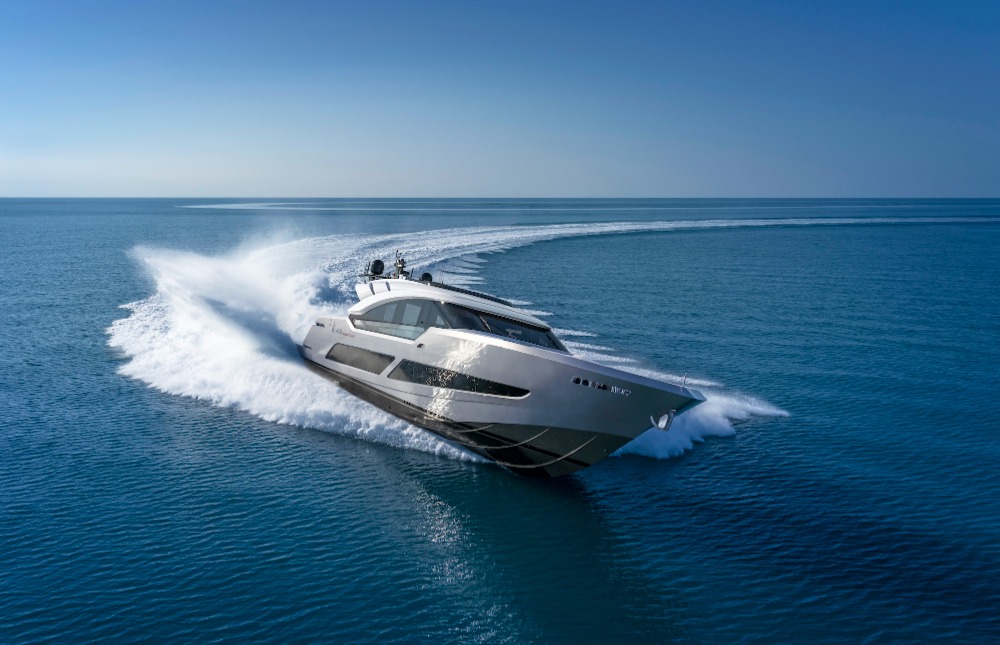 You should not be able to drink champagne while hurtling through the water at 50 knots. It just shouldn’t be possible. But somehow, the engineers and designers at AB Yachts have managed to create a luxury 100-foot superyacht that can reach speeds of nearly 70 mph. The company behind AB Yachts - Next Yacht Group, describe the brand as ‘pure adrenaline' and believes it to be a new undisputed benchmark for the market. And if the AB100 is anything to go by, they might just be right.

The key to the AB 100’s performance can be found in both its design and construction technique - it is built in GRP with carbon fibre reinforcements combined with systems deriving from the aerospace industry. The Superfast version is powered by 3 MTU engines of 2,600 horsepower each coupled with 2 steerable MJP waterjets and a central booster jet. Underway the yacht feels solid, safe and stable in the water, even when accelerating up to almost 60 knots. What’s more, is that the vessel is able to do this with very minimal noise, almost no vibration and outstanding manoeuvrability - the AB 100 is fitted with a single joystick to enable finger-touch control.

The waterjet setup, combined with a unique and highly engineered hull, provides a wide range of speeds with remarkable efficiency performance. At a cruising speed of 51 knots, the litre/NM fuel consumption is almost the same as it is at 25 knots - in fact, it utilises 1 litre less, even though the boat is running twice as fast. Stability and comfort both underway and at anchor are further enhanced by a seakeeper gyro stabilizer which provides an 85% reduction in roll, which optimises the cruising experience in most seas. The draft of 1.3m allows the yacht to cruise in the shallow waters of popular locations such as Florida and the Bahamas.

While the yacht is incredibly economical and efficient, that shouldn’t distract from the fact that it is almost unapologetically high performance. If this yacht could be compared to any other feat of engineering, it would have to be the Mclaren P1, a £1 million-plus hypercar that utilises hybrid technology for the sole purpose of filling in the gaps when the petrol engine isn’t working at its best, like gear changes or when the turbocharger is spooling up. This yacht might not have the flair and legacy that some of its nearby competitors may have, but there is without a doubt that there is nothing else on the market that can offer you such an equal degree of adrenaline and comfort. 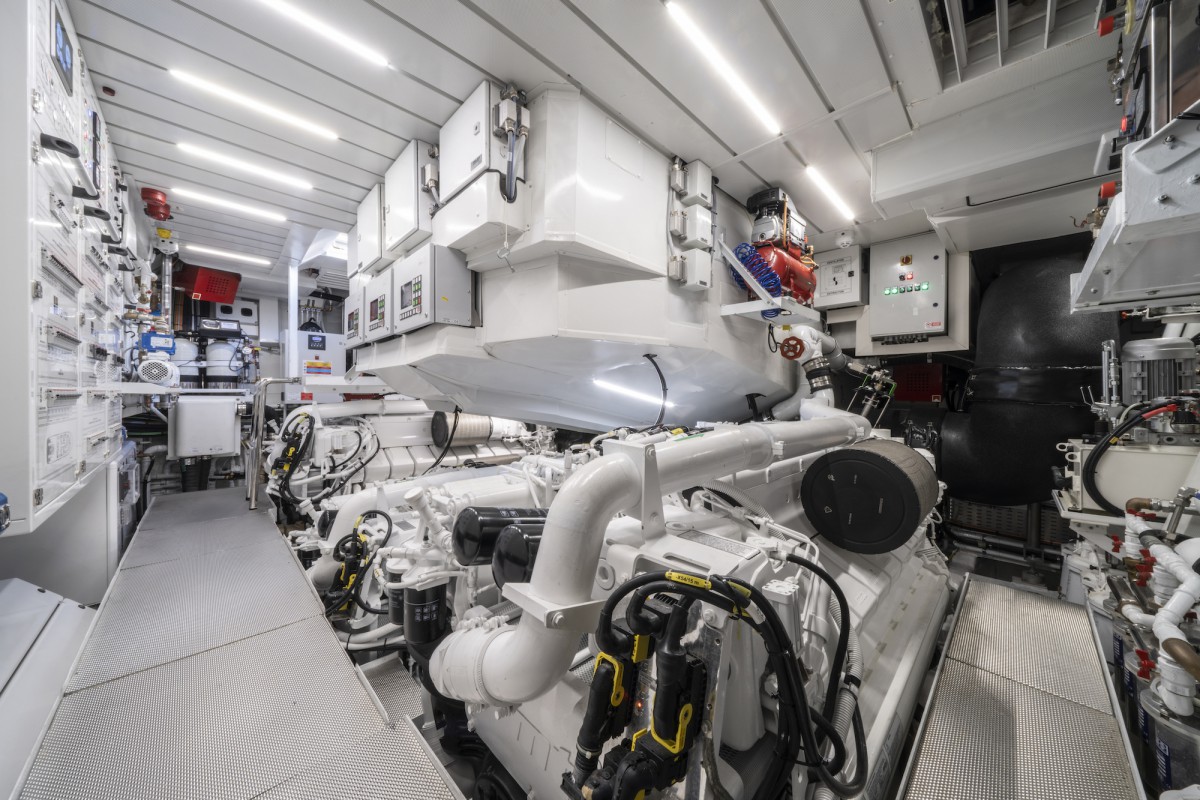 With an LOA of 30.5m and a maximum beam of 6.8m, distinctive in its sporty exteriors lines, the AB 100 comes in various layouts on what the clients wish is. The ability to have so much freedom in the customisation phase of purchasing the yacht is a massive bonus for the clients of the shipyard. However, the company recently admitted the sanctions against UHNW Russians have had a negative impact on the business, with Gennaro Candida De Matteo, the CEO of Next Yacht Group, suggesting that the impact of the Russian sanctions has had a bigger impact on the yacht building industry than what is currently being broadcasted, “I smile when I see such a small figure like three per cent, the Russian market is enormous, especially so in the 40 to 50-meter range.”

Genarro explained that even his own brand, AB Yachts, has been affected by the sanctions on Russia. “We are of course now waiting to see what will happen with the situation in Russia…The AB Yachts brand is very popular with Russian clients because it is incredibly fast and it looks fantastic.” 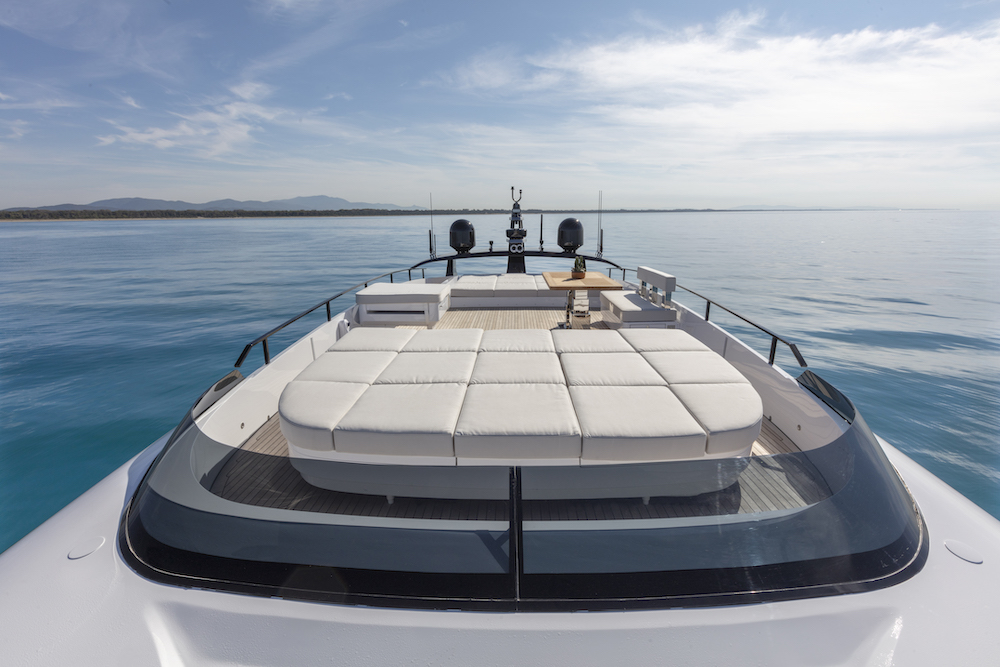 The first hull of the AB 120 Beach yacht series has been sold to an American client and is expected to be launched later this year. This new model will be 36m in length and will feature a multi-purpose stern area that can be extended to 50 square meters with foldable terraces. There will also be a double garage for a tender and toys as well as a cinema area on the flybridge.

What makes AB yachts so special is the fact that they are so obdurate and candid compared with some of their competitors. The yachts that they have built do of course have their limitations when it comes to things like range and space onboard, but they are also fully aware that their target audience has very little interest when it comes to the non-sexy specifications. The launch of the AB120 later this year is sure to cement their brand as a refreshingly innovative and exciting faction of the superyacht market. 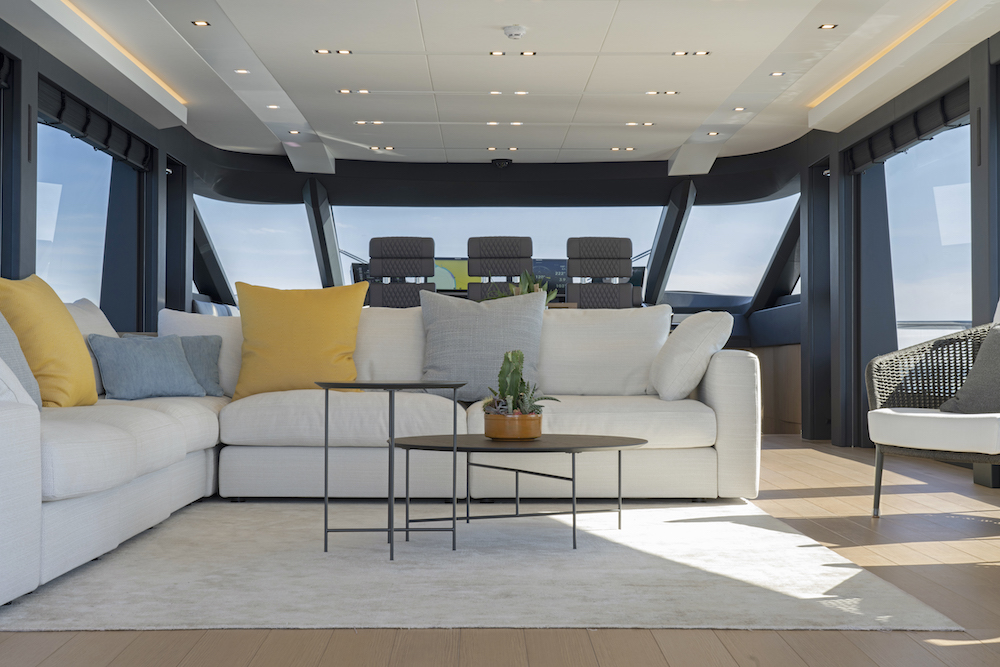