As crews continue to grow larger, how can the industry support those in leadership roles? 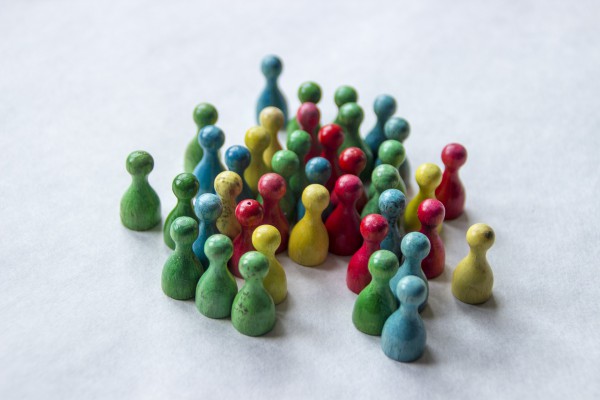 A company of over 40 or 50 people on land would most certainly have an established HR manager or even full department to manage the needs of its employees. However, on yachts, there is often no professional trained in HR practices to look after its crew. In a recent survey carried out by the International Seafarers’ Welfare and Assistant Network (ISWAN), 62 per cent of respondents said they had experienced problems with on-board leadership ‘sometimes’, ‘often’ or ‘always’; when split by gender, this equated to 77 per cent of women and 55 per cent of men.

From the crew that I have spoken to, they all agree that the captain is the person who sets the entire tone of the boat. Some of the comments from those interviewed in the survey include comments such as “If you have a good captain, it’s everything.”

Sara Ballinger, the managing partner of Crew Glue, is an expert in development who agrees that this is vital for various reasons. “Captains and senior crew are trained to drive the vessel, deal with the guests, deck, navigation, maintenance etc. They are not often given the skills and techniques to manage people as part of their training, they get HELM but that’s not enough, it doesn’t even scratch the surface.”

The stresses of managing a large crew without the correct skills can be frustrating for those in senior positions, especially if they don’t feel that they have support. As Ballinger points out: “It’s unfair of someone to manage a crew of up to 120 people, without giving them the tools to do the job.”

Interestingly, a captain who commented on the survey highlighted the difference between the superyacht industry the commercial or military world. “I am ex-military and have been extensively trained in all manner of leadership and command disciplines and protocols. From what I have seen in 10 years in yachting this is very much missing from senior crew.”

Ballinger, who has spent years training staff in other industries, observes that there is resistance found to leadership training in the yachting world. “It’s the norm in luxury and hospitality companies. You have leadership training for improvement and keeping your tools sharp, but it’s a nuance of the superyacht industry that they just don’t get it.”

"You have leadership training for improvement and keeping your tools sharp, but it’s a nuance of the superyacht industry that they just don’t get it.”

The responsibility of crew training differs between each boat and Ballinger questions whether owners need to be more motivated in their crew’s career, drawing on their experiences of running their own businesses. “What’s even more interesting to me is that a lot of these boats are owned by entrepreneurs and businesspeople who should know that this is part of the process, and in their businesses, I bet they are all doing it, but on their boats, they are not.”

Of course, you cannot dismiss years of experience of managing crew. But just as good leadership skills can be acquired over the years, bad ones can too. Ballinger argues that poor management filters throughout the entire boat. “If you’re not managing, what sort of a role model are you for your senior crew? And that just disseminates through the ranks. You see the difference on boats where captains come from a commercial background, as they have had more leadership training, and because of that, it’s a really different boat.” As many senior crew lament the prevalence of crew turnover in the market, it would seem self-evident to make a concerted effort to ensure that crew are happy with their management team.

Ballinger has found that there can be resistance from the crew, who believe that asking for coaching may be interpreted as a sign of weakness. “There’s a terrible fear that if they admit that they need some form of training, it will be considered a failing on their part, or that they won’t be good enough for the job. It’s a huge blocker for the captains, so many of them that I’ve spoken to confidentially have said that if they go to the management company and ask for training, they will wonder what the hell the captain has been doing for the last ten years!”

Encouraging crew to develop skills within their role is a key part of moving up the ladder on board. Developing leadership and management expertise is something that should be implemented among the junior crew, and something that is continued throughout anyone’s yachting career. “Captains are expected to know by osmosis what to do in that situation without ever really being given the guidance, the background and the context to deliver it. The more people who have access to management and leadership training, education, information, the better the chance they have. Often, it’s really simple stuff, but if you’ve never learnt it then you never know,” concludes Ballinger.

Does yachting need to think before it speaks?