With the removal of the High Risk Zone designation, Simon Rowland, CEO of Veritas outlines the changing landscape of maritime security … 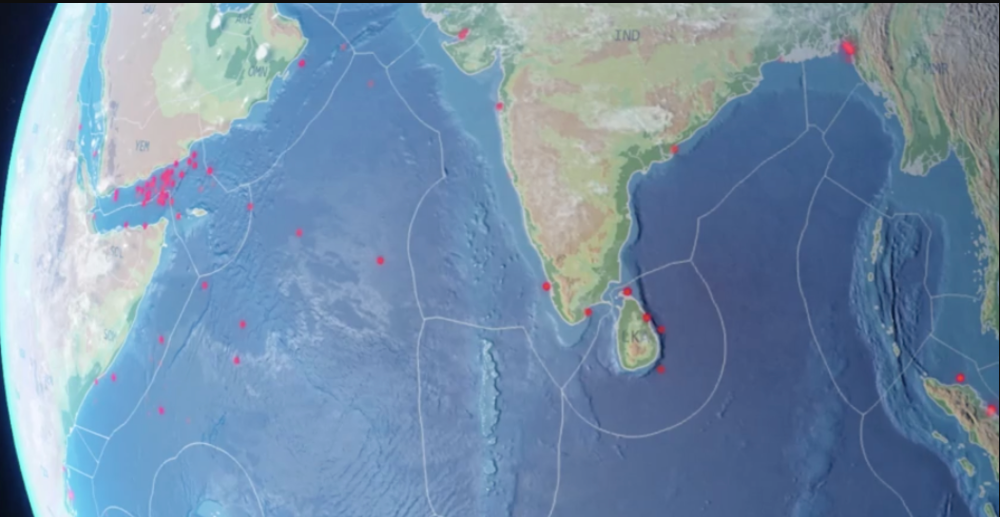 A significant feature of Suez Canal transits and Red Sea and Indian Ocean Cruising is the use of armed private security. Mandated by insurance premiums, this service formed as a reaction to the Somali Piracy threat that emerged in the mid-2000s. The so-called Somali Piracy Crisis reached its peak in 2011 when 237 attacks were recorded. According to the Lowy Institute, by 2012 there were also more than 140 private maritime security firms employing around 2,700 armed contractors

This aspect of maritime security may now be coming to an end, or at the least, maybe shifting drastically. At 00:01 UTC on 1 January 2023, the Indian Ocean High-Risk Area (HRA) as shown on UKHO Chart Q6099, will be removed. The HRA, originally set up in response to the heightened risk posed by piracy in the region, has stood for well over a decade. Vessels entering the area were required to adhere to Best Management Practice 5 (BMP5), with many of whom carrying armed security throughout their transit.

The removal of this designation is a reaction to the significantly reduced frequency of piracy-related incidents in the region. The Voluntary Reporting Area (VRA) administered by UKMTO (the United Kingdom Maritime Trade Operations) has not changed. Vessels entering the VRA are encouraged to report to the UKMTO and register with the Maritime Security Centre for the Horn of Africa (MSCHOA) in accordance with industry BMP (Best Management Practices).

The downturn in reported piracy in the Red Sea follows a worldwide trend, as seen in the below data from Statista. 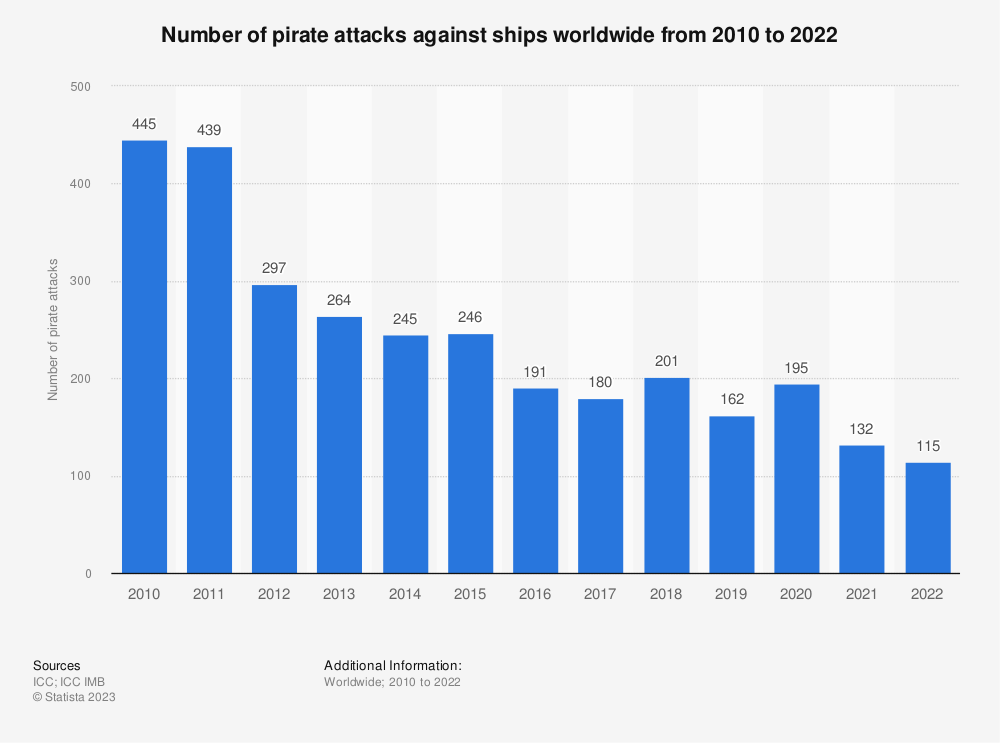 SuperyachtNews speaks with Veritas Co-Founder and CEO, Simon Rowland, to ask how attitudes to security in the region may have shifted. “Certain vessels will still take a cautious approach through the Red Sea region. Some yachts want that extra level of protection, that is now not mandated." Starts Rowland. " But what we do know is that there a significant pressure on the global economy and a downturn is very likely. Whether or not this causes a resurgence of piracy, we just have to wait and see.”

As the security market shifts away from the regimented and regular use of security in The Red Sea,  many of the dozens of operators that were solely focused on this region will drop away. Many were a reaction to the economic incentive that the insurance premiums provided, and do not have a diverse enough business model to pivot to other security services.

The statistics suggest almost no attacks or approaches in recent years, but as Rowland points out, there may be other factors at play behind the reporting.  “Across many of the companies," Rowland continues, "there are varying levels of competence and professionalism. Some of those companies that were a little less regulated or formed by people with less experience would cut corners where they could. There would be cases of underreporting were convenient, but I also have no doubt that there was overreporting.”

What is well known in the world of private security, is that economic downturns and hardship in lower socioeconomic regions can lead to increases in piracy. If piracy, as it was manifested off the Somali coast, can be seen as a reaction to societal pressures, then it’s likely that we’ll see it re-emerge globally. West Africa remains volatile for shipping, the Java Sea and the Amazon also. Millions are likely to be displaced in the coming decades due to climate change and the decimation of the world’s fishing grounds. As the threat is perceived to wane in the Red Sea, it is unlikely to signify a global trend towards safer cruising.

Rowland mentions that Veritas has a diverse range of services related to maritime security and superyachts, and while the onboard aspect associated with the Red Sea transit may have dropped away, there is still a significant appetite for onboard security. “Our consultancy is very busy right now, and they have been for a number of years, with a number of new builds also," concludes Rowland. "Security is absolutely on the agenda. Our experts a providing reports and security plans for specific regions, as well as support for vessels while they are there."

The removal of this definition will undoubtedly serve as a boost to the significant superyacht infrastructure developments currently planned for the Red Sea and Gulf regions. Safe, economical and logistically sound cruising is vital to increasing visitation of a new generation of yachts. The mark of the chart may have gone, but in a region with vast wealth inequality and diverse political structures, the preconditions for piracy still exist.

The birth of the real-life YETI