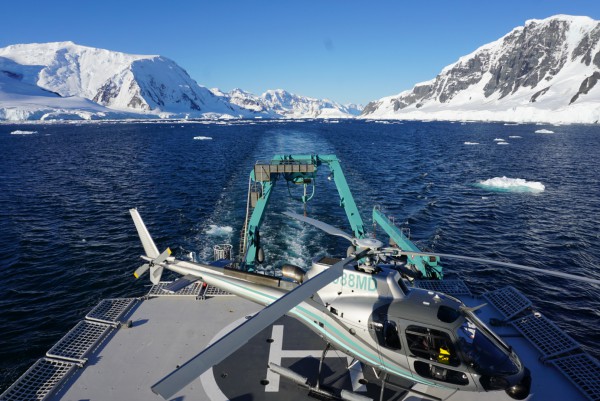 The 31st session of the IMO Assembly took place in London from 27 November to 4 December 2019. It was reportedly the largest-ever gathering at the IMO Headquarters, attended by 1,700 participants from 167 Member States, as well as observers from intergovernmental and non-governmental organisations, one of which was SYBAss.

The Assembly discussed the potential of new safety measures for ships not certified under the SOLAS Convention, which are operating in polar waters. Speaking exclusively to SuperyachtNews, Lorenzo Pollicardo, Technical and Environmental Director, SYBAss, who was present at the Assembly, explained the origins of the new safety “guidelines”.

“The IMO already set and enforced the Polar Code for commercial ships, and in light of this, concern was raised by commercial yachts,” he explained. “A discussion began a couple of years ago about setting a requirement similar to the Polar Code for fishing vessels over 24m and private yachts over 300GT.

“At the sixth edition of the SDC [Sub-Committee on Ship Design and Construction], I attended on behalf of SYBASS and it was agreed to create a correspondence group dealing with a proposal for the new guidelines,” Pollicardo continued. The group is currently chaired by the member who identified the problem, and the group have been progressing with the draft proposal since March 2019.

“Normally, ‘explorer vessels’ have some classification relevant to polar navigation. This proposal could be helpful for class societies to create a polar class more reliable and more applicable for private yachts" - Lorenzo Pollicardo, Technical and Environmental Director, SYBAss

“The proposal is becoming more and more relevant to equipment and safety devices on board - different from the Polar Code. The proposal will be discussed during SDC 7 at the beginning of February,” said Pollicardo, although it is currently unclear whether the proposal will be approved.

As understood by the superyacht industry, and the working group creating the proposal, the IMO has no power over ships outside the scope of the IMO. “In this case, we are talking about a guideline document for member states,” outlined Pollicardo, but it could make sense to assume, as this is something relevant to all yachts or ships sailing in polar waters, that the polar countries may make this a requirement, not just a guide.

“Normally, ‘explorer vessels’ have some classification relevant to polar navigation. This proposal could be helpful for class societies to create a polar class more reliable and more applicable for private yachts, as the current Polar Code is very detailed and very few yachts have the full polar notation,” Pollicardo continued.

The guidelines will seek to urge Member States to voluntarily implement safety measures prescribed in the Polar Code on ships not certified under the SOLAS Convention (fishing vessels over 24m and private yachts over 300 GT), as explained by Pollicardo.

SOLAS currently applies to all ships in polar waters apart from private vessels. SuperyachtNews will keep its readers updated with the progress of the drafted proposal.