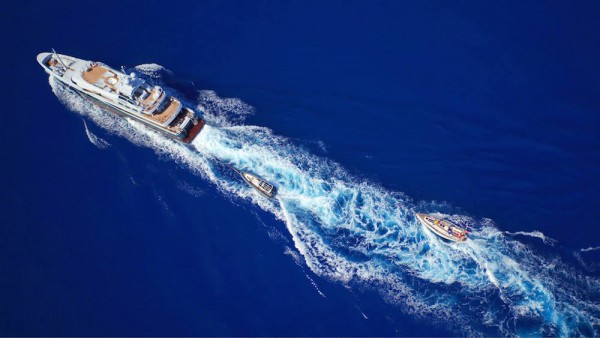 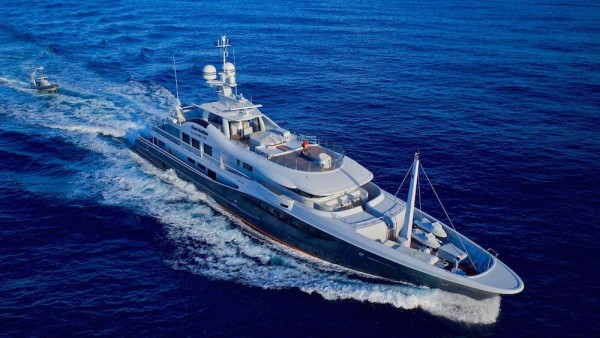 At the beginning of the month, Facebook’s yacht groups were taken over by postings pertaining to a sailing yacht that had requested a tow. As it turned out, 44ft cruiser sailing yacht Minerva, while taking part in the annual Atlantic Rally for Cruisers (ARC), from the Canary Islands to St. Lucia, had suffered a forestay failure.

So what actually happened to Minerva? “As a result of the [forestay] failure, their mast snapped and and came crashing down. The crew of Minerva had no choice but to cut the rig free to prevent it from puncturing a hole in their hull. They salvaged what they could from the rigging and jury rigged a square sail using the pieces they had left over,” explains Fraser Gow, captain of Gene Machine.

“Unfortunately,” he continues, “light and variable winds meant they achieved very little headway.” At this point, other yachts participating in the ARC stepped in to offer as much diesel as they could spare, to keep Minerva heading to the Caribbean, however it soon became clear that she would not make the voyage and, at the back of the ARC pack, there would be no one behind them to offer more fuel. But this wasn’t the biggest worry, Captain Gow explains: “To make matters worse, at this point the Minerva crew realised that their stock of bottled drinking water was beginning to dwindle.”

It was then that Captain Gow reached out to Minerva’s captain and stated that, despite being over four days away, they would be willing to offer assistance. “For the next few days we kept in contact and arranged a rendezvous,” he explains.

On the morning of Wednesday 7 December, 1,2000 nautical miles from Antigua, Gene Machine caught up with Minerva. “Using our tender, we disembarked three of their five crew, rigged a towing bridle down their deck and connected the tow. Once satisfied that the 44ft Bavaria was towing nicely, we transferred the remained of their crew onto Gene Machine and continued our transit to Antigua.”

The crew of Minerva and Gene Machine are still in transit, due to arrive at Antigua some time today, where Gene Machine will prepare for an owner’s visit and Minerva will be dry docked for repairs.

This isn't the first time Gene Machine has come to the aid of a vessel in trouble. In February, the superyacht rescued migrants off Miami (read more here).

To add to the list of good deeds undertaken by the crew of Gene Machine, the crew has been cycling a stationary bike for miles across the Atlantic Ocean to raise money for charity, in its Atlantic Cycling Challenge. You can donate on the crew's Just Giving page here, or follow their journey on Facebook.

Crew on a mission

The Pinmar 2016: charity and networking at its best

Call for fundraising for Palma yachtie