On Friday 26 February, 55m superyacht 'Gene Machine' encountered a raft of six Cuban migrants in distress. The yacht and its crew waited with and assisted the migrants until the US Coast Guard arrived.… 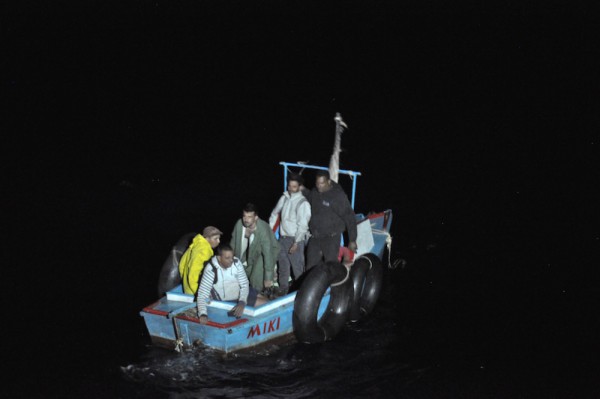 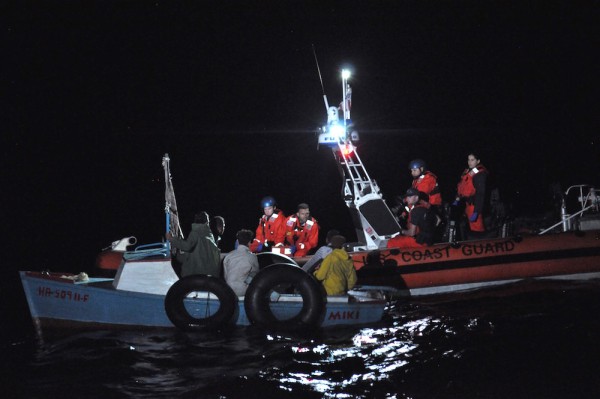 On Friday 26 February, 2016, 55m superyacht Gene Machine (ex-Engelberg) was on route from Dania Cut shipyard to St. Thomas when it encountered a raft of six Cuban migrants off the coast of Miami. No one in the raft, which was described by the crew as no bigger than 5m, was wearing a life jacket, and were spotted by the superyacht’s first officer who reported signs of a strange light off the superyacht’s port bow.

“Their form of attracting attention was fairly crude,” Captain Fraser Gow tells The Crew Report. “It appeared to be a tight bunch of twigs soaked in some something to help it burn – nowhere near as distinct and obvious as a red flare.”

After the captain altered the yacht’s course (at this point approximately 30nm off Miami) and zoned in the yacht’s FLIR camera to investigate, the deckhand called out to the six Cubans – all men – to discern if they needed help. “At this point they began shouting and asking for help,” explains Captain Gow. “They informed us they had broken down and had been adrift for six days. They had seen multiple vessels pass but non had stopped to render assistance.”

Captain Gow notified the US Coast Guard’s Miami sector, which dispatched two vessels and asked how long the superyacht could remain on station; not wanting to leave the distressed, the yacht and its crew remained with the migrants until the US Coast Guard arrived. During the one hour and 20 minutes until the US Coast Guard arrived, the crew threw them bottles of water, but made it clear that they would not let them board the vessel. “This wasn’t really what they wanted to hear, as they knew that once the Coast Guard arrived they would be picked up and shipped back to Cuba. They were a mere 24nm from the coast and all they wanted was a tow,” admits Captain Gow, who refers to the United States’ ‘Wet foot, dry foot’ policy, which, in brief, allows Cubans to remain on US soil once they’ve set foot on land, but if discovered on the water will be sent back to Cuba or another country.

“We continued to orbit around the small craft with our spotlights on them and our stabilisers working overtime to keep us from rolling in the swell. They continued to beg for a tow and pleaded for us not to leave them. I had no intention of taking off, but I did open the distance between us as we were still towing our 38ft tender and I was worried I might tangle us all up in a mess,” explains the captain.

When the US Coast Guard arrived, the crew of Gene Machine was told their assistance was no longer needed and they could continue their passage. “As we got underway, several of the men, clearly defeated and disheartened, raised a hand in an effort to show their gratitude,” recalls Captain Gow.

Read Captain’s Gow full account of the migrant rescue, in his own words, here.