Klaudio Marcelic - more than a captain 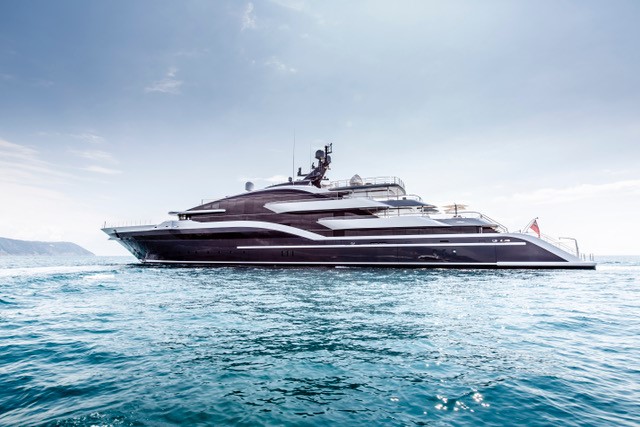 Captain Klaudio Marcelic is the heart and soul behind Oceanco’s motoryacht DAR. The 90-meter Oceanco-built DAR won the World Superyacht Awards in London in May 2019 as Yacht of the Year as well as five other prestigious awards. After three decades of professional yachting excellence, Captain Marcelic is shining under the spotlight of international acclaim for his contribution to the creation of DAR. 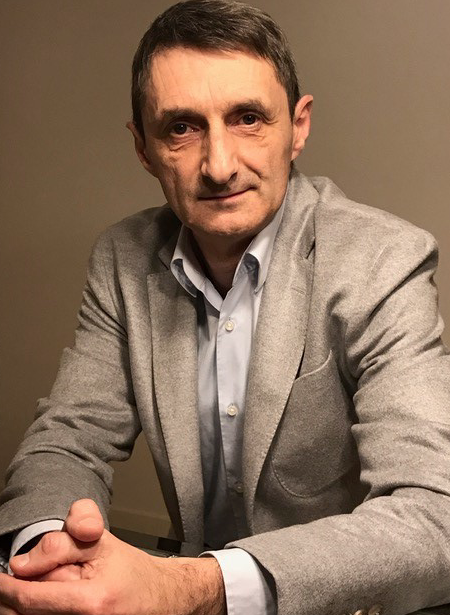 Many yachts big or small have Croatian captains at helm. Klaudio Marcelic is one of them. A 51- year- old Zadar native with 30 years of experience in the yachting industry, he is the man behind the curtain – entrusted by the Owner to manage and oversee the creation of DAR. As the captain of the most awarded yacht of the year, DAR is no doubt the crowning achievement of his career to date. Klaudio who stands at the helm of a 37 strong crew, Marcelic says, “the keys to success are a professional mindset and unwavering focus. This year marks 30 years in the yachting business for me.”

“After graduating from maritime college, I began my career as a deckhand, but didn’t wait too long before embarking on a journey to excellence. My first captaincy came through in the 1990’s and that experience meant the world to me, but my first really big job was a 7- year contract with a New-York based Owner for whom I went on to manage the build of 3 yachts. Those first steps in management testified to the confidence the Owner had in me. I spent a lot of time in the United States back and forth to the Caribbean, Fort Lauderdale, Palm Beach and New York. Back then, there was no place for yachting like the Caribbean; that was the place to meet the established and coming movers and shakers of the industry. In 2007 I was offered a temporary contract by Ancona- based ISA shipyard: they needed a captain to oversee technical tests and delivery of jet-propulsion yacht from their 37m series. We delivered 4 units that summer and they were so pleased with me they offered me to be the onsite project manager for their 48m yacht, as well as her future captain for an experienced and prominent Owner from our area. That yacht, Alexandar V, was also delivered on schedule and debuted in the Monaco Yacht Show 2008. It was extremely well received by the industry. And then, around the end of 2009, I got the magic phone call that changed the course of my career— I was asked to purchase a yacht for a client. So I did – and I stayed with that yacht.

Oceanco’s 90m DAR is a part of an exclusive fleet. Do your duties exceed those of a captain?

The task of purchasing that yacht for the client was a testament to their confidence in my abilities as demonstrated by my portfolio. The client was looking for a consummate professional to meet his needs and desires. That job requires more than an average energy and effort, which is normal for ultra-high net worth individuals. The fleet you mention has 4 units, and at the time of my arrival was a bit underachieving. The instructions I received were very clear and my team and I followed them to set up a Family Office management scheme, coordinating my yachting knowledge, the Owner’s corporate know-how and the legal aspect of fleet management.

What was your role in the development of DAR?

Back in 2010, the now Owner of DAR was looking to buy another large yacht, rather well known, but the Owners of that yacht were not ready to sell it. The client tasked me simply with having a yacht just like that made for them. My first step was to contact and visit several yacht builders capable of the Owner’s requirements, all of them were based in Northern Europe, but all of those talks amounted to nothing. Then, in January 2014, Oceanco’s project PA 297 caught my eye. I contacted them and asked for more information. We then developed hull and superstructure designs together, presented the renderings to the client, and he loved it. Several phone calls later; the letter of intent was signed. Technical specifications and signing of the contract took 4 months. I went to the Netherlands in the vest of Owner’s representative.

You are also active in the Adriatic Yachting Association

I met Nizar Tagi, founding member of the Adrriatic Yachting Association, at the last Superyacht Global Forum in Amsterdam, a gentleman and businessman like no other, he introduced me to his vision of the AYA. I stated my interest immediately with no hesitation. I definitely wanted to be part of the project that has clearly set goals to properly promote and preserve Croatian Adriatic, one of the world’s most beautiful and so far unspoiled yachting destinations. I am honoured to be a member of the Association and I will pour my personal and professional experience into that project.

Do you have a non-yachting passion?

I am passionate about music and have begun efforts to set up a professional recording studio along with my small company Novi Link, which has been operating in a diverse communication field (yachting, commercial shipping, defence) for the past 10 years.

What can you tell us about DAR?

We knew we had something special on our hands the moment we received the final profile sketches. Her lines and the monochromatic scheme announced the class of the yacht immediately. Our main goal was to create a yacht whose true size / dimensions wouldn’t be easy to guess – we wanted to avoid the usual mammoth look plaguing so many superyachts. Until you see a person standing on the deck you can’t really guess how big DAR is. The clean and elegant lines that define her are the result of spontaneous inspiration: Luiz DeBasto of DeBasto Designs and Valentina Zannier from Nuvolari Lenard, created something very close to a work of art. The entire design and building process was uniquely harmonious. The industry rewarded us generously: DAR won as many as six best of awards (in Cannes, Monaco, Cortina and London respectfully). What a privilege it is to climb on such magnificent stages and receive an award for your achievements. I hope I get to repeat that.

Your plans involve Croatia. How do you perceive Adriatic as a yachting destination?

I sincerely hope those plans won’t change and we get to sail the Adriatic this summer as I consider my home country one of the last pearls of the Mediterranean. Unique and preserved nature and absence of the otherwise ubiquitous glitz and glamour of other popular places, make the Adriatic a terrific destination for yachts big and small alike. Yachting infrastructure in Croatia is developing at an ideal pace. Still, I think, high-end travellers looking for five-star hotels and everything they offer don’t find enough on that level. I believe the development policy for the coast needs to be carefully analysed and designed to avoid the pitfalls of too-fast commercialisation that has led to parts of the Mediterranean looking like cookie-cutter copies of each other.