SuperyachtNews.com - Operations - Is the anchor dragging? 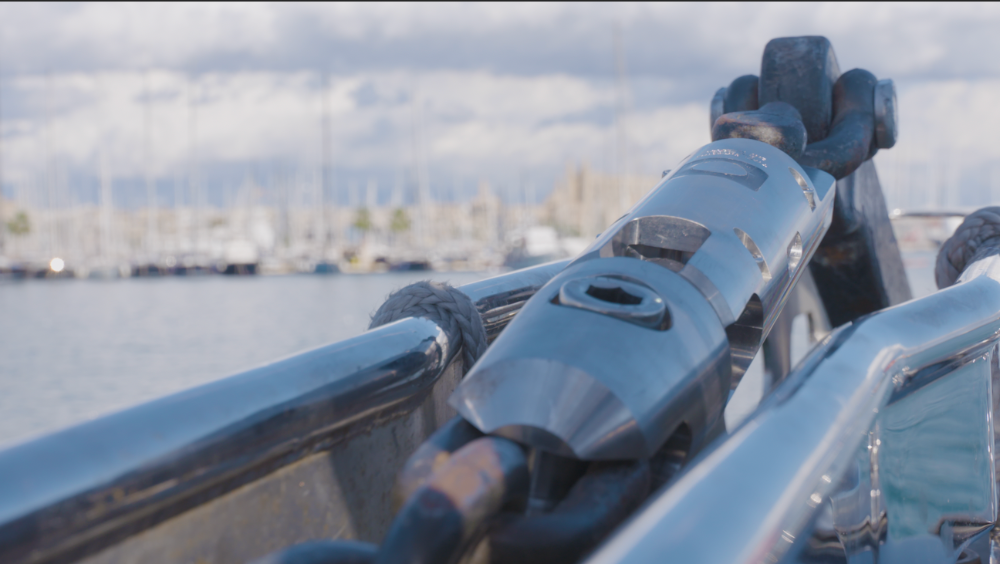 There are few things at sea as nerve-wracking as having anchor drag. Or, more often, sitting on the bridge being unsure if the anchor is dragging as you watch the vessel track on the radar, all the while wondering whether to wake up the captain. The simple fact is that we very rarely know what is happening on the seafloor. I thought I did, and the textbooks explain it in an idealised way. It is not until you dive down the chain that you see the frequently messy reality.

The safety of the yacht, and those onboard, is tied to how secure the hold of the anchor is. This is magnified in crowded anchorages. A couple of dozen boats with various lengths of chain out, swinging tides and variable winds create a dance of yachts swinging on chains, as well as a lot of nervous moments and frantic VHF calls. Dragging anchors also present a serious threat to the environment. Seafloor ecosystems may not get the attention that is given to the African Savanah by conservationists, but they are critically important. Ruptured pipelines and severed cables are likewise frequently attributed to anchoring incidents, with catastrophic consequences.

There have been solutions hypothesised but the physical impacts of anything subjected to the violence of a chain wheel on a windlass, or the repeated trips to the bottom, are just some of the factors that have left this niche in the market underserved. As we approach the May 2022 publication of The Superyacht Operations Report, a new piece of onboard tech that offers a solution caught my eye: AnchorGuardian, created by Swiss Ocean Tech. Speaking to Thomas Frizlen, managing director of Swiss Ocean Tech, from his home in Switzerland, gave a fascinating insight into the development of a technology that could play a fundamental role in a safer and more sustainable future for the industry. 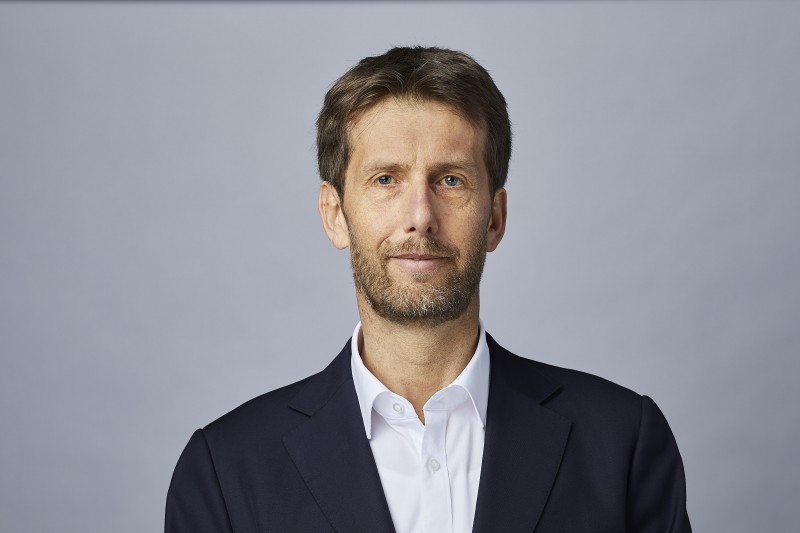 “Anchoring has been on my mind for as long as I can remember" starts Frizlen, "on the one hand, it is this unknown entity when sailing and brings an element of uncertainty.  On the other hand, it is an art and demands great skill.  Even when you anchor well, you are never 100% sure that the anchor will hold.  There is simply no solution existing today which will alert a sailor when their anchor is about to move.”

The image below shows AnchorGuardian as an inconspicuous addition to an anchor + chain, with Frizlen explaining in more detail: “At the anchor, the system consists of the anchor module, that can very easily be fitted between the anchor and the chain. The pilot system we installed on Blue Papillon took approximately 30 minutes, including the surveyor from Lloyd's. We then use a combination of off the shelf sensors, as well as sensors that we have developed ourselves, that communicate ultrasonically with the yacht via a module onboard. The data is then transmitted to a stand-alone display or can be integrated into existing GPS or ECDIS displays. The system charges automatically via a wireless charging system while the anchor is fully stowed.” 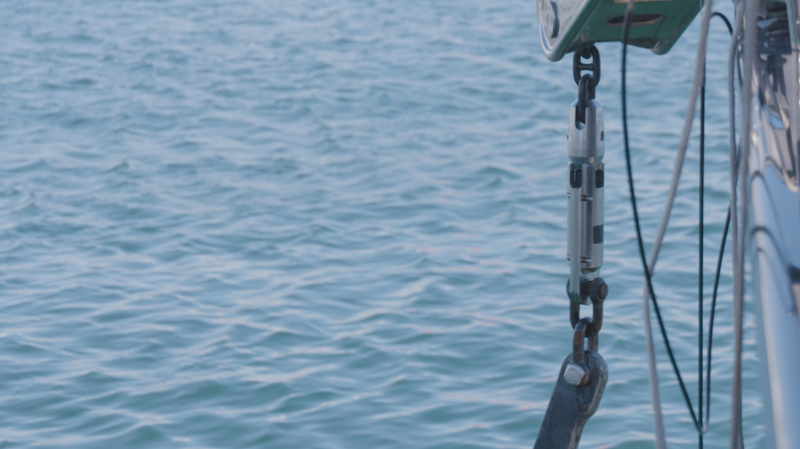 AnchorGuardian module + swivel, fitted between the D-shackle and anchor chain on Blue Papillon

That readout gives the bridge team real-time data on the precise location, seafloor composition, centimetre accurate movement, prediction of the anchor hold and the directional forces at play on the anchor. “The point to stress is that the crew do not need to do anything different” continues Frizlen. “They don’t need to push any buttons or change their anchoring practice at all. Simply anchor as always and the information flows automatically. The traditional way of understanding the anchor is to infer it from the movement of the ship. We provide a way of understanding the real forces and movements that are at play on the seafloor, as well as the composition of the sediments that hold the anchor and the vessel.”

The only limiting factor, Frizlen explains, with respect to a superyacht, is having sufficient space between the anchor shank and the start of the chain wheel while fully stored. The system is slightly longer than a traditional chain and swivel, and Frizlen points out that he has only encountered this scenario on one occasion.

While many superyacht crew may be first drawn to the direct safety benefits to the yacht and the peace of mind of knowing that the vessel has a secure hold, Frizlen outlines a broader impact: “A major benefit for the environment is that we can reduce the impact on the seafloor ecosystem itself. Posidonia is a great example; some calculations suggest that it stores as much CO2 as the world's rainforests, but it only grows about a millimetre per year. Anchors dragging through ecosystems like this is a major issue”.

“The data we can collect from our network of AnchorGuardians allows us to actively support the UN sustainability goals as well as the seafloor mapping project" continues Frizlen. "70 per cent of damage to seafloor pipelines is believed to be caused by dragging anchors, such as what happened at Huntington Beach. It’s a huge problem, not just for the vessel. There have been multiple cases in recent years where a dragging anchor served internet fibre optic cables.”

Frizlen highlights that they have multiple patents for the system, as well as provisional Lloyd's and DNV certifications, and confidence that the series product classification will follow. As he reminds me, while an important part of their business moving forward, Superyachts represent a smaller part of the market. “The yachting space is just one of the areas of development. The next step for us is merchant vessels. We already have a partnership with one of the world's largest shipping lines, who have already ordered a paid pilot program, with a letter of intent to equip the majority of their fleet.”