SuperyachtNews.com - Operations - An update on sailing in the Med under temporary admission

An update on sailing in the Med under temporary admission 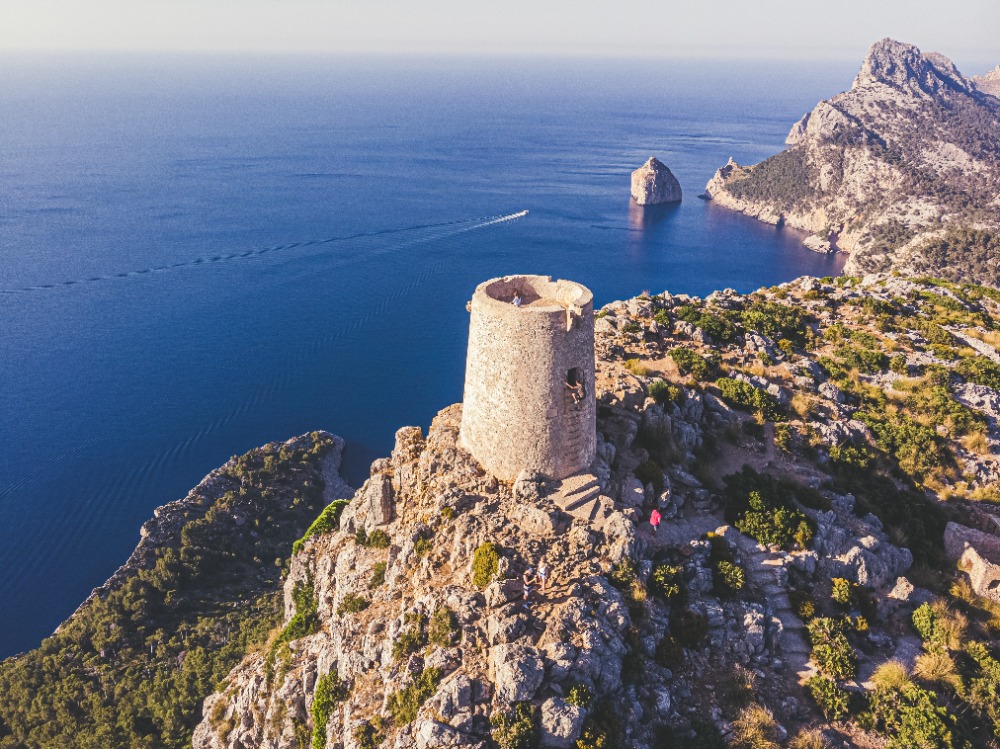 Temporary Admission (TA) is a customs regime that allows yachts meeting certain conditions to sail in Spain and elsewhere within the Union Customs Territory (UCT), for a maximum period of 18 consecutive months[1], enjoying total relief from import duties and a VAT exemption on imports[2].

According to the Union’s Customs regulations, a yacht is eligible for TA provided that the three following conditions are met:

·     The yacht is registered outside the UCT.

·     The yacht is registered in the name of an owner established outside the UCT.

·     The yacht is used by a person established outside the UCT.

These conditions have remained unchanged with the “new” Union Customs Code (UCC) that came into force on January 1, 2016, and its implementing regulations. Nevertheless, some aspects of TA changed compared with the previous Community Customs Code (CCC), amongst others:

With the CCC, a yacht was considered to have been declared for TA by the sole act of crossing the 12 nautical miles limit of the UCT. This was based on the reference of TA to “the agreements in force in respect of tourist traffic”, which does not require customs formalities. Such reference was removed in the UCC and caused a little chaos, with some countries requiring the lodging of customs formalities (Annex 71-01, also called ‘oral declaration’) and others not.

In May 2016 I had the opportunity to discuss this with the Directorate-General for Taxation and Customs Union (DG TAXUD) in Brussels. It was not the intention of the European Commission to change the procedure and fortunately the current interpretation of most of the countries today -among others Spain-is, once again, that the mere act of crossing the 12 miles limit is once again accepted, and therefore is considered a customs declaration for the purpose of a yacht being admitted under TA.

b)    Commercial use of yachts under TA

Regulations[3] implementing the previous CCC before May 1, 2016 only allowed commercial use of yachts for transport commencing or terminating outside the UCT. Said restriction disappeared in the new UCC, therefore implicitly allowing commercial use within the UCT. To this purpose I met the Spanish Customs Directorate General in representation of ANEN[4] and on October 10, 2018, a note was issued stating that yachts under TA could be used for commercial operations (charter) within the UCT.

The joy was short-lived however, since a binding ruling issued by the Spanish General Directorate of Taxes (DGT) determined that, based on Spanish internal regulations, charter under TA was not acceptable. But this could change shortly in certain specific circumstances that you would let you know in due course.

Under the previous regulations it was possible to seal the yacht while not being used within the UCT, thereby avoiding the need to leave UCT waters before the maximum 18 months period was up since the seal stopped the computation of that period, resuming at the time of unsealing. Since May 1, 2016 “stopping the clock” is not possible anymore, being necessary to leave UCT waters to avoid payment of VAT on the hull.

b)    Maximum total period of 10 years under TA

This is the most uncertain change of the new UCC and, no doubt, the most important, dangerous, and limiting element.

The new UCC introduced a restriction limiting to 10 years the maximum period a yacht may remain in the UCT under TA. This means that, by adding all the previous 18-month (maximum) periods of stay under TA, the yacht cannot remain in the UCT for more than 10 years. Exceeding such a period implies that VAT on imports would become payable on the value of the yacht at that time.

The rule has been applicable since May 1, 2016 and ten years may seem a long period, but we are already in 2022 and there are many yachts taking advantage of the maximum 18 month periods allowed, then sailing to a third country and re-entering the UCT again just some days later, so that they may have remained almost 6 years in the UCT.

When considering the acquisition of a yacht to mainly sail in the Med, it would be advisable to be aware of how long the yacht has already remained within the UCT, as the maximum 10 years period does not refer to the ownership but to the yacht itself.

We’ll see how the various different EU countries face this matter from May 1, 2026 (10 years after the UCC has come into force). Although the interpretation of the provision seems clear enough, Europe is a ‘box of surprises’ in interpreting EU regulations, which is hard to understand[1].

Obviously, once said 10-year maximum period has been reached, an option is to import the yacht definitively in the UCT, paying the relevant VAT (the rate depending on the country of importation). In this case, a good survey valuation would be advisable (the yacht’s value will presumably be lower than when acquired) and, it is also recommendable, should owners be thinking of a refit, to logically postpone it until after importation just to avoid increasing its value.

[1]Before the 18 month period is completed, the vessel must either pay EU Import VAT or leave EU waters calling at a third country port and obtaining proper evidence.

[2]The VAT exemption in relation to yachts under TA is not foreseen in the Union Customs Code (UCC) but in the VAT Directive which, moreover, refers to the conditions of such regime as foreseen in the UCC.

[4]Spanish Yachting Association, of which I am tax and legal advisor since 2013.

[5]The Union Customs Code is an EU Regulation (not an EU Directive) and, as such, is addressed to the citizens of the Union (not to the EU countries), therefore, it should be directly applied with a uniform criterion in all countries forming the Union, which leaves very little room for interpretation.