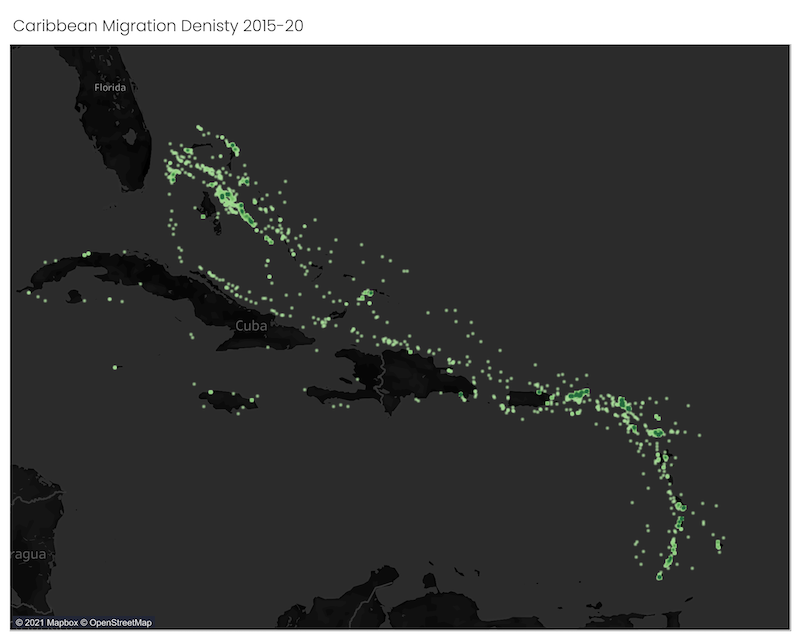 Sun, sea, and sailing around the Caribbean is a long-favoured pastime for superyacht owners seeking Christmas sun. The area hosted 1015 unique superyachts in Decembers from 2015 to 2020 while the number of superyachts visiting increased 21 per cent between 2015 and 2019, from 364 to 441. In December 2020 the number fell to 380 but this is more likely due to covid measures and restrictions than a sudden drop in attractiveness on the Caribbean’s part.

Throughout the years the Lesser Antilles were the most popular destination with 59 per cent of Caribbean cruisers stopping in the area. It was consistently the most visited stretch of the Caribbean with the exception of 2017 when Hurricane Irma hit the region.

The Bahamas were the second most traversed waters, hosting 41 per cent of visiting superyachts and 49 per cent of 2020 December visitors. From 2015 to 2020 the Bahamas increased its unique visitors by 67 per cent.

Interestingly in 2017 when the Lesser Antilles lost 51 visitors compared to the previous December, visitors to the Bahamas increased by 46. 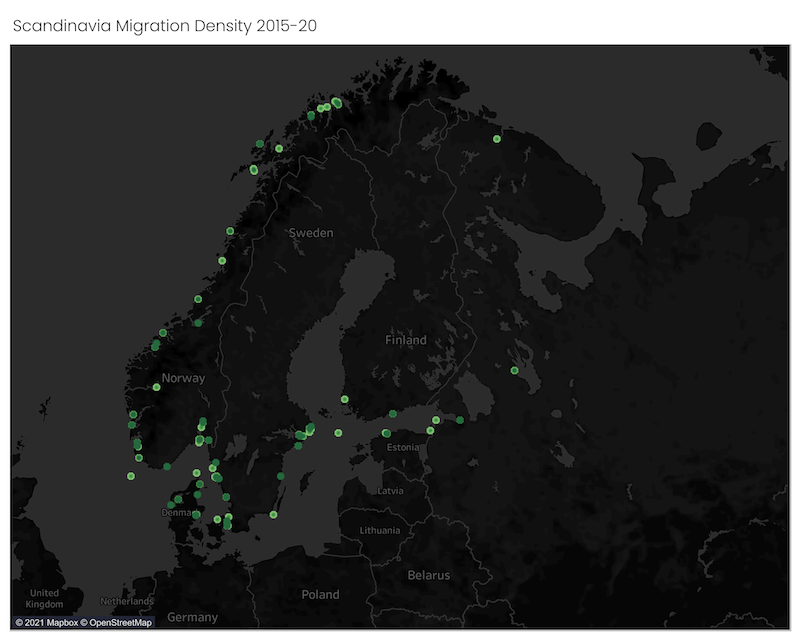 The coasts of Scandinavia and Iceland have been increasingly popular for December explorers. They may be hoping to spot a polar bear, the Northern Lights, and even a glimpse of a red nosed reindeer. Whatever the reason, the region has quintupled its December visitors from 2015 to 2020, an average yearly increase of 41 per cent.

The coasts around Oslo, Gothenburg, and Stockholm were the most popular for visitors to the region. These areas are frequented by commercial vessels and cruises and have deep ports and established infrastructure. that is more than capable of accommodating superyachts. 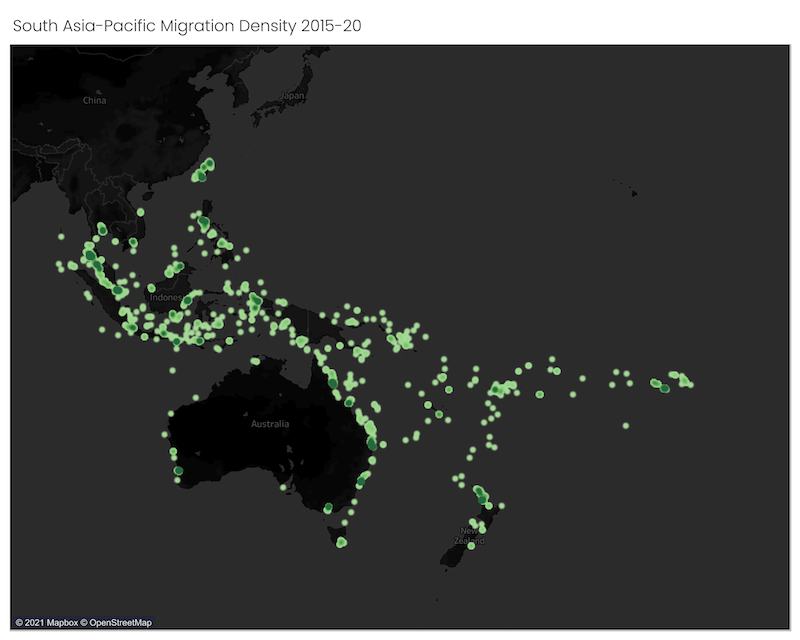 Summer seekers have found the south hemisphere increasingly attractive for superyacht cruising with December visitors to Asia Pacific growing at an annual average rate of 12 per cent between 2015 and 2020. The region even increased its number of unique superyacht visitors in December 2020 when the Caribbean felt a fall.

Australia was the most popular destination with 27 per cent of visitors to the region stopping along the east coast visiting. From December 2015 to December 2020 the country increased its unique visitors by 51 per cent. Australia has benefitted from increased government investment into marina infrastructure. One example comes from 2018 when the Queensland, government published a five-year superyacht strategy committing a share of the AU$381.6m Advance Queensland Initiative to investing in the superyacht industry.

The waters of Malaysia and Thailand also grew in popularity, increasing visitors by 83 per cent between 2015 and 2020, and hosting 23 per cent of visitors to the region.

Sadly, and in large part due to its rocky coastline, Christmas Island received no Christmas visitors.

High demand and the appeal of alternative locations

One to One: Barrett Wright