SuperyachtNews.com - Fleet - Where will yachts be this Christmas?

Where will yachts be this Christmas?

Many owners will have planned their festive excursions aboard their superyachts, while others will be undergoing maintenance, or remain wintered.

And utilising data provided by The Superyacht Agency’s Intelligence division, which tracks the festive movements of every active superyacht over the last four years, we’ve been able to make some predictions about where in the world the fleet will be mooring up this Christmas.

The truth is, a significant portion of yachts will not be in use this Christmas; since 2016, an average of 35.9 per cent of vessels have been located in the Mediterranean. For 2019, this would mean a theoretical Mediterranean fleet of 884 superyachts.

Unsurprisingly, the second most popular stop-off for festive fun, is America’s East Coast and the Bahamas, which averages 22.5 per cent of the active fleet during December, akin to approximately 554 superyachts. 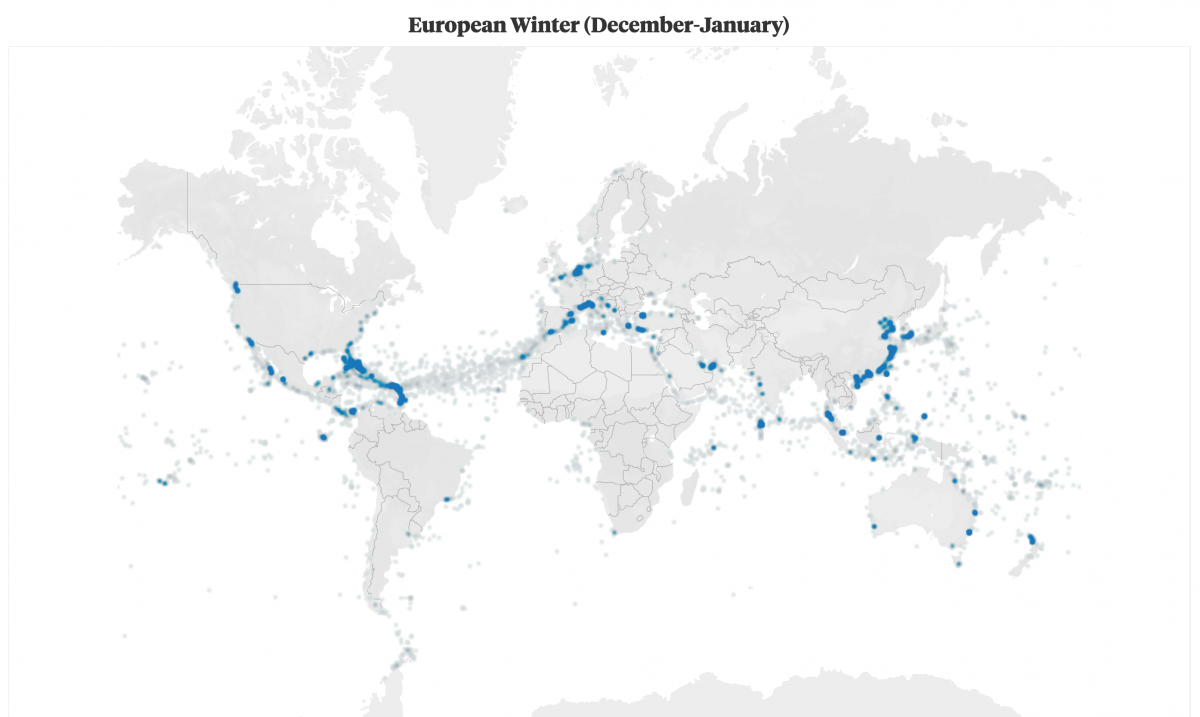 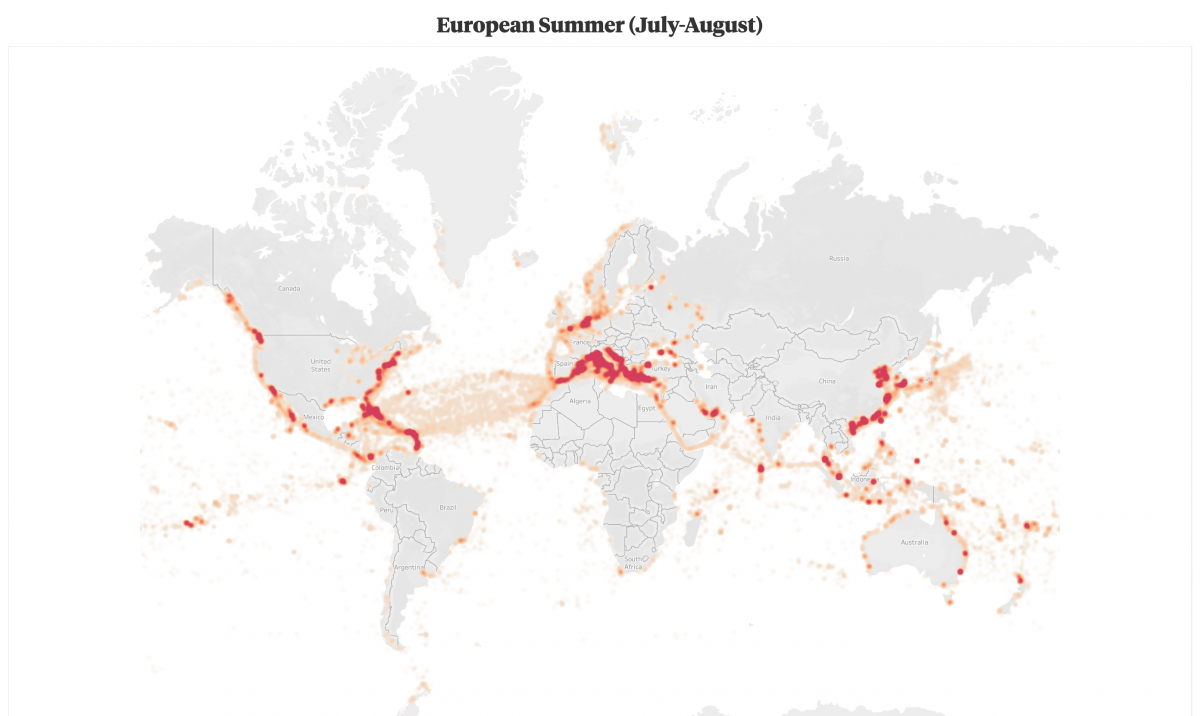 Our analysis focussed on five other key cruising regions – Australasia and Melanesia; Caribbean; Middle East; South East Asia; and the US West Coast.

Australasia has retained a fairly constant winter fleet, unsurprising considering its sizeable domestic fleet, with a negligible upturn in December 2017, and averaging 3.7 per cent over the last four Christmases.

Both the Middle East and the US West Coast have seen their share of the festive fleet rise incrementally, since 2015. While in real terms, the number of vessels still only equates to the high tens or low hundreds, the former has seen a 21.2 per cent rise, while the latter has seen a 14.8 per cent increase.

The only regions which have seen a fall in the active fleet during December are the Caribbean and South East Asia. 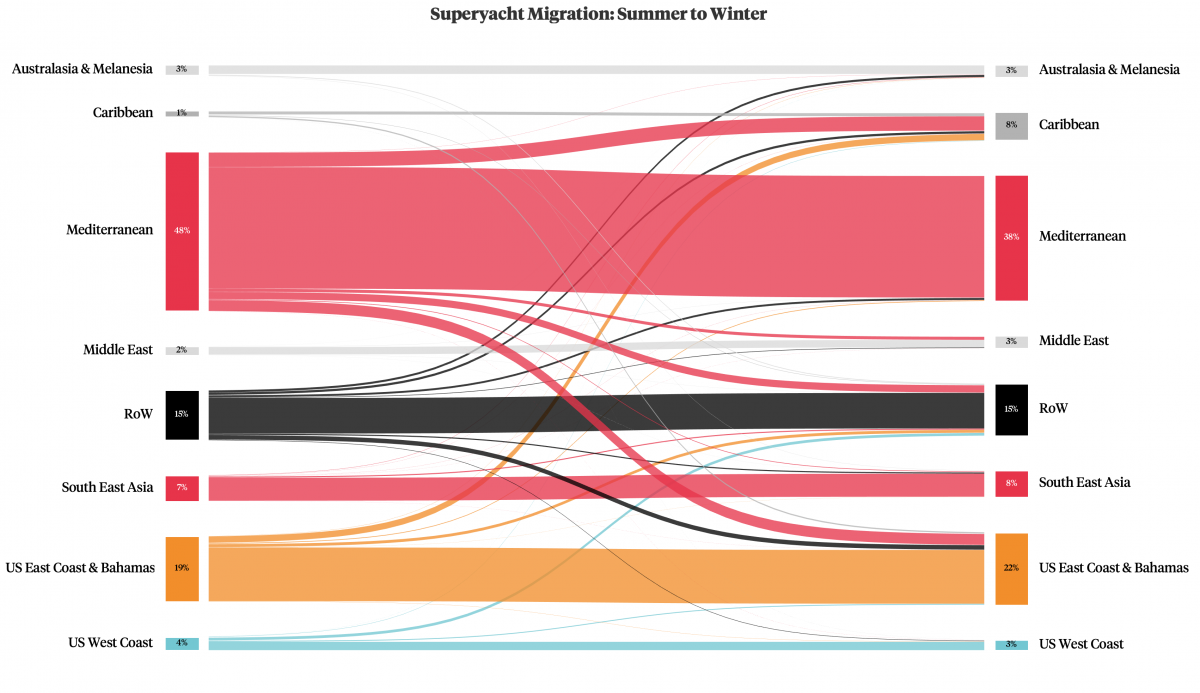 The Caribbean has long been associated with yachts and Christmas, and is traditionally the location of choice for festive yachting. However, a torrid chain of natural events has damaged parts of the region’s infrastructure, and sadly, triggered something of an exodus. Indeed, in December 2015, there were 337 superyachts enjoying their Christmases there, but in 2018, this had fallen to 294.

But, wherever you are in the world, we wish all aboard their vessels a very merry Christmas and New Year.

The industry’s stake in driving migration to emerging cruising grounds will be among the core topics for the inaugural edition of The Pacific Superyacht Forum, a VIP, invitation-only event taking place 28-30 June in Victoria, British Columbia. To apply for a place, please click here.

South African seafarers on the radar

What is the value of yacht transportation?

The development of Indonesia as a superyacht destination