Building on the success of its 24m explorer, Vripack's Rock series now includes a 33m and 42m model… 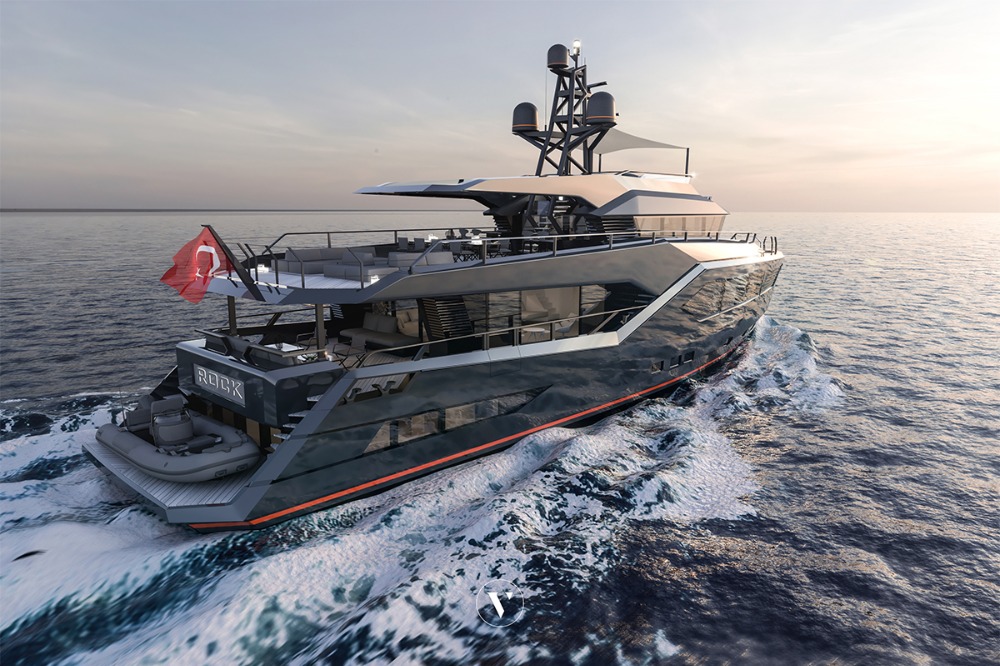 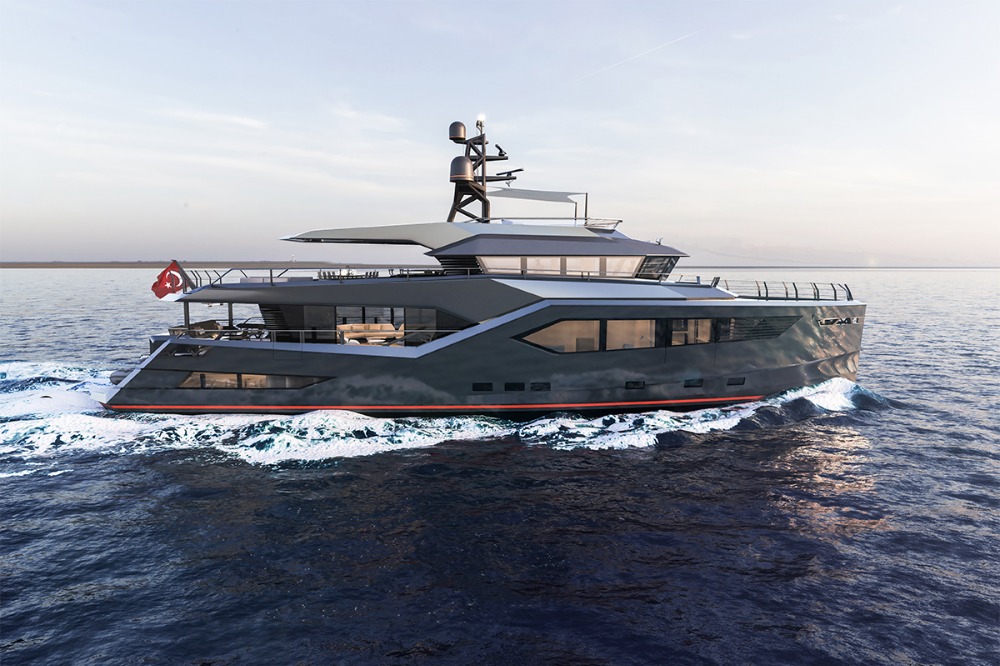 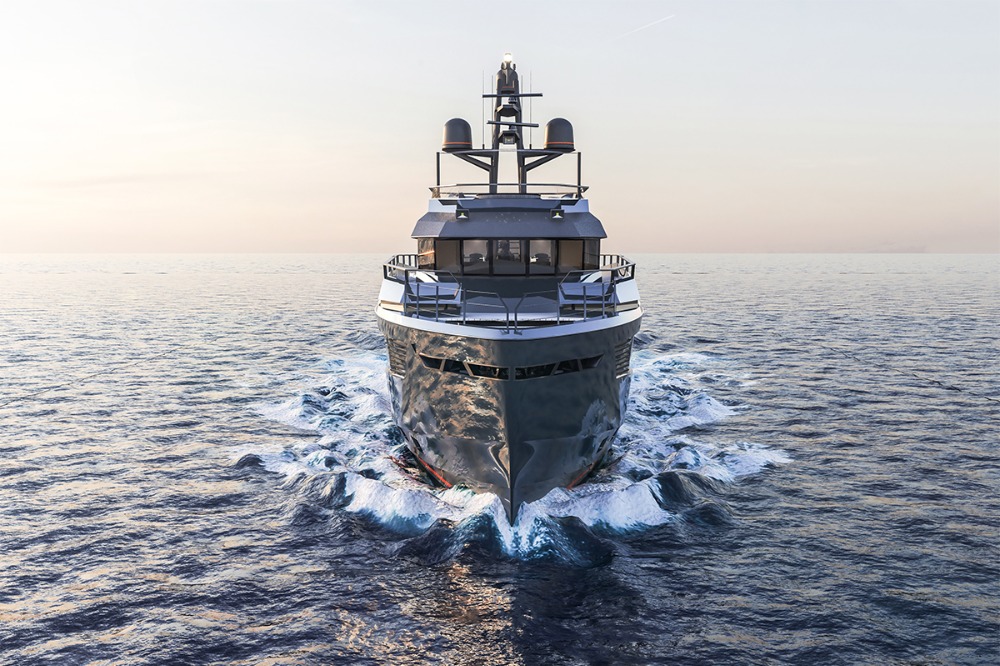 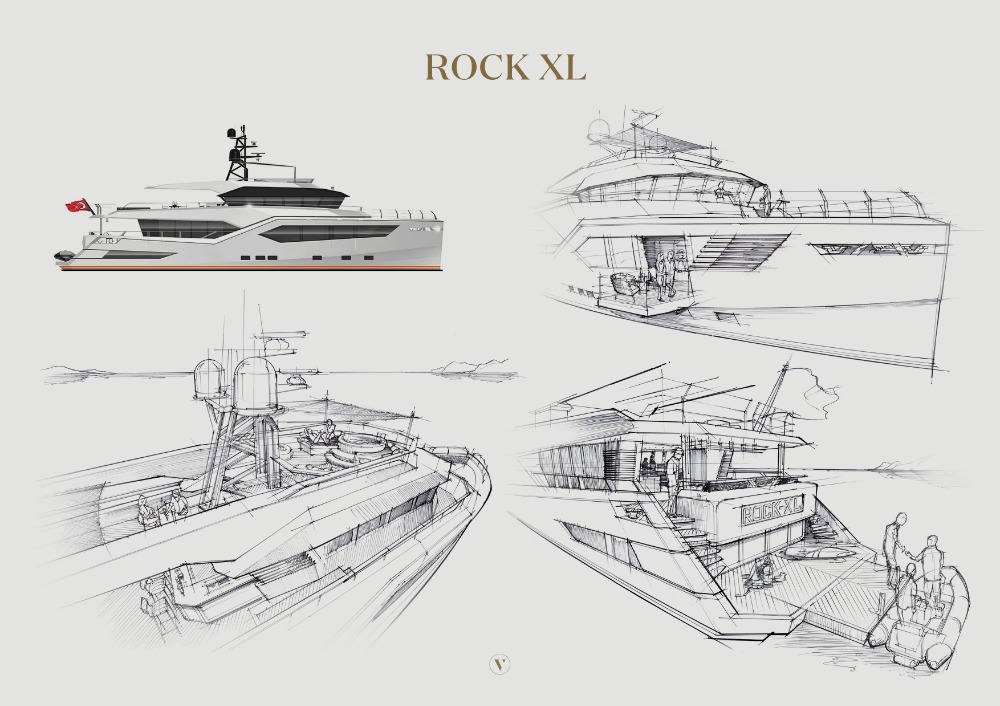 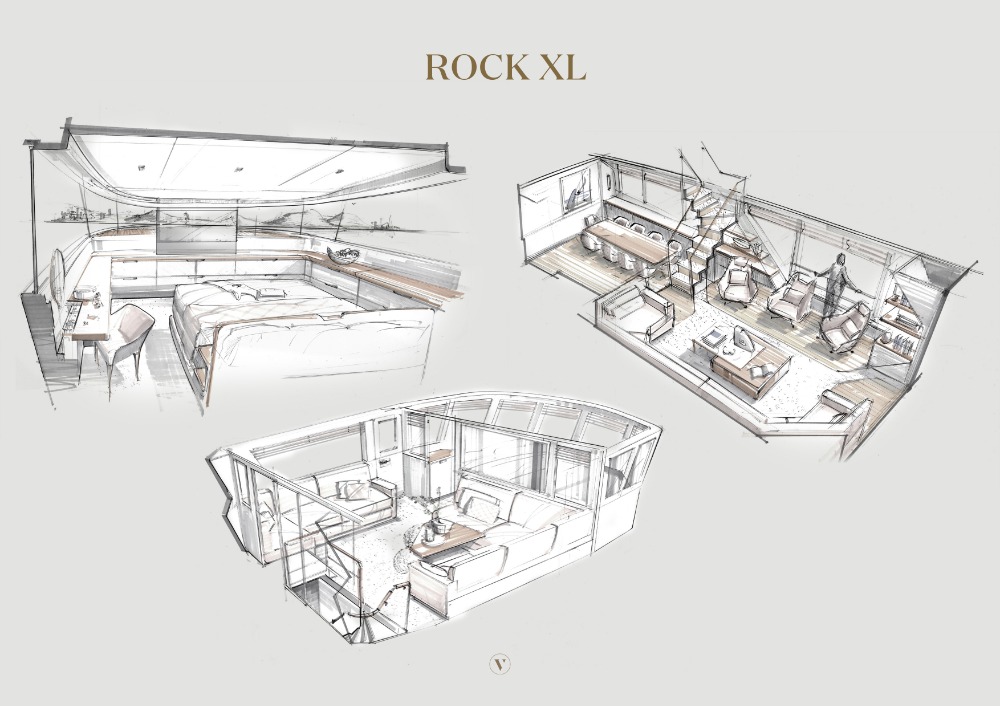 Following Vripack’s success with the 24m explorer Rock (hull number three recently began construction at Turkish shipyard Evadne Yachts), the Dutch design firm set about sketching ideas for an evolution to the story. The result is a fully-fledged series, including the 33m Rock XL and the 42m Big Rock.

“We took all the key elements of the 24m Rock and made it bigger and better,” comments Vripack designer Robin de Vries about the Rock XL design process. “And that may sound simple, but at the core of that premise is an evolved owner and guest experience.” All three yachts that make up the Rock series are designed to serve owners’ requirements across three different size ranges while maintaining the robust and spacious nature of Rock’s masculine design DNA.

Rock XL, construction on which commenced in September 2020, homes in on two areas in particular; the corner VIP cabins aft surrounded by a bank of windows, and the fluid and ergonomic open-plan layout. “We gave everything a bit more room to breathe,” adds de Vries, who notes that all of the guest cabins are 50 per cent bigger. The owner’s quarter, which comprises a private spa, gym, office, bedroom and terrace area, is more than double in size, with the master suite enlarged from 20sqm to 45sqm. 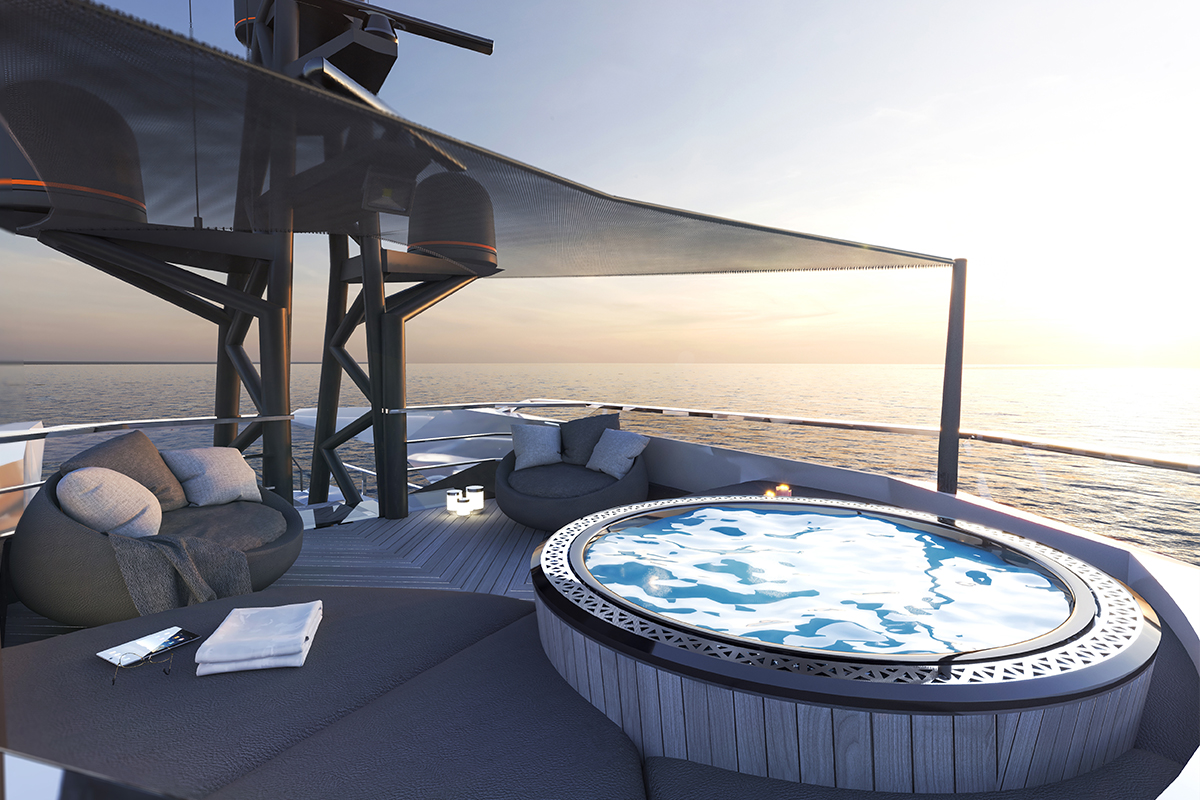 Rock XL offers a 50 per cent increase in total living space. The additional 9m in length has been put to use in the enlarged sky lounge offering direct access to the expanded sky deck. Equipped with a dedicated swimming pool and lounge area, it strengthens the connection between interior and exterior. And the owner’s stateroom on Rock XL includes a dedicated private office alongside one of Rock’s most celebrated features – the drop-down balcony at water level.

Rock’s large interior volume is a key advantage for a yacht of its size, however Rock XL ups its game in this department too, boasting an impressive 265gt. This facilitates more storage space in the bow, improved crew quarters and a 5.6m tender on the transom.

“The original Rock is now owned by a Swiss client who gets heavy use out of the yacht,” says de Vries. “They are on board for six months of the year and treat it as their home at sea. The bonus for us is that all of the owner’s feedback that we receive is implemented in the subsequent designs and build.”

A large amount of sustainability-focused technology implemented by Vripack and Evadne Yachts on Rock will also be carried through to the two new designs, meaning owners can look forward to a silent night with the on-board lithium battery pack. And thanks to Vripack’s proven engineered platform, the series benefits from a shortened build time of an estimated 16 months.

Design of the times