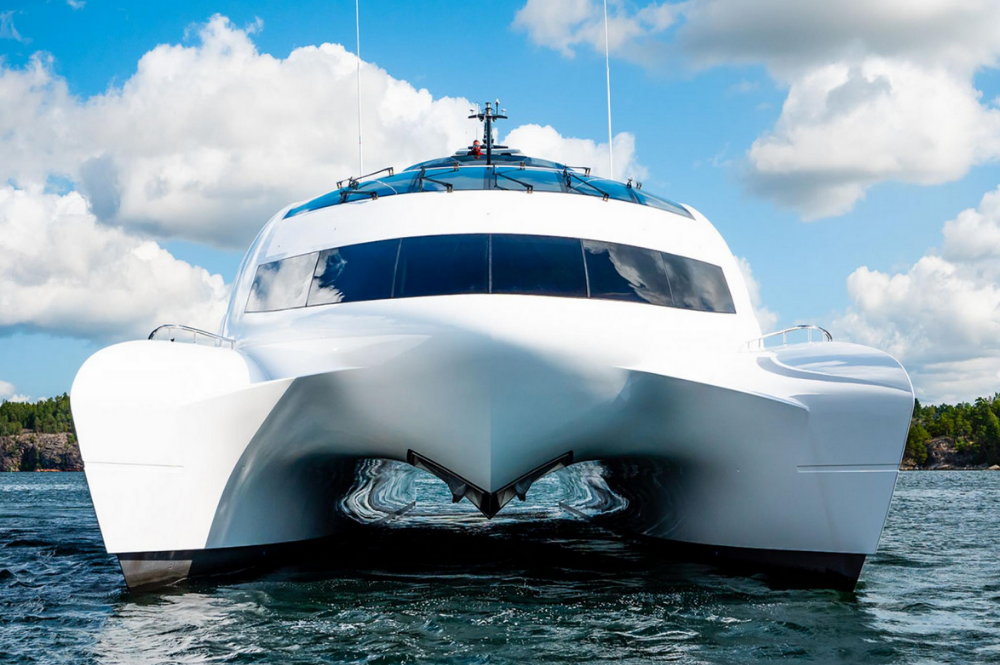 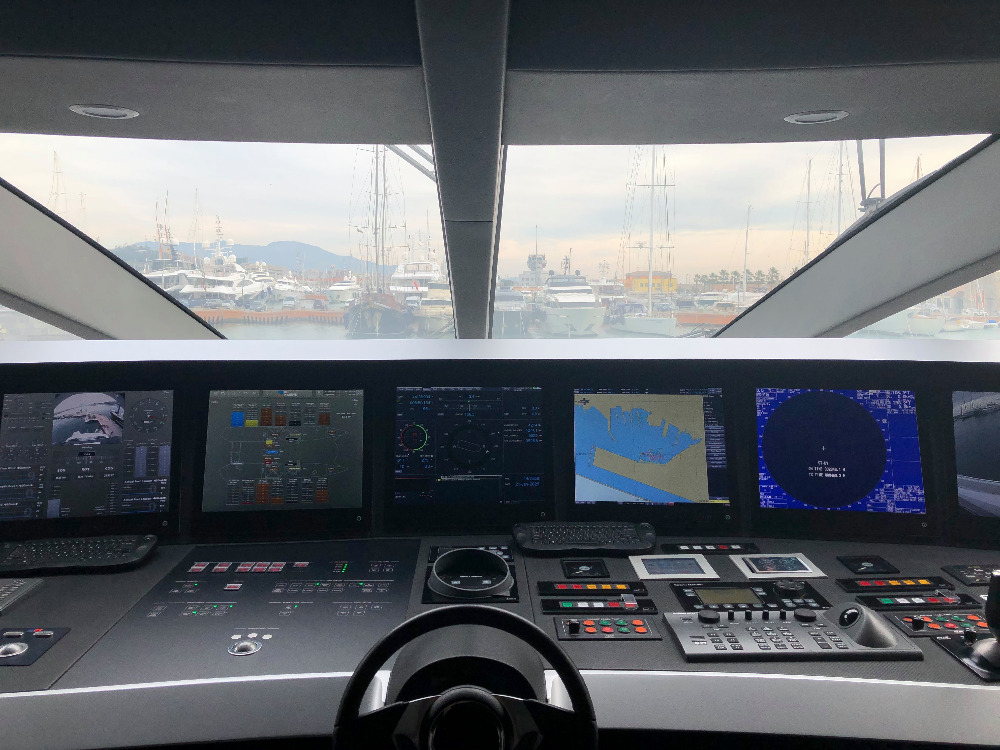 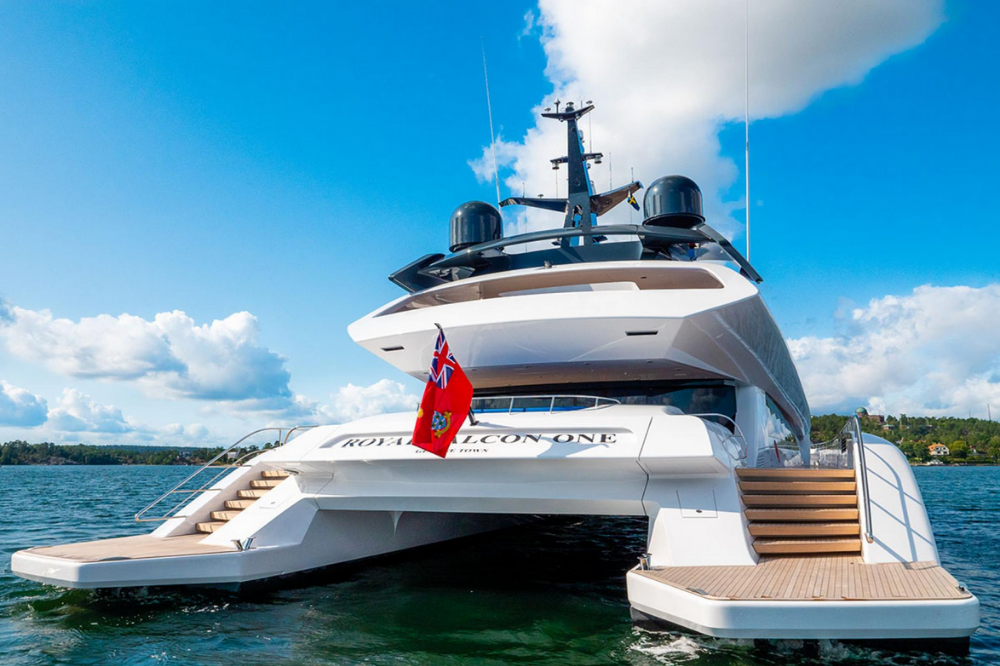 SuperyachtNews was invited by Camper & Nicholsons to attend an intimate lunch onboard 41.14m M/Y Royal Falcon One to tour the vessel with the major stakeholders of the Royal Falcon Fleet, the owner and CEO, as well as the Executive Vice President and Board Director were in attendance.

The 41.14m ‘power catamaran’ was delivered in 2019 and, as its name indicates, it is the first of the Royal Falcon Fleet to be delivered. Her maiden voyage was a 6,500km journey from Stockholm all around Europe, testing her in various weathers and sea conditions, during which she reached up to 36/37 knots.

It is common knowledge that Royal Falcon One has divided opinions, predominantly due to the project’s unique aesthetic. That being said, the intergalactic nicknames are welcomed by the team, who often fondly referred to the vessel as a spaceship. Indeed, even within the walls of The Superyacht Group the Royal Falcon One project has come to be affectionately known as the UFO (Unidentified Floating Object).

Reservations towards the unique design of the vessel may, arguably, be a matter of perspective, given that the yacht was actually designed by Porsche Design Studio, the result of which is a profile that stands out from the crowd when compared to more traditional yacht designs. Porsche Design Studio executed the interior and exterior designs, and even though it is now well-known that the owner’s vision for Royal Falcon One was always to resemble a spaceship on water, the queries surrounding the overall appearance continue.

“NASA has believed all along that they have control of outer-space. However, through SpaceX, Elon Musk is now bringing his experience and expertise into what was previously only NASA’s territory,” said Roger Leitner, Executive Vice President & Board Director – Royal Falcon Fleet. Through his analogy with NASA, Leitner highlights that the stalwarts of superyacht design do not have exclusive rights to the market’s aesthetic, whilst also lauding the ability of cross-industry collaborations to create new ways of thinking.

During the tour, the Royal Falcon Fleet team were eager to highlight the all-encompassing influence of Porsche’s design, including everything from the galley to the door-handles. While the Porsche website states that the two hulls are “almost resembling the track of a sports car,” the most visible example of automotive inspiration is what appears to be a spoiler’ located near the vessel’s external satellite communications hardware.

As Royal Falcon One is just the first in the series, the following additions to the Royal Falcon Fleet will no doubt cause more of a stir, and the team have already hinted towards an even bigger, more advanced yacht somewhere in the near future – but no signs that it will be able to fly just yet. Keep an eye out for the upcoming issue of The Superyacht Report (Issue 201), for the full feature on Royal Falcon One, where we investigate the reasons behind the unusual 10-year build time, as well as the future of the Royal Falcon Fleet…

Royal Falcon One is now for sale and exclusively listed on Camper & Nicholsons – price available on request.