With just weeks to go until the 2014 Monaco Yacht Show, August saw plenty of fleet activity. There were several new orders, including a 39.6m Baltic 130 and a 58m Royal Huisman/Dubois collaboration and 88m and 46m orders from new yard Echo Yachts.… 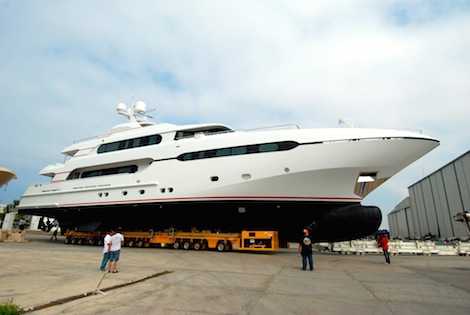 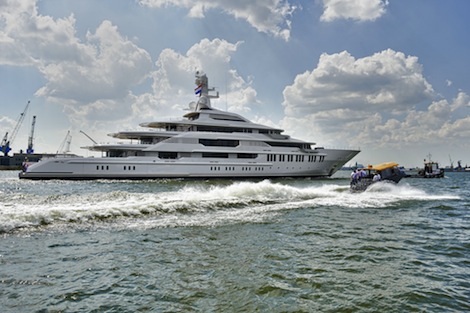 With just weeks to go until the 2014 Monaco Yacht Show August saw plenty of fleet activity. News included the announcement of several new orders, including a 39.6m Baltic 130 and a 58m Royal Huisman/Dubois collaboration and 88m and 46m orders from new yard Echo Yachts.

Illusion I - Benetti launched 58m Illusion I and delivered the yacht to her owner. She will make her world debut at the forthcoming Monaco Yacht Show. Read more here.

ROCK.IT - Feadship launched 60.35m ROCK.IT, created for an experienced owner who chartered Feadships and appreciated the essence of the brand. Read more here.

Y710 - The 85m hull Y710 was launched by Oceanco at its shipyard in Alblasserdam, Netherlands, the first launch of 2014 for the shipyard. Read more here.

Other launches in August included 40m Thumper and 40m Anyuta from Sunseeker.

Dubois/Royal Huisman - Dubois Yachts has offered a tantalising preview of a newly signed design that will be built at Dutch yard Royal Huisman. The "edgy" and "innovative" 58m high-performance sloop is set to be revealed at the Monaco Yacht Show. Read more here.

Oyster 115  - Oyster Yachts is close to securing a contract for the construction of the first Oyster 115. The 115, developed in collaboration with Humphreys Yacht Design, will be built in the UK if and when the contract is signed. Read more here.

Mulder 34m – Mulder has joined the hull and superstructure of its latest project, at 34m its largest to date, together. Delivery is on schedule for summer 2015. Read more here.

Ester III - Lürssen’s 66m Ester III has completed her sea trials in the Baltic Sea and will now be delivered to her owner by autumn 2014. Read more here.

Okto - Following its delivery of 66.4m Okto to her owner, SuperyachtNews.com spoke to ISA's Hein Velema, who discussed the rebranding of the Italian yard over the last year, in preparation for the 2014 Monaco Yacht Show. Read more here.

Win Win - Finnish builder, Baltic Yachts has confirmed the delivery of 33.04m Win Win to her owner. She will now make her way to the Caribbean for a winter of cruising. Read more here.

Umbra - Umbra, delivered in 2010 by Damen, has arrived at New Zealand's Oceania Marine for a three month refit that will include a 2m addition to the stern and exterior repaint. Read more here.

Full specifications of all yachts covered can also be found in our online records at SuperyachtIntelligence.com, which are fed daily by our dedicated in house research team.