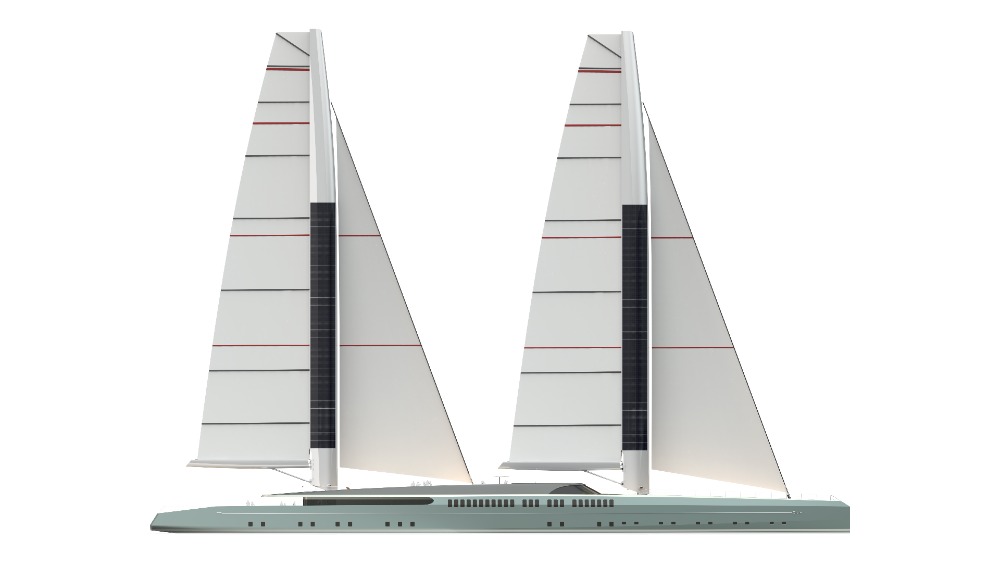 Wing sail power generation is growing in popularity as an efficient and sustainable solution for both the commercial and superyacht sectors. The frequency of concepts that are coming across the newsdesk that feature some form of wing sail is increasing. Few would doubt Royal Huisman's pedigree for tackling ambitious and boundary-pushing projects, and in WING 100 they certainly seem to have found one.

The aluminium-hulled WING 100 concept appears to be a true sailing yacht, not a sail-assisted motor yacht. The incorporation of the wing technology, in this case, is designed to facilitate relative ease of deployment of sails and operation, when compared to traditional sailing superyachts, creating the potential to draw more clients towards wind power generation. 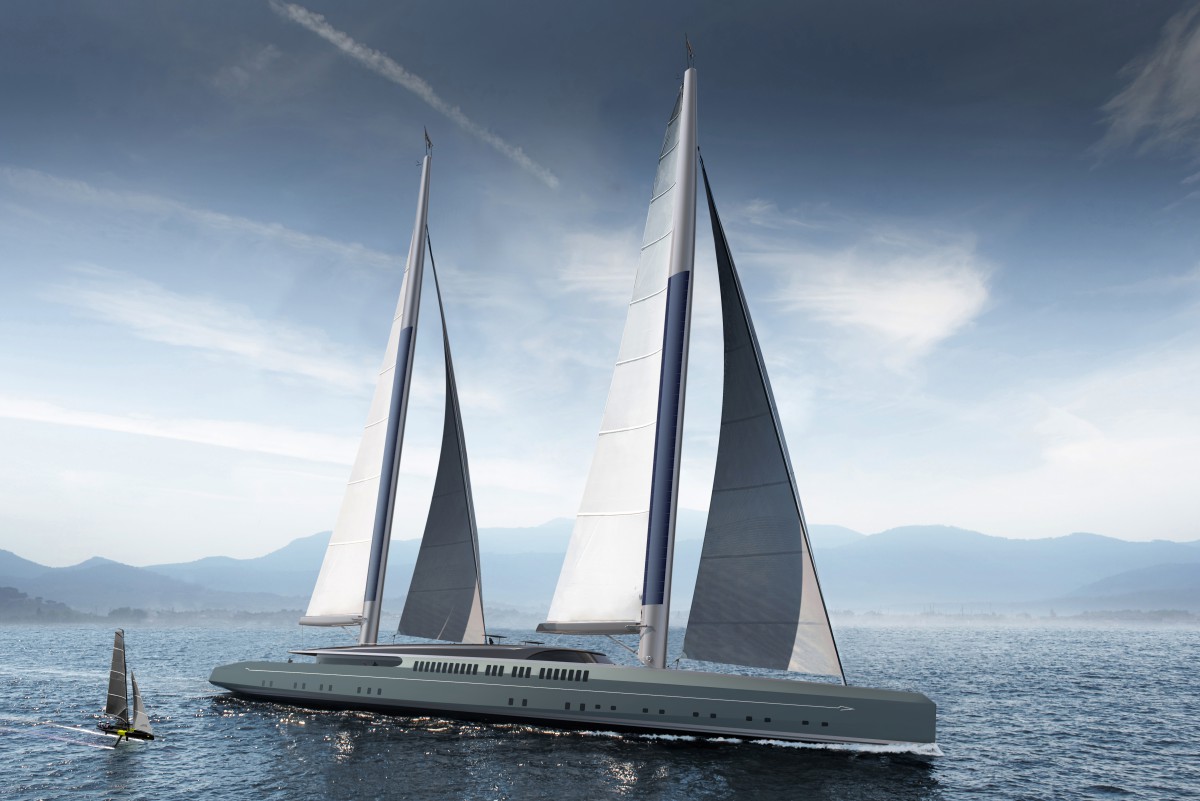 “The emergence of sailing yachts on this scale, with the level of energy efficiency and eco-responsibility offered by WING 100, would have been unthinkable just a decade ago”, comments Royal Huisman CEO Jan Timmerman. “The team is incredibly excited to be at the forefront of this conceptual revolution. We look forward to applying our renowned innovation and engineering skills to the realization of this highly ambitious project – creating the fourth and largest Royal Huisman build yet in the global top 10 of supersized sailing yachts.” 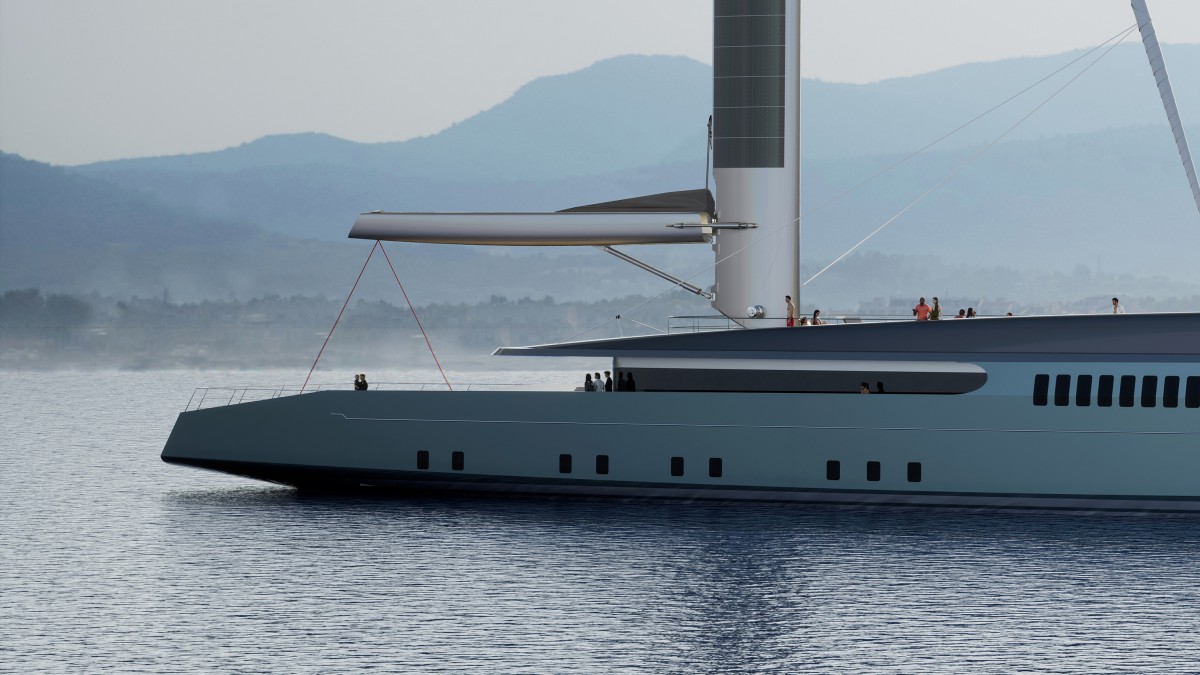 Wing sail power generation is gaining popularity in both commercial and private applications, with this concept marking one of the most striking of a recent run. With the comprehensive history of sailing yacht innovation, Royal Huisman and Rondal may be well placed to make this high-concept design a reality.

The ability to deploy the sails in minutes, operate in low wind conditions, and over short distances add to the eco credentials of a wing sail concept such as WING 100. Additionally, WING 100 will have a hybrid eclectic propulsion system with the potential to be converted to alternative fuel sources such as hydrogen cells. 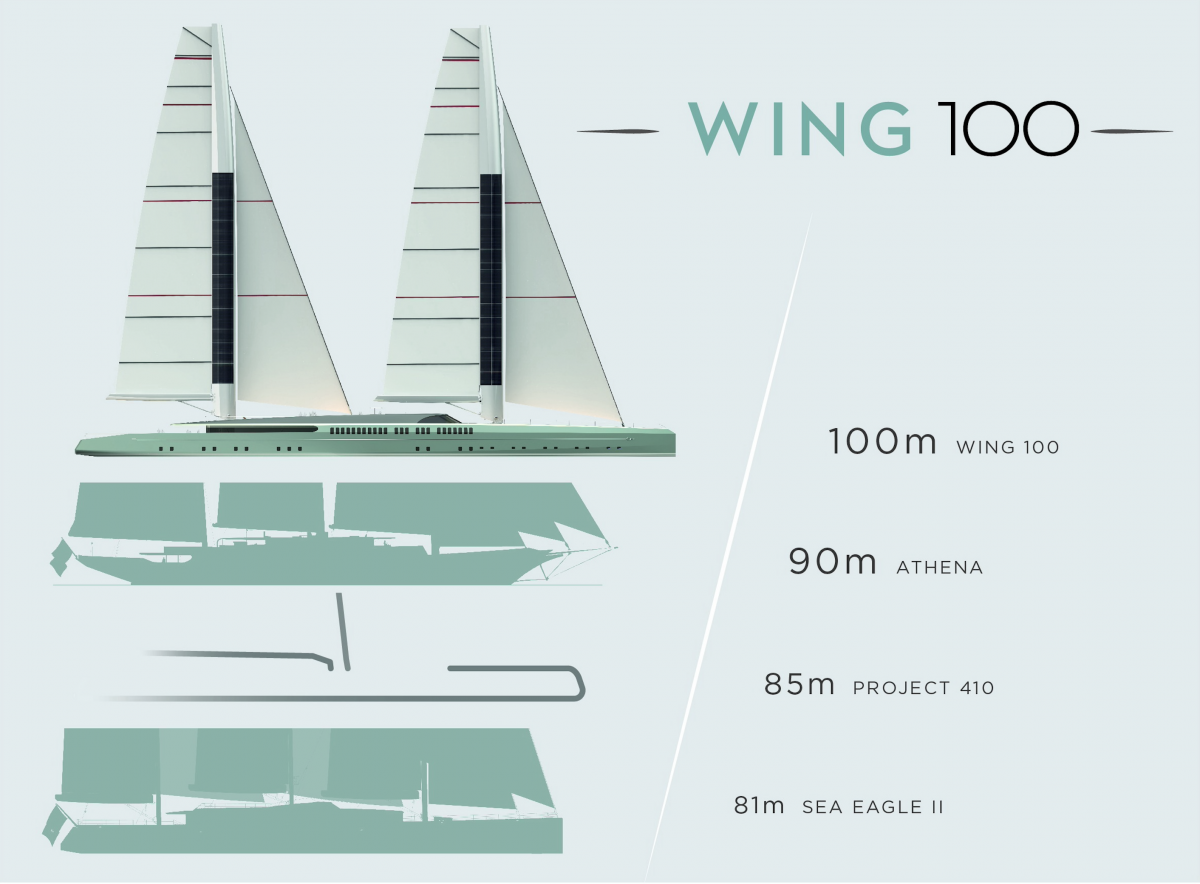 As with other next-generation large sailing yachts, WING 100 will incorporate a hydro generator, generating 200kw under sail to power the board systems and charge the batteries. This, combined with the 480m2 of solar panels integrated into both masts, the aerodynamic efficiency of the wing sails and the power management systems, is what Royal Huisman sees as its ‘game-changing green energy system’. A system which they calculate will lead to 750kw of power generation saved, equating to 166,000 litres of fuel per year.

Jan Timmerman, CEO of Royal Huisman, concludes: “Sustainability is crucially important for all of us and for future generations. Yacht owners and the yachting industry obviously want to contribute by reducing environmental impact and by limiting the use of valuable natural resources. It is a fact that the level of achievement resulting from these efforts can vary greatly.

At Royal Huisman, we know that some owners positively encourage their design and build teams to make a difference. For example, by making their superyachts more efficient, or by applying renewable energy sources. Sometimes the obvious is not so obvious at all, such as this unlimited supply of free energy: wind.”

Super is in the eye of the beholder