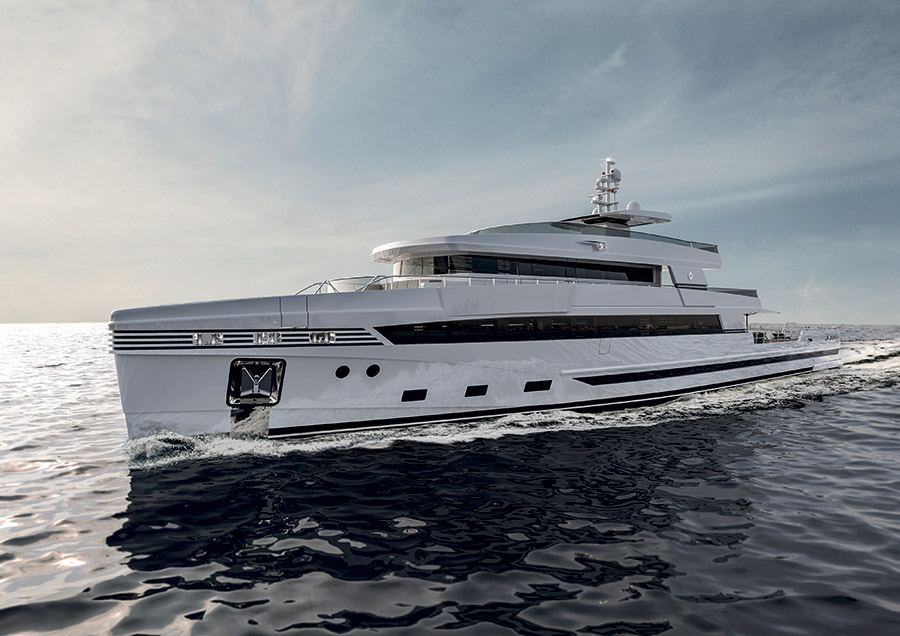 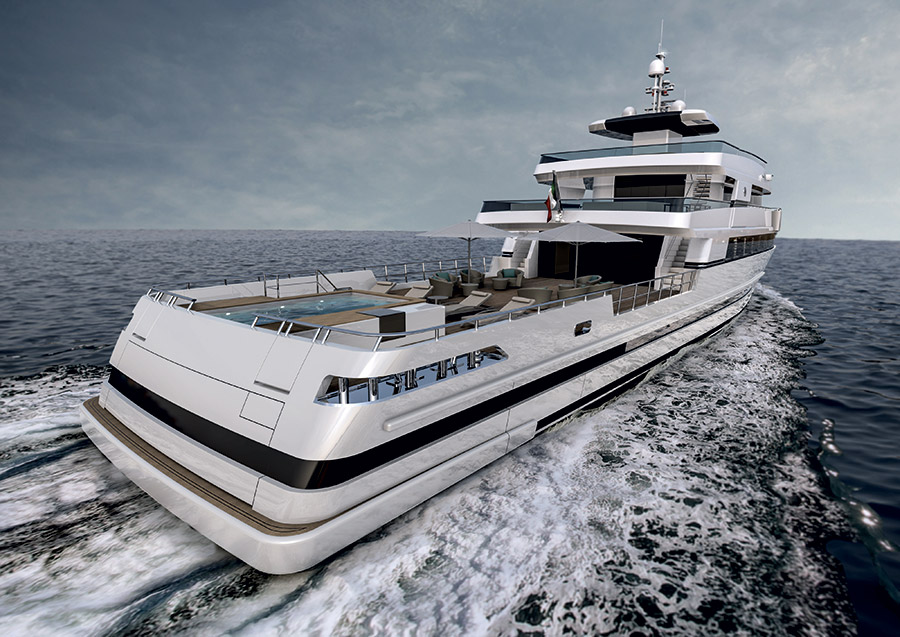 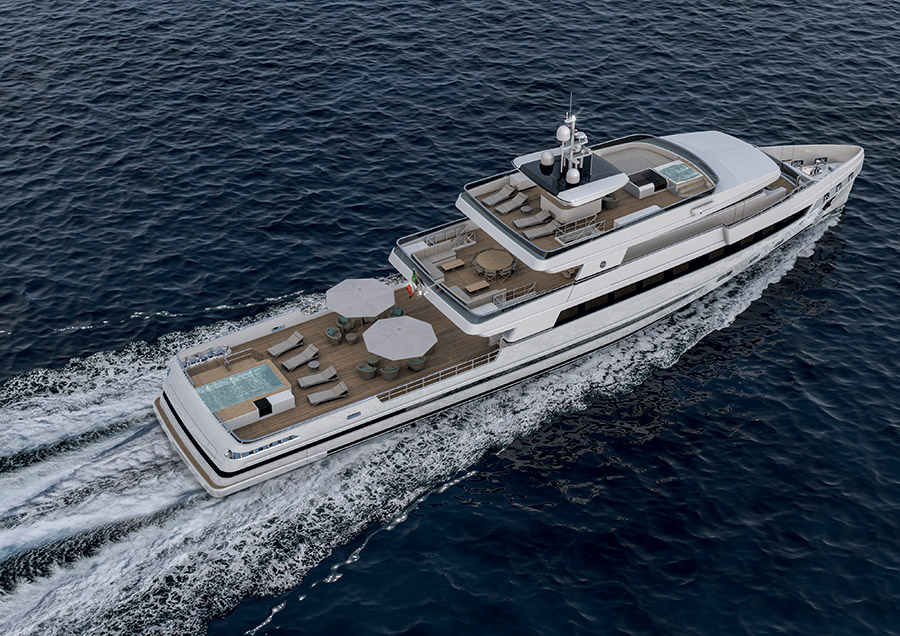 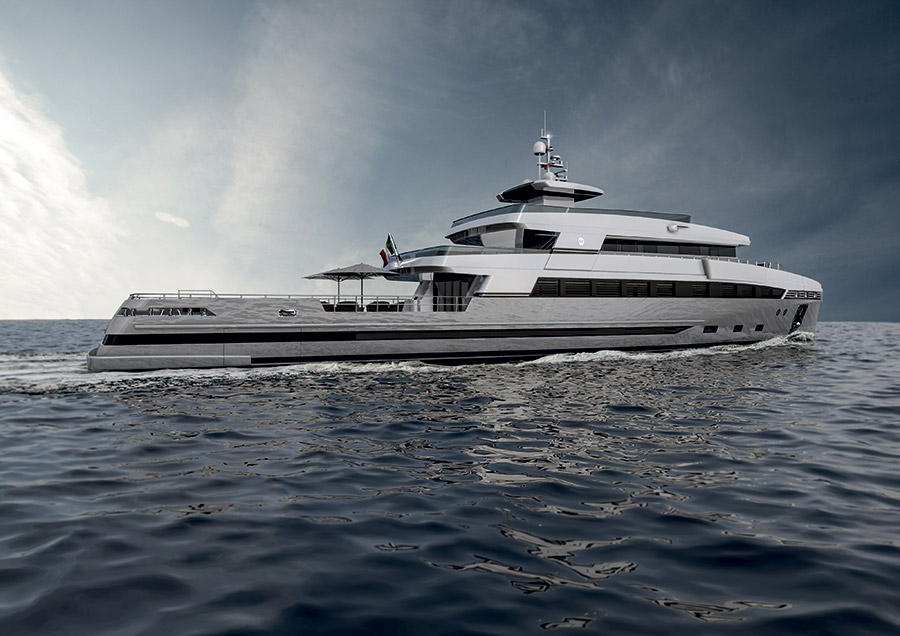 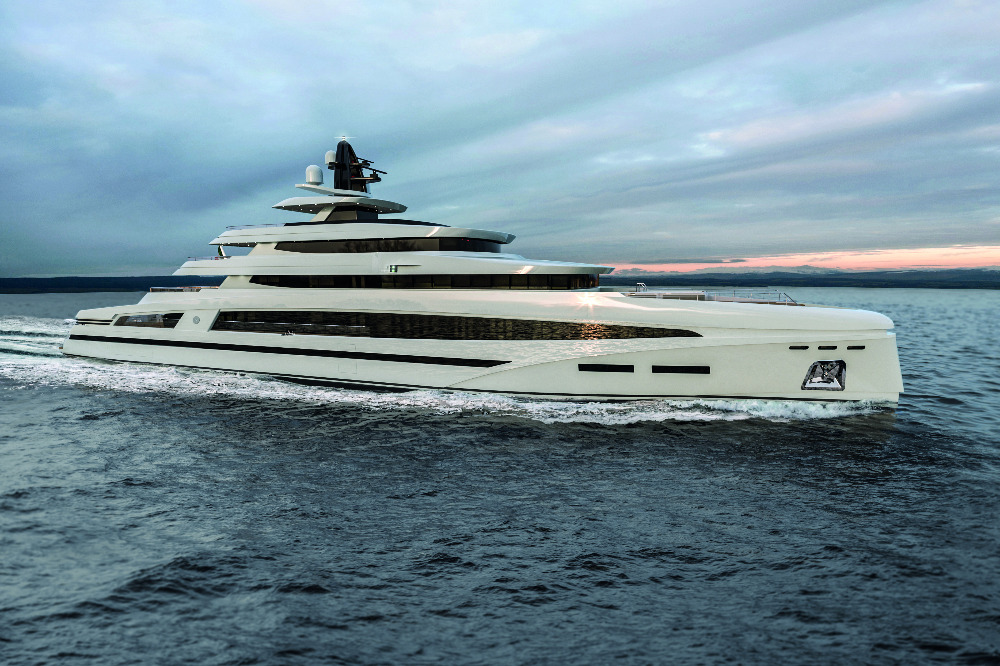 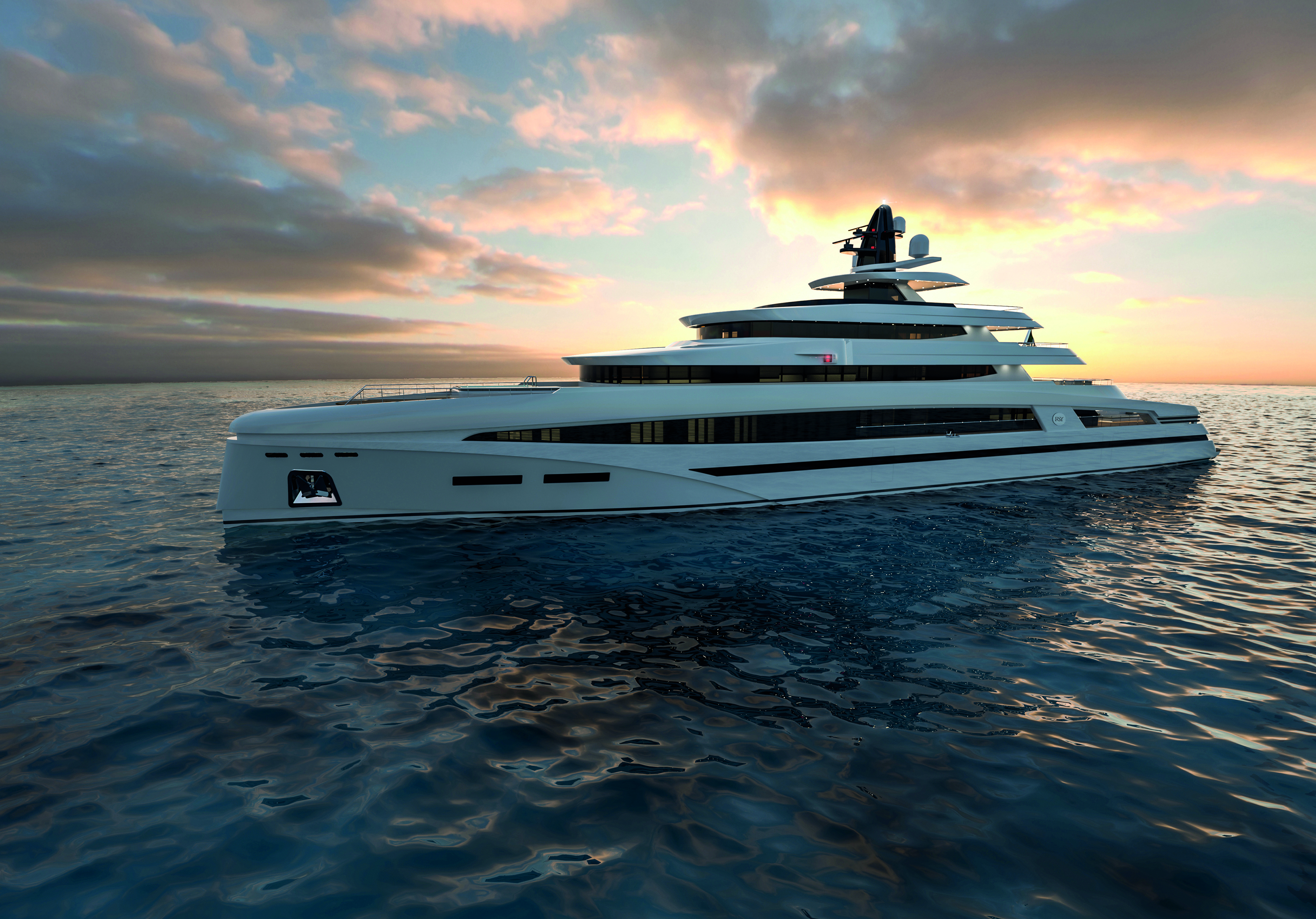 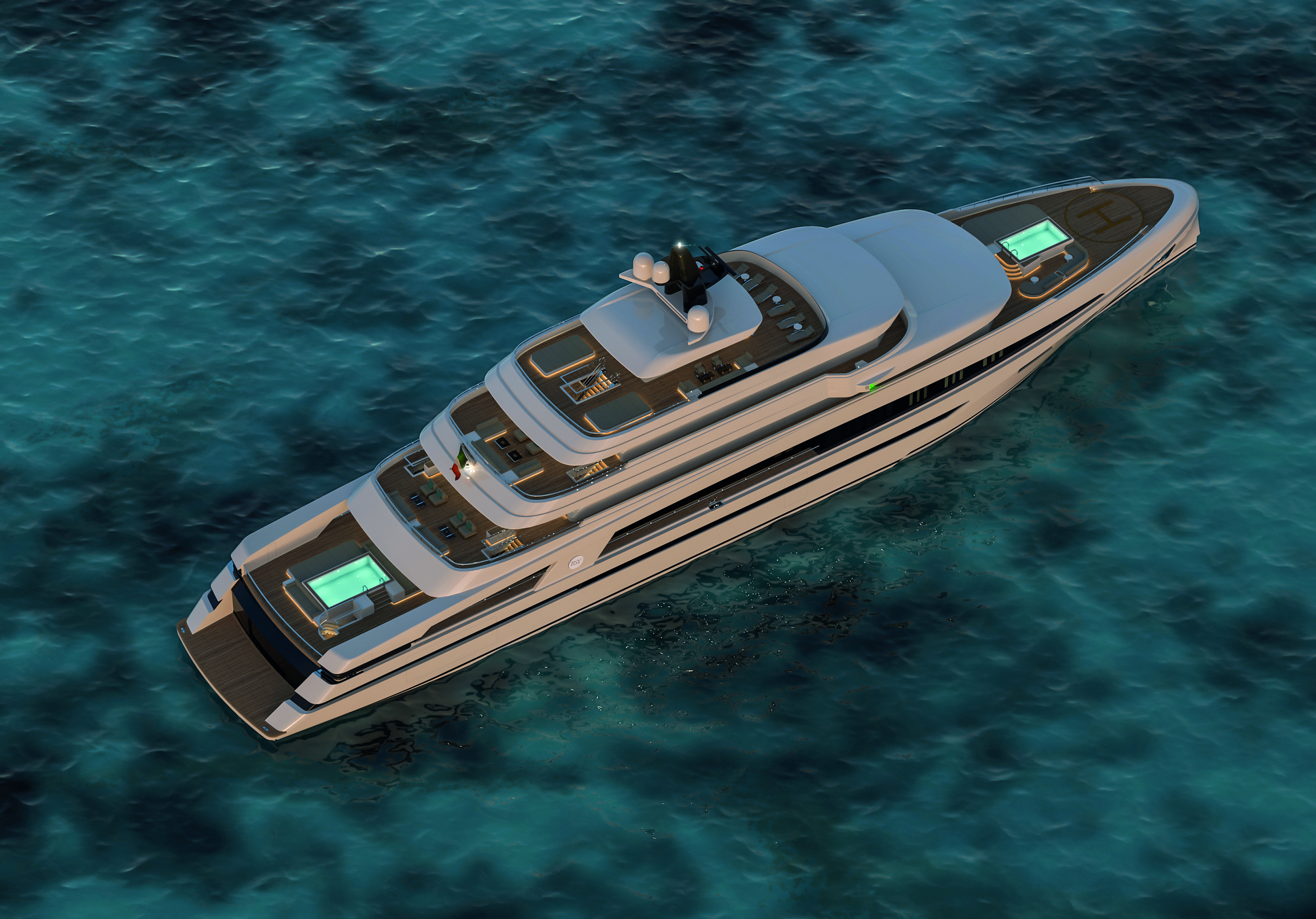 During the Palm Beach International Boat Show, Italian shipyard Rosetti Superyachts officially unveiled two new superyacht concepts, both designed by Tommaso Spadolini. Floated on the Milan stock exchange, encompassing 18 companies and with a registered turnover in excess of €213 million, the shipyard made the decision to enter the superyacht market in 2017. Now Rosetti has three superyachts in its custom collection, all of which can be built in the shipyard’s own facilities based in San Vitale.

Upon unveiling its first superyacht towards the end of 2017, referred to as the 85m Supply Vessel, the shipyard revealed that its approach to yacht construction is one that pulls on the shipyard’s commercial expertise, which it has gained over the duration of shipyard’s 25 years in ship construction. The shipyard has now unveiled a scaled down design of the 85m Supply Vessel which Spadolini refers to as “The most ‘authentic’ yacht I’ve designed in my 40-year career.”

The most ‘authentic’ yacht I’ve designed in my 40-year career.

At 48m, the sub-500gt vessel referred to as a Pocket Supply Vessel uses the same trademark styling seen on the yacht’s larger 85m sistership despite the significant 37m difference in length. The new 48m design also retains its extensive aft deck exterior space of almost 18m in length which can either be used as lounge area or space for carrying tenders and toys.

“Incorporating the philosophy of our 85m Supply Vessel into a 48m yacht of less than 500gt was quite a challenge,” says partner and chairman of Rosetti Superyachts Fulvio Dodich. “It meant optimising the interior and exterior layout to ensure efficient use of space, while maintaining independent circulation flows for guests and crew.  At the same time, we were able to offer custom options to suit the lifestyles of different owners and enhance the yacht’s flexibility.”

Described by the shipyard as ‘understated’ there is nothing too complicated about the exterior styling of the 48m, in other words, it hasn’t been over styled, but rather created with more of a practical outlook.

With a gross tonnage of 2,700gt Rosetti’s second new concept (pictured below) is based on the same technical platform as the 85m Supply Vessel, which was engineered by Rolls Royce. However, there have been a number of slight modifications in order to compensate for the different weight distribution of the superstructure. 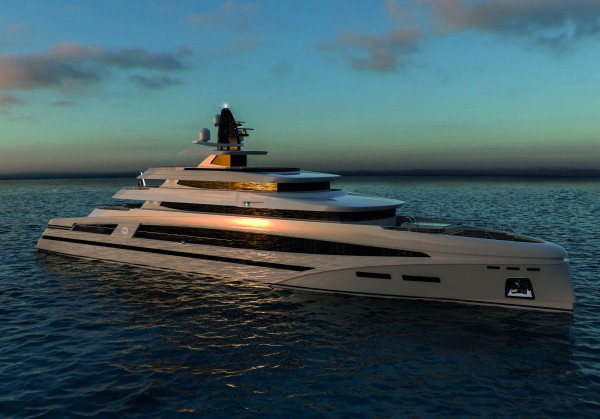 “Simplicity and elegance are the leitmotifs of the exterior design,” says designer Tommaso Spadolini. “Whereas the Supply Vessel has more utilitarian lines befitting her explorer vocation, the superyacht has a softer, more sinuous profile, while the reverse bow adds a hint of determination and aggression.”

Although the new 85m has seen a reduction from the extensive aft deck shown on the original 85m concept, there is still a huge amount of exterior guest space both on the aft deck and forward deck of the vessel. Another crucial consideration by the shipyard is to keep noise and vibration down to a minimal level, therefore the 85m has a diesel-electric propulsion package comprising of four MTU 16V 4000 M43S engines combined with two Rolls Royce Azipul thrusters that will give the yacht a top speed of 20 knots and a range of 5,500 nautical miles.