Why is it that language in the superyacht industry often fails to convey meaning? 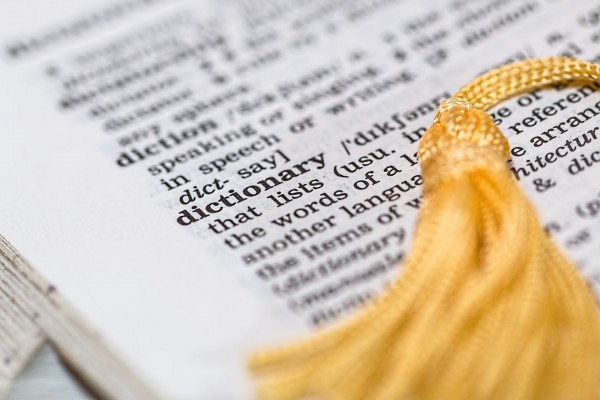 Have you ever actually thought about the efficacy of the language used to describe the design of a superyacht or tender?

Well, as the year begins in earnest, I have spent a little time reflecting on said superlatives. Perhaps there is just a lack of appropriate adjectives to describe the wares of our very unusual marketplace, or maybe there are actually no words to describe this zenith of creativity – but somehow, I don’t think so.

The world of design offers a spectacular opportunity for PR gurus to dream up elaborate terms to describe the fleet, some of which have become wholly engrained in the language we use on a regular basis. So, I thought I’d share some of the finest that I received last year and delve a little deeper into their theoretical meaning.

I’ll just kick this off with one that I heard towards the end of the year, regarding a wildly futuristic project, covered with all kinds of jutting lines and unexplainable angles, which didn’t quite fit together. Here the team decided that the word for the job was 'organic'. Now, I’m not sure how or why the word chosen to describe this pretty frightening-looking vessel was selected. And thankfully, as far as I’m aware, it didn’t make it through the journalistic sieve (which quite often has rather large holes). The Oxford dictionary defines ‘organic’ as to be “Characterised by gradual or natural development,” or “characterised by a harmonious relationship between the elements of a whole.” Which I can tell you objectively, in this case, couldn’t have been further from the truth.

My point is that this means nothing in the context of this project, it adds nothing to the project, or to the description, but does offer a prime example of people just saying words to bulk out a press release, without thinking about what it is they actually mean with regard to the project in question.

It is an interesting exercise to read about a project before you actually see it (especially concepts), because I can almost guarantee that what you are picturing in your head will fall far from the project in question.

My next word is one that often slips into descriptions of all types, and has actually been around for quite a while, much like many of these phrases, but due to its overuse, is utterly meaningless and useless in design, and that is, ‘innovative’. In yachting terms, it literally means nothing. Professor Alf Rehn said at The Superyacht Forum 2017, “we have all been brainwashed with these meaningless sayings and quotes of innovation without truly considering their meaning or what we’re asking people to do.” There is, of course, innovation in design, but surely not every line or every angle is innovative?

Another that is abundantly used, often to describe exploration vessels, is ‘purposeful’. I like this one especially, as the literal definition of this, according to the Oxford dictionary is “having a useful purpose,” which surely, one would hope for in every project.

While these are quite amusing, I really do feel that there is something rather worrying about how these projects are described. We do operate in a very unusual marketplace, so perhaps an oversight in language is inevitable when it comes to describing a yacht in a unique way. But, what is important is that words like ‘organic’ or ‘purposeful’ don’t end up defining the project that you are trying to promote without actually considering their meaning. It does feel just a little ridiculous and we don’t need it in an industry with so much splendour and fantastic engineering.