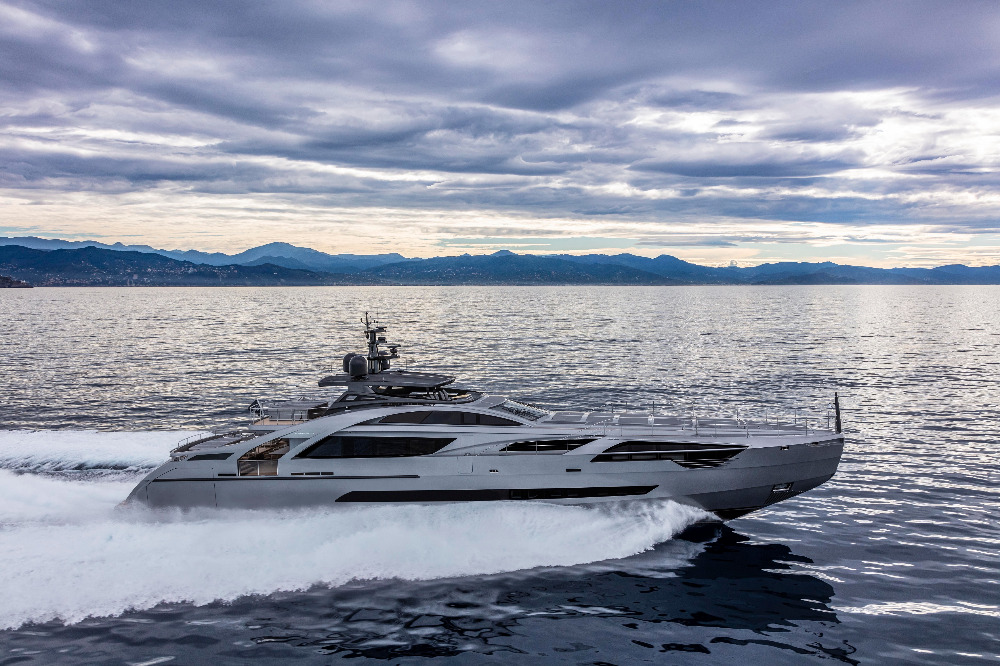 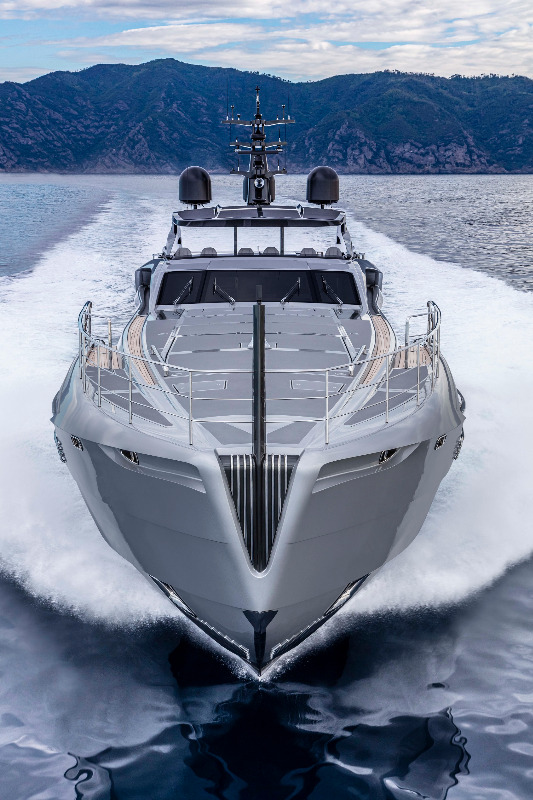 Italian shipyard Pershing, one of eight brands that form the Ferretti Group, has revealed a new 43.3m flagship vessel, the Pershing 140. Destined to be manufactured entirely in aluminium, which is a first for Pershing, the new yacht is the result of a design collaboration between architect Fulvio De Simoni, the Ferretti Group Product Strategy Committee and the group’s engineering department.

Pershing has conveyed that the introduction of its new flagship marks the brand’s entry into a new design and manufacturing era within the superyacht sector.

The new platform for the Pershing 140 has been developed with performance in mind, with special attention paid to the yacht’s hydrodynamic capabilities, allowing the yacht to reach speeds of up to 38 knots. The tri-deck platform is the largest vessel that the brand has developed and conveying the aforementioned new manufacturing era that the brand is moving into.

The new platform for the Pershing 140 has been developed with performance in mind, with special attention paid to the yacht’s hydrodynamic capabilities, allowing the yacht to reach speeds of up to 38 knots.

Designed to call upon the yacht’s performance, the exterior features a number of new elements, such as the yacht’s steel grid on the bow and long windows to draw out the yacht’s length. The yacht’s profile appears to maintain a low centre of gravity, which does help to accentuate the ‘sporty’ aesthetic which is at the heart of the project.

But, while this is an entirely new design, the team focused on maintaining some of the brands customary details, such as the two lateral wings that are integrated into the superstructure and the yacht’s prow. The result is certainly a positive one for Pershing, presenting a fantastic balance of both old and new features on the vessel.

The result is certainly a positive one for Pershing, presenting a fantastic balance of both old and new features on the vessel.

Details of the interiors on board the new flagship will be decided by the owner, who together with the Studio Fulvio De Simoni design firm and, the Ferretti Group’s in-house project architects, will be able to modify the layout options offered by the shipyard and develop the interiors to the required style. However, like the exterior of the Pershing 140, the layout has undergone something of an update and features a raised cockpit which is directly connected to the sundeck.

As shown in the chart below, the output of the Pershing brand has been fairly consistent within the superyacht industry, although the company’s focus has traditionally been below the 30m threshold. 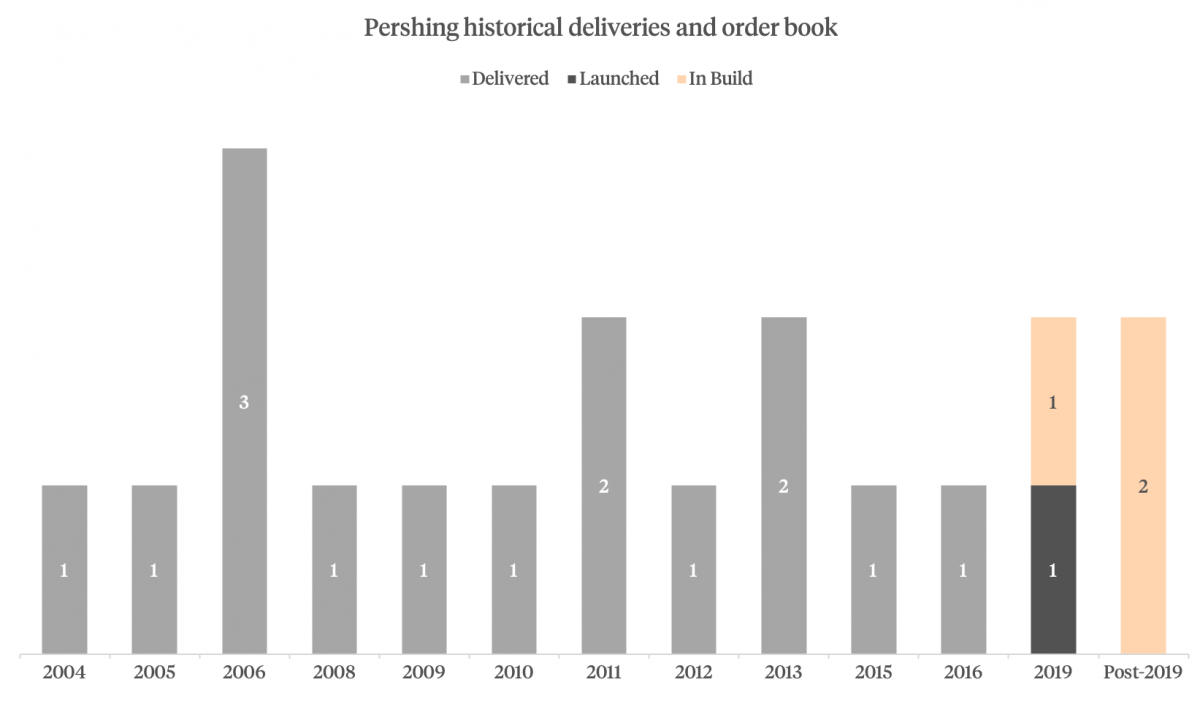 Earlier this year, the Ferretti Group disclosed a continuing growth trend, proved by the group’s net profit after taxes in 2018, which climbed to €31 million that year, 29 per cent higher than in 2017. As reported in April 2019, the Ferretti Group’s consolidated production value has reached €699 million and total assets exceeding €1.1 billion.

Furthermore, between 2014 and 2018, the Feretti Group shareholders collectively invested €154 million in research & development, as well as reinvesting all profits earned back into the business.