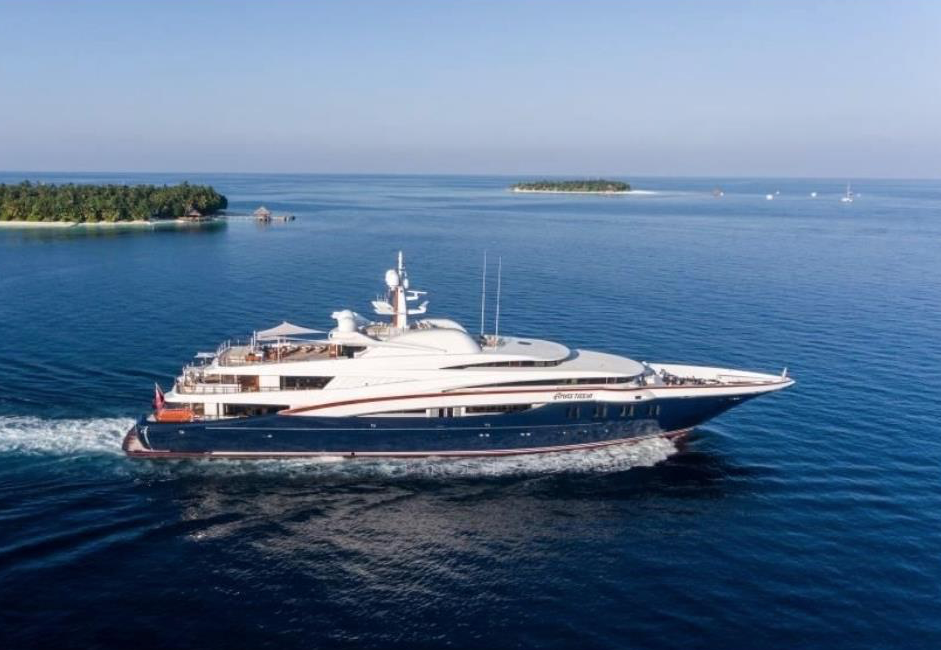 The 75m motoryacht, Anastasia, which was delivered by Oceanco in 2008, has been sold by Andrew Bond of Fraser and Burgess for a final asking price of €67.5 million – the largest brokerage sale of the year thus far.

The Russian billionaire seller is a renowned Oceanco owner and also owns the 88.5m motoryachts, Nirvana  (2012) and Barbara (2017). All three boats are characterised by distinctive and relatively comparable navy hulls and exterior lines, which were penned by Sorgiovanni Designs.

Nirvana and Anastasia both appeared on the brokerage market early in their lifecycles, but more notably, with very ambitious asking prices. In July 2012, Anastasia was listed for sale at €125 million with Edmiston, and a mere two months later, Nirvana joined Edmiston’s sales fleet with an asking price of €230 million – well beyond any fair market value.

The owner withdrew the yachts from the market at later dates, however Anastasia returned to the market in 2017 with Fraser and Burgess, which slowly ratcheted up the marketing of the vessel over the course of the year before exhibiting her in the Monaco Yacht Show. She had a €7.5 million price drop to €67.5 million in February 2018, before exhibiting at The Superyacht Show in Barcelona in May, however she has now been confirmed as sold.