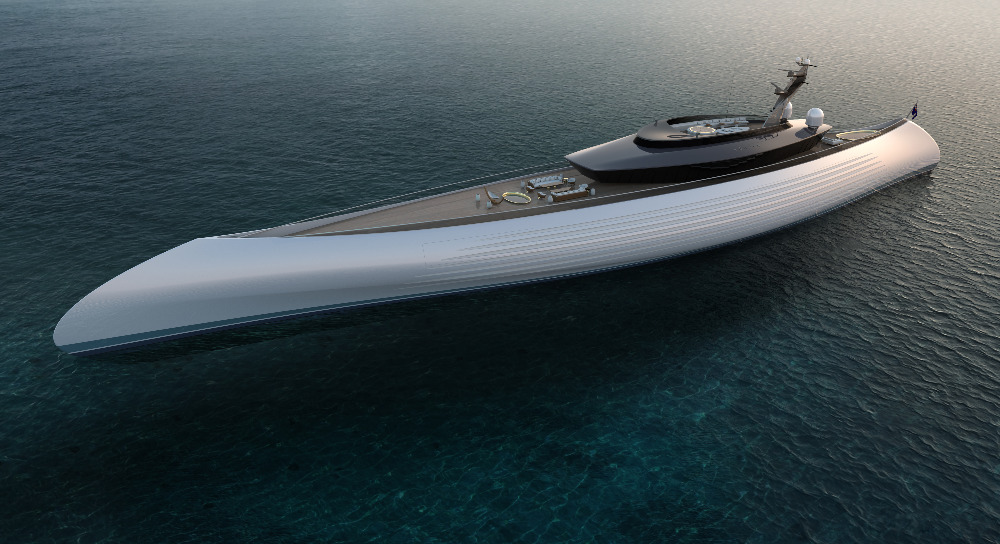 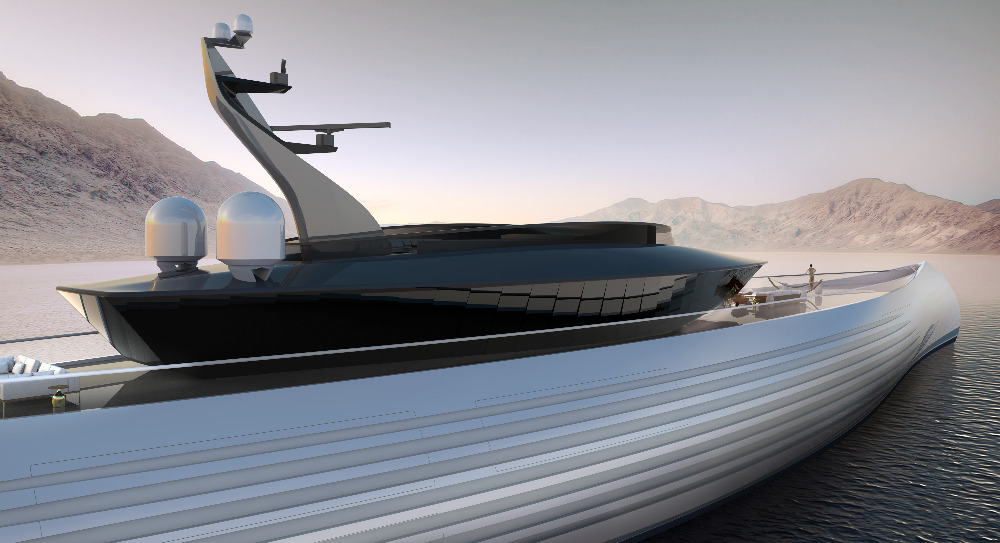 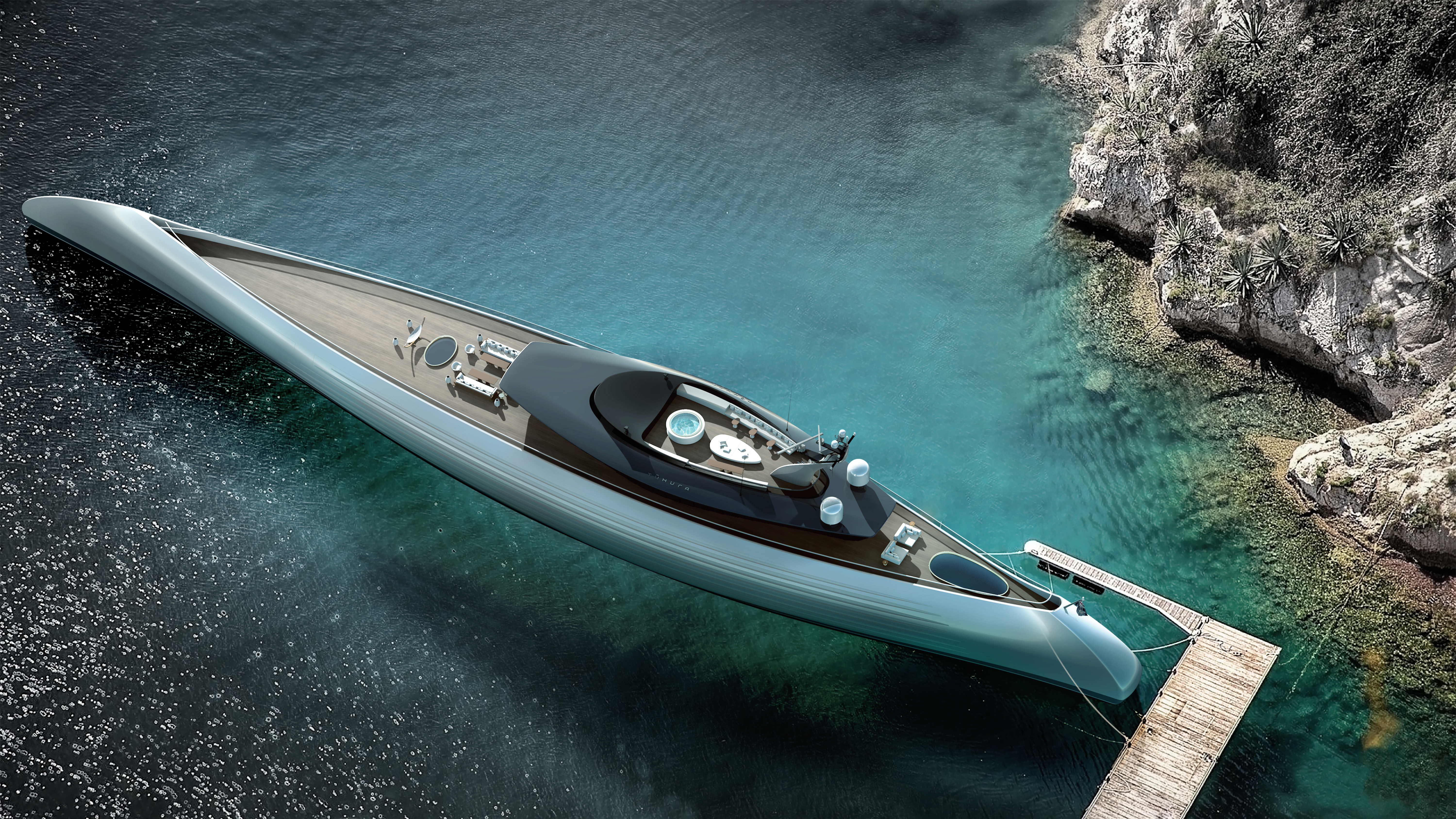 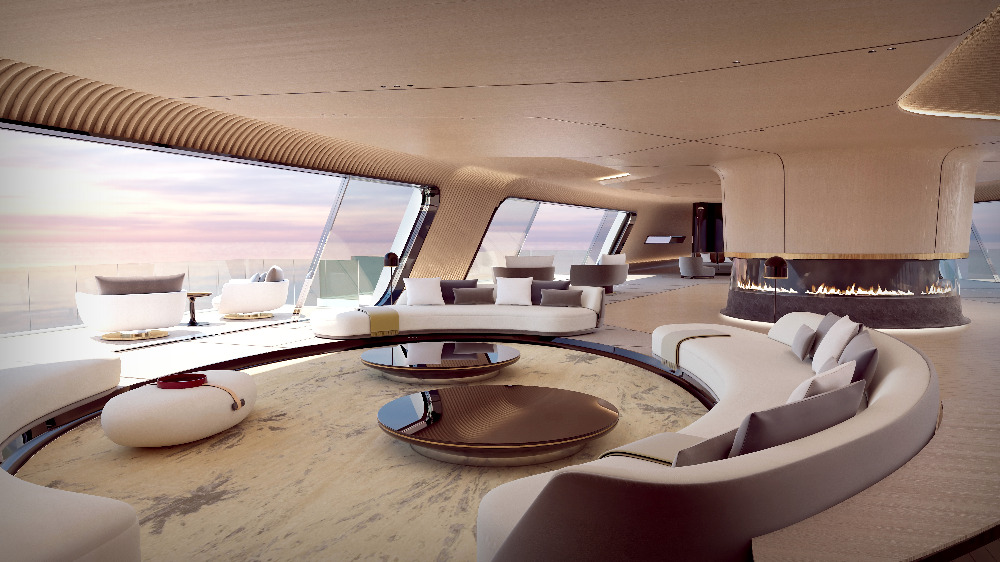 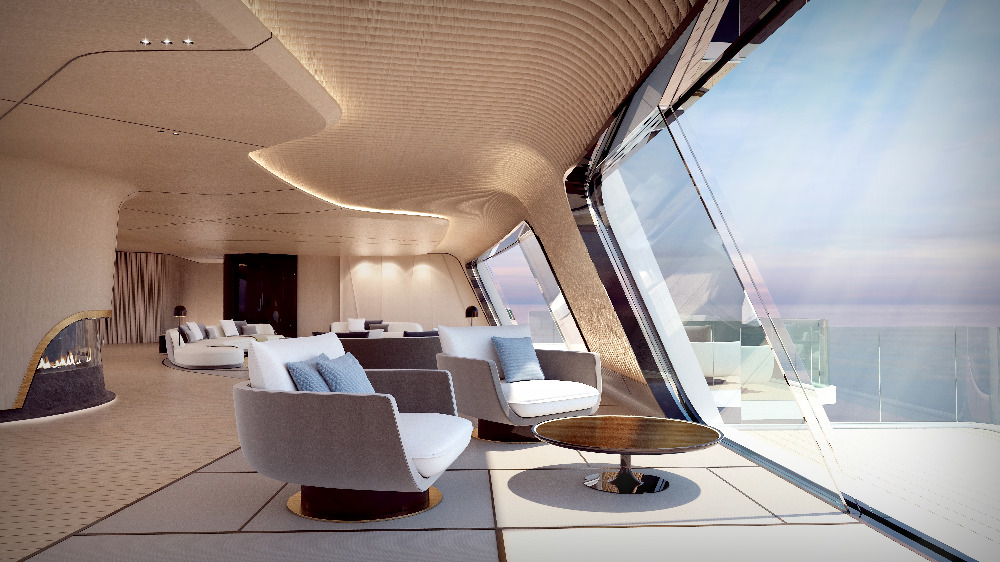 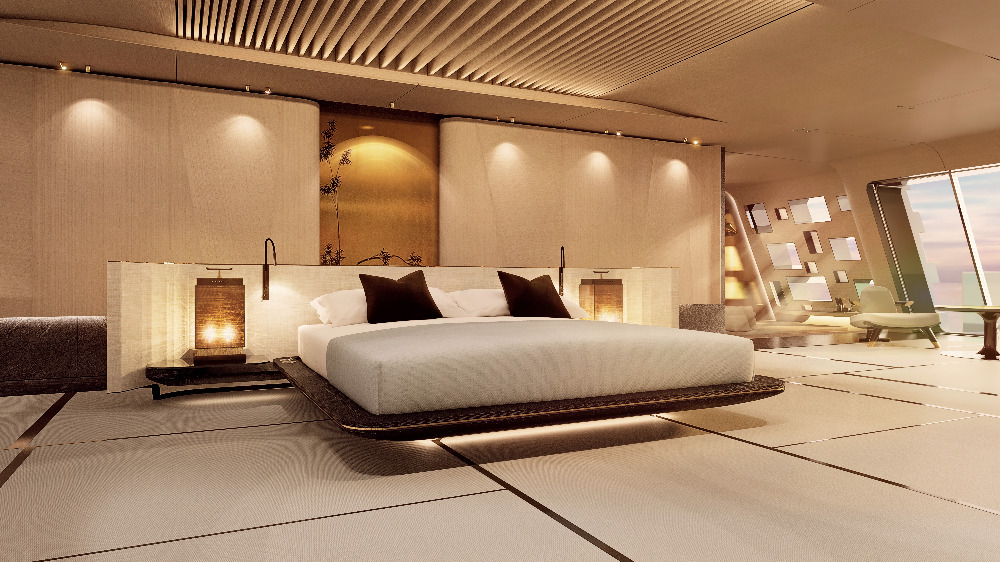 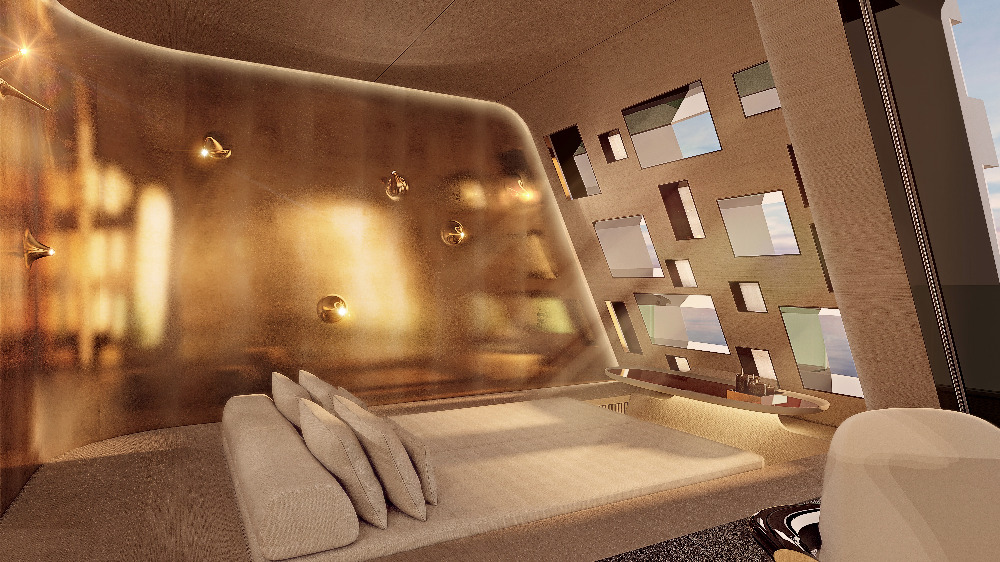 Named Tuhura, the new superyacht is a reference to the early canoes and dugouts that were an essential part of human development for millennia and that are still used in many parts of the world today. The ode to these ancient vessels is clearly resonated in the design of Tuhura, which boasts a truly unique form. According to the shipyard, “the thought process behind revisiting basic primal forms is to evoke a sense of exploration and discovery.” This is also reminiscent in the yacht’s name Tuhura which derives from the Maori verb meaning to discover, explore and investigate.

“Our Tuhura is a simple idea,” says Igor Lobanov. “The aim was to take a natural shape, similar to those seen in the earliest canoe-type craft, and augment it multifold to a larger scale using modern technology.” Intended for an owner who desires to break though the moulds of convention, the new design is refreshingly different from the rest of the superyacht fleet. This isn’t, however, the first time that Lobanov and Oceanco have worked together following the delivery of 110m Jubilee in 2017.

“The aim was to take a natural shape, similar to those seen in the earliest canoe-type craft, and augment it multifold to a larger scale using modern technology."

The idea of calling upon a natural shape in the yachts exterior has also been continued inside the yacht throughout the interior styling. “Tuhura is a superyacht conceived for a dynamic owner, nevertheless the timeless sense of peace and calmness are the main characteristics,” says Achille Salvagni, who has designed the yachts interior. “This softness and dynamicity are reflected in the humble elegance and sensuality of the primitive organic shapes echoed throughout.”

In collaboration with BMT Nigel Gee, the yacht’s hull and propulsion system has been fully developed. Due to the yacht’s shape, the shipyard has explained that its seakeeping ability is naturally efficient with good manoeuvrability. Together the team has opted for a hybrid Azipod contra-rotating propulsion system by ABB.

“The hybrid CRP system is inherently efficient and perfectly suited to the canoe form,” says yacht design director at BMT Nigel Gee, James Roy. “There is a synergy between the efficiency of the hull form, and that of the propulsion system, leading to a yacht which marries an evolutionary simple hull with an evolutionary advanced propulsion system”

Although the design calls upon a more primal form, the design team are also focused on the use of cutting-edge technology. As an example of this technological approach, the windows have been disguised into the hull using a technique which consists of multiple tiny holes, which allow the view from the inside to be completely transparent, while from the outside of the hull they are indistinguishable from the hull. LuxLab, the custom design label from Van Berge Henegouwen (VBH) has also joined the team to integrate the latest smart technology on board, including lighting, audio visual curtains, music, temperature and much more. There are also plans to create a 360 room which will be a multipurpose room for interactive design and information.