The German shipyard expects to complete the build in Spring 2021… 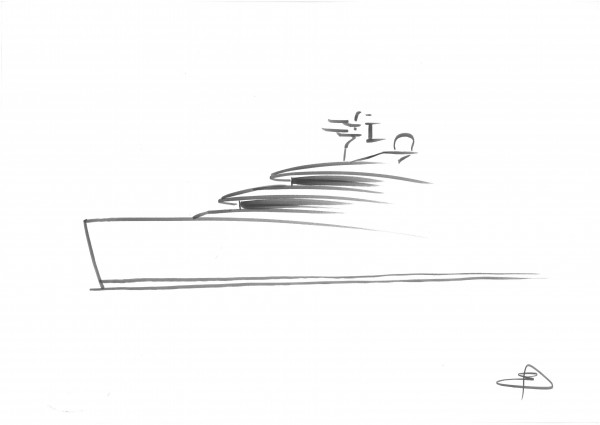 Nobiskrug revealed its latest project today, a 62m superyacht. The vessel’s design is reported to feature five decks, and an exterior design of ‘classic and contemporary elements’ from the team at Espen Øino International. Imperial acted as the broker for the sale, and will continue as construction supervisor and owner’s representative for the build.

This is the third collaboration for Nobiskrug and Imperial, who have previously worked together on Project 783 and a recently-announced 77m project. Holger Kahl, managing director for Nobiskrug, in a conversation with SuperyachtNews, discussed the successful collaboration with Imperial. “Our companies have been in close contact ever since working on the Project 783, which was delivered 2012, so that transparency and trust has been successfully built over the years.”

Kahl also explained that the two brands had many complementary methods of working, which ensures that their partnership continues to be fruitful. “We both keep a strong focus on each project, going the extra mile to materialise owner’s vision and delivering remarkable high-quality superyachts.”

In a statement to the press, Julia Stewart, Imperial director remarked: “Teaming up with Nobiskrug on a second project in a row this year is a real proof of quality and strong relationships built through the years.” She complimented the team at Espen Øino International team, commenting that all parties involved “are ready to deliver another striking vessel.”

Nobiskrug, according to data compiled by The Superyacht Intelligence Agency, currently have an 80m motoryacht due for delivery in 2019. Therefore this newly announced 62m project, alongside the 77m announced last month, marks a busy time for the German yard. As Kahl concluded, “It has been a very good start of the year for Nobiskrug and further months look very promising, so we are excited to see the further developments for the shipyard.”