The buyer was introduced by Imperial, which will supervise the project at the German yard… 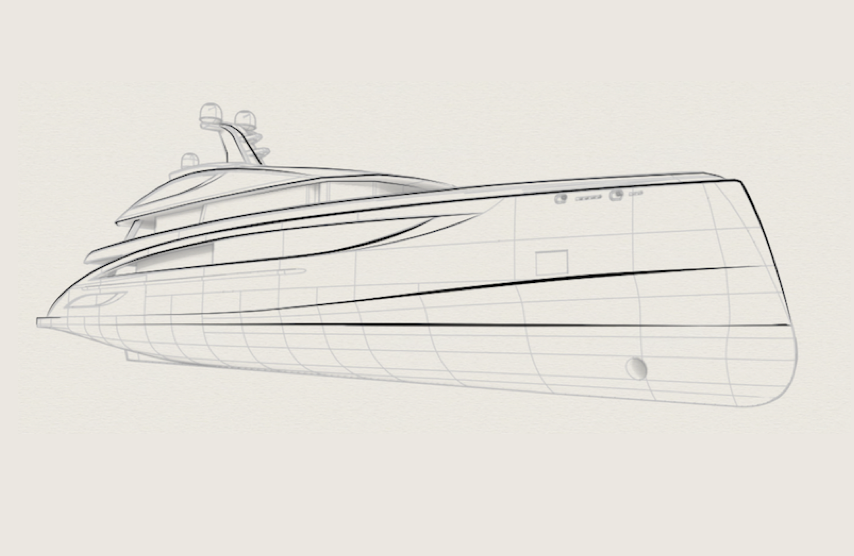 Nobiskrug has announced the signing of a 77m superyacht project. Imperial brokered the deal and will have a continued involvement in the project as the owner’s representative and construction supervisor.

The sketch in the gallery is the only visual of the yacht’s design profile released thus far and shows that the yacht will feature a reverse bow with a contemporary and sporty-looking exterior profile. The project is a collaboration between London-based studio Winch Design, which designed the exterior, and Sinot Exclusive Yacht Design is the creative force behind the interior.

In a press release issued to the public, Nobiskrug detailed that the yacht will boast five decks and comprise a large beach club and spa area. Her build will conform to the new Tier III regulations and the new Red Ensign Yacht Code Part A, which was revealed at The Superyacht Forum in November 2017.

It will be the second time that Imperial has collaborated with Nobiskrug on a 70m+ new build project after Project 783, which was delivered in 2012. Project 783 was actually sold to her second owners prior to completion at the shipyard in 2012 and was sold again on the brokerage market by Imperial in November 2017.

According to The Superyacht Intelligence Agency’s data, Nobiskrug has one other yacht under construction: an 80m motoryacht that is due for delivery in 2019. So, while the yard has no tangible output scheduled for 2018, it is active with two projects.