Fresh from upgrades amounting to €8 million, the 62m build is for sale with Cecil Wright & Partners… 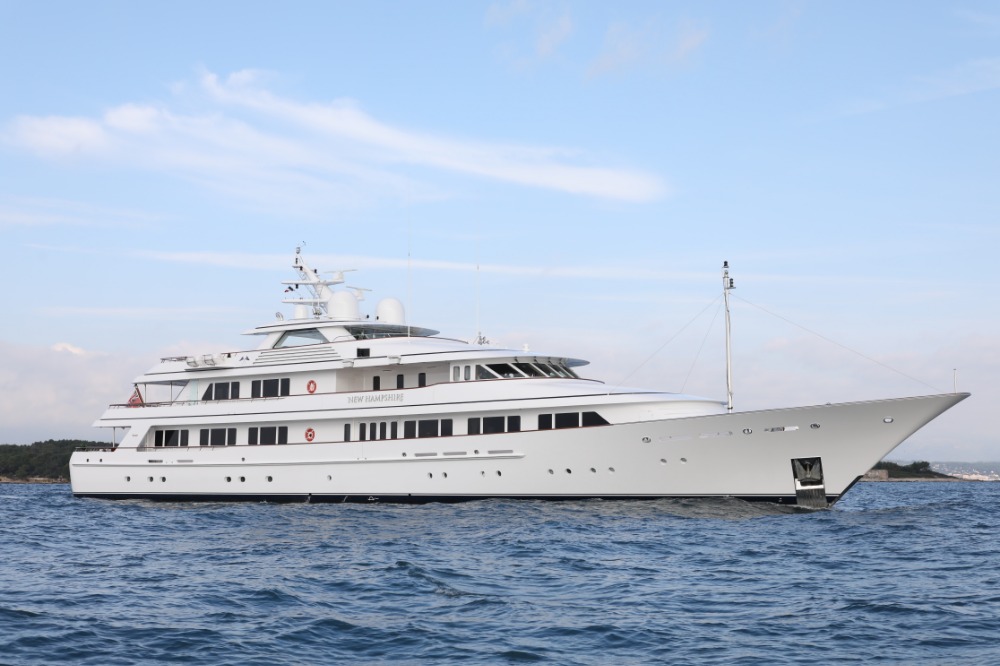 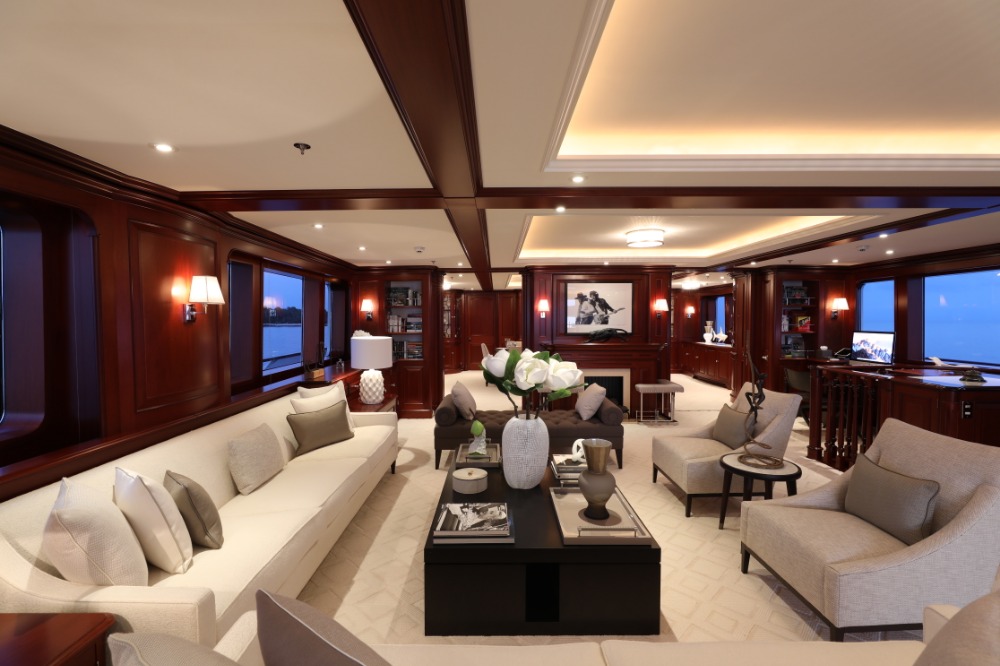 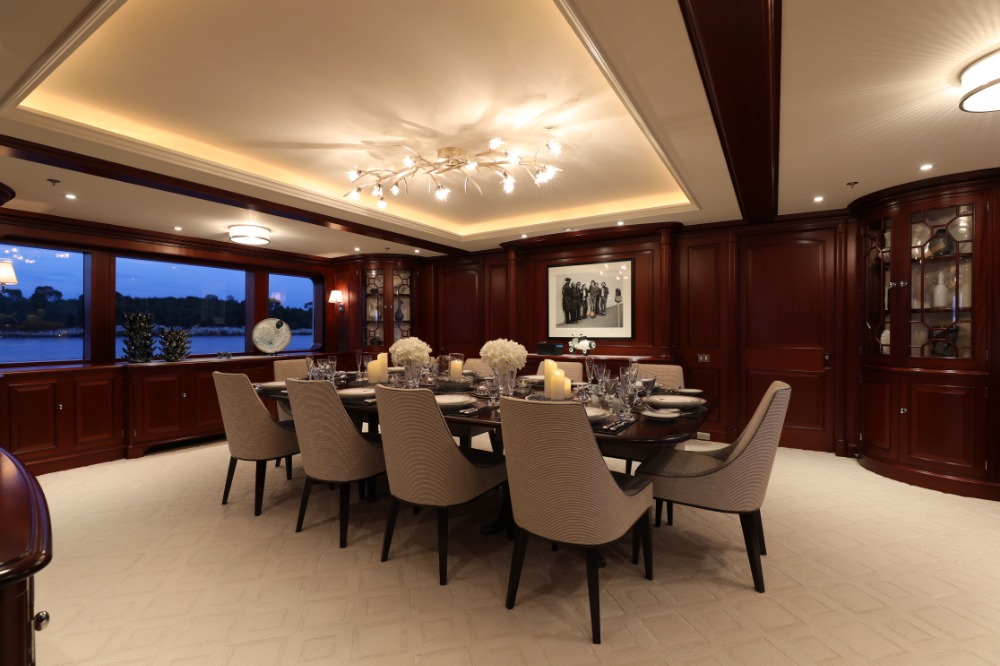 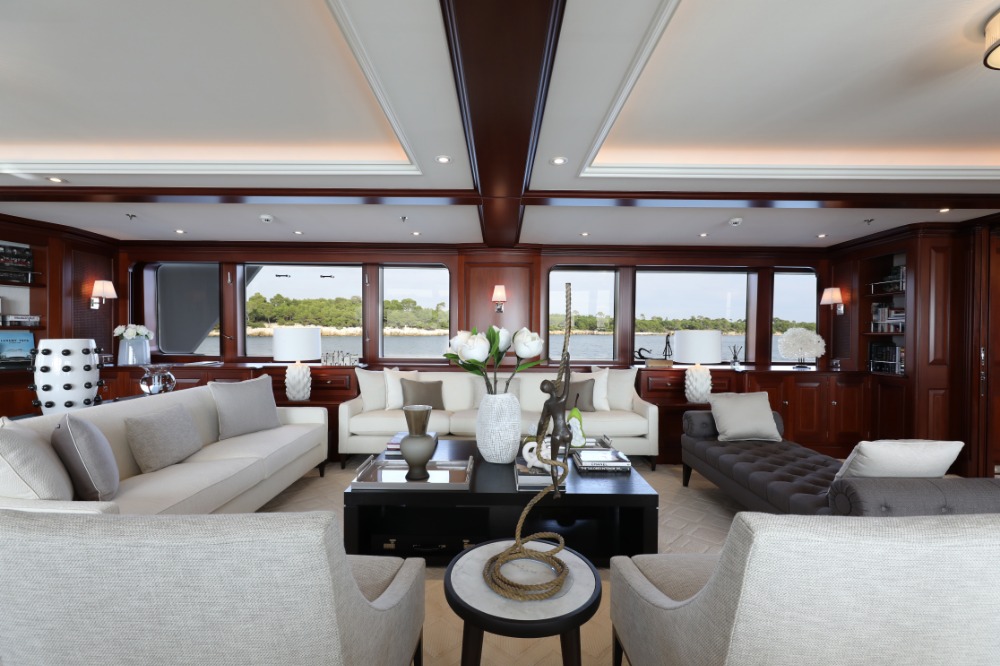 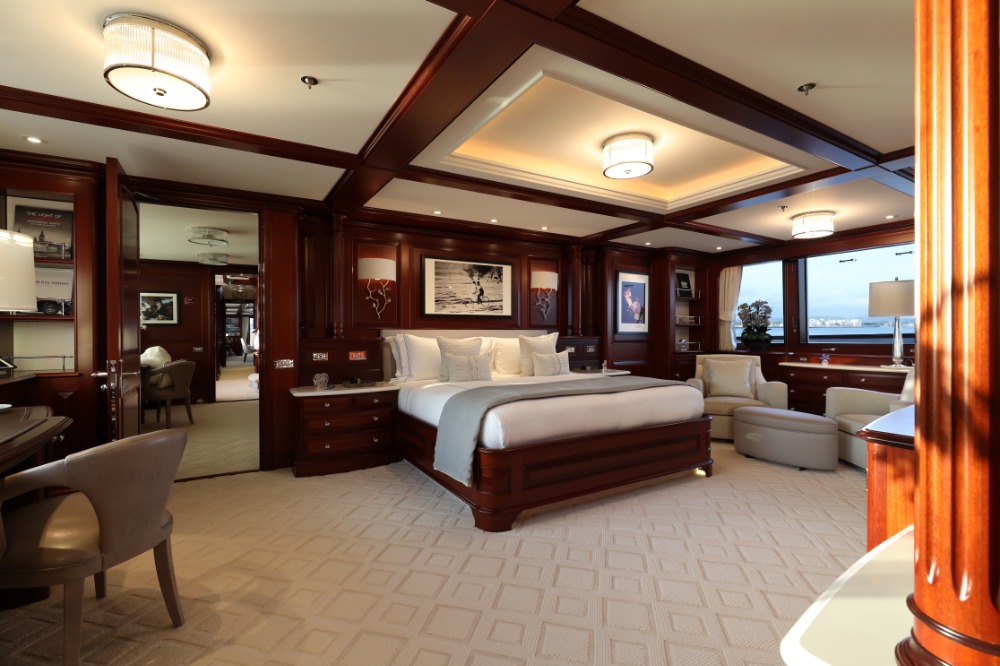 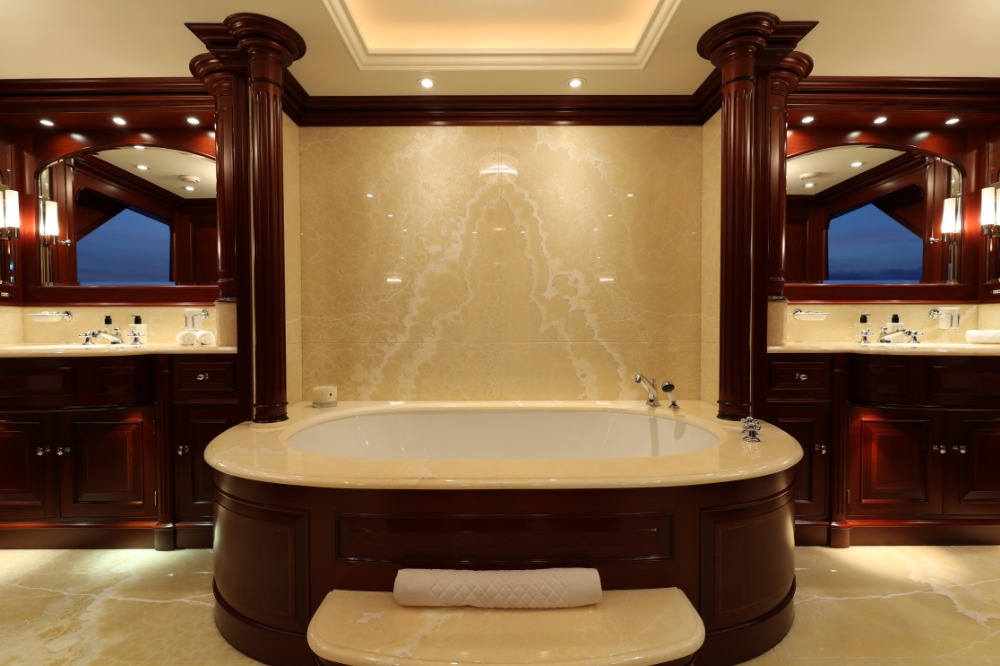 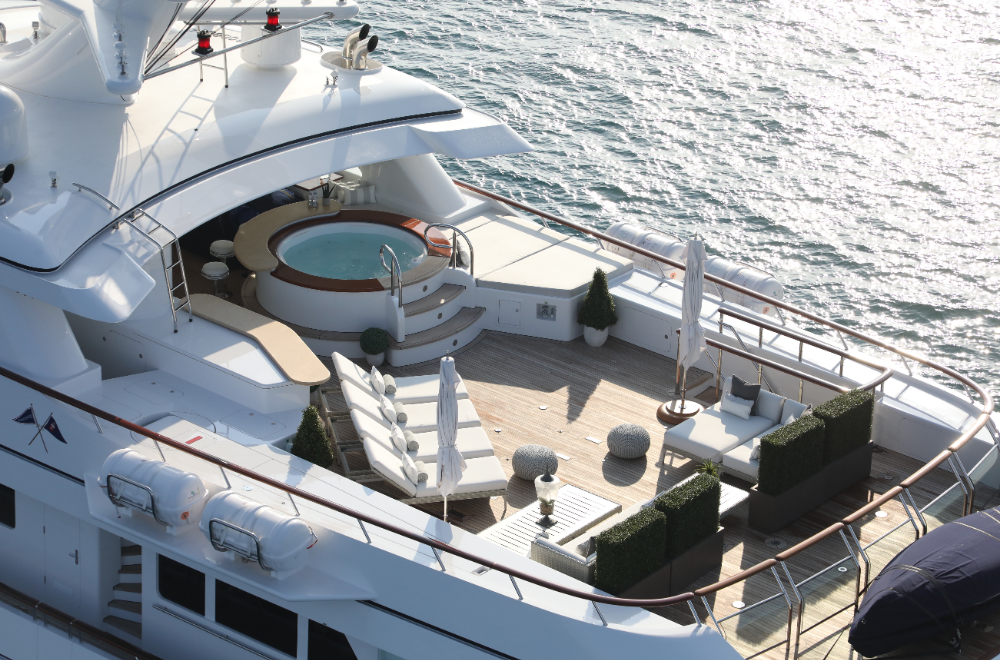 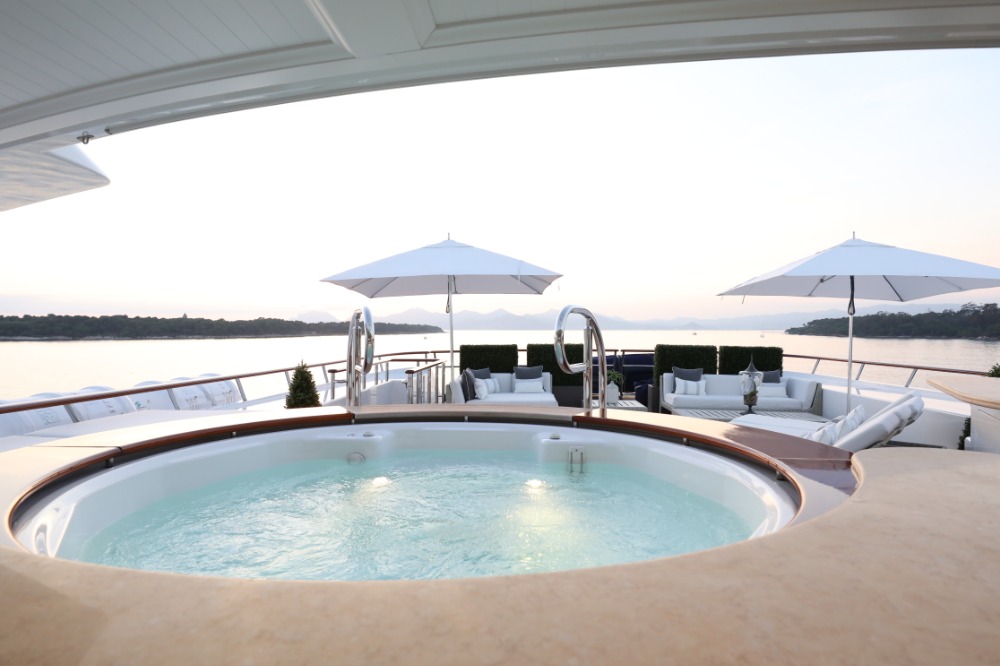 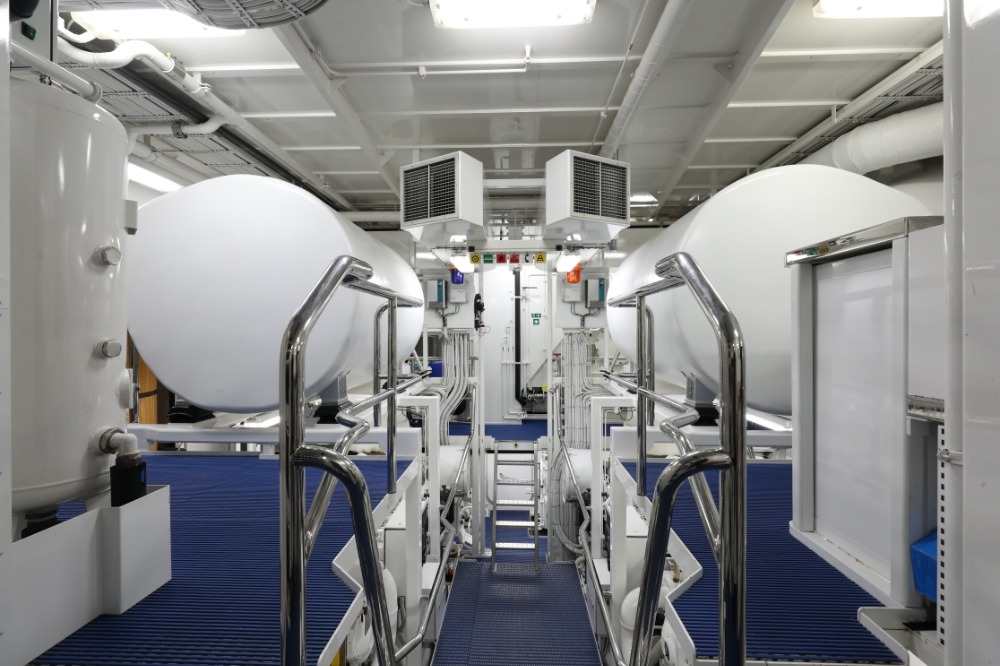 Cecil Wright & Partners has announced its appointment as the worldwide central agent for the 62m Feadship motoryacht, New Hampshire. Built by the Dutch yard in 2005, she was sold to her current owner in 2016 and has since been upgraded significantly. She is for sale at €44.95 million (VAT paid).

“A lot of her refit work was completed at Pendennis,” explains Henry Smith, sales broker at Cecil Wright & Partners. “The idea was to take a boat that was a little outdated, because the previous owner didn’t care so much about the ultra-modern tech or look, and give it a complete upgrade.” Due to the current owners wanting to use the boat more actively for business, they upgraded all the wiring and installed high-speed internet and other state-of-the-art AV/IT systems.

All in all, the current owners have spent around €8 million on the boat since 2016: €2.7 million on engineering; €2.2 million on the interior; €2.1 million on the exterior; and €710,000 on AV/IT. “They [the current owners] spent a lot, thinking they would hold onto her for ages, but they ended up changing their minds,” Smith continues. “She’s essentially a brand-new classic boat. The engines and generators were overhauled, her paintwork was done at Pinmar [a €1.5 million job]. There’s really no work that needs doing.”

Smith describes the GA on New Hampshire as “logical” and “functional”. She has a master stateroom on the main deck; a big main salon; a dining area that can be open or isolated; a vast sundeck; good service access on all decks; and a massive galley.

While a great deal of the upgrades are behind the scenes, some are more visible: “The sky-lounge was one of the main changes we made – it was kind of old school so we took the carpet out and replaced it with teak and holly, so it’s contemporary, and we put a bar in as well as changing all the soft furnishings. The owners are big into watching sport and there are 4K TVs everywhere, but you can’t see them because when they are not in use they are concealed behind moveable wooden paneling.”

He says the over-engineering is outstanding. “You have to remember the era she was built in – it was super boom time before the recession, so the attention to detail and over craftsmanship and over working is off the charts. The complexity of the cabinetry is unbelievable, to the point where it is almost completely unnecessary, even in the crew areas. It would cost a fortune to build a boat to this specification now.”

“The complexity of the cabinetry is unbelievable, to the point where it is almost completely unnecessary, even in the crew areas.”

Smith says there have been several withdrawals from the market too. Mirage was withdrawn and Jimmy John Liautaud’s Rock.It was also withdrawn, among others.

Considering the current marketplace, it’s Vanish, Anna and Larissa that Smith considers to be the closest comparables for sale. “Vanish is 1,481 gross tons and asking €85 million, which is not insane. She’s a spec build and the guy who bought her invested a considerable amount of money into her. He added a second helideck among other features. A yacht of this age and pedigree is a rarity in the market as we see it today.”

He continues: “You’ve then got Anna, which has that classic styling but a lot of the volume is attributed to the double-height master, which might work for some but not all. Larissa is spectacularly beautiful – the interior is absolutely stunning, but it has an unusual GA and only four guest cabins. Moon Sand also has a fairly unusual GA, but it depends what you want from your boat.”

On the whole, classically styled Feadships are very well maintained because they are collector’s items in a sense, but upon scouring the marketplace, I think one would struggle to find a yacht as recently and substantially upgraded as New Hampshire.